First Responders: Do We Approach Hazards Without Preplanning?

Planning ahead for substance hazards in 2017

Firefighters know how important pre-planning is. We inspect our districts, schools, empty warehouses, abandoned buildings and hi-rises. We know which hydrants are out of service, which roads are closed due to construction, traffic patterns, and every imaginable obstacle to the successful outcome should a fire or other emergency break out.

Of course, the unpredictable happens. All the preplanning in the world does not cover everything. But we respond and overcome the challenges – that’s when our skills are most counted on. Doing our best to get a handle on hazardous conditions, knowing where toxic chemicals are stored, being aware of burned out stairways, sink holes, and vicious dogs makes us invaluable resources for our community – while from our perspective, it also makes a dangerous job less so.

How Aware Are We of Our Personal Hazards? 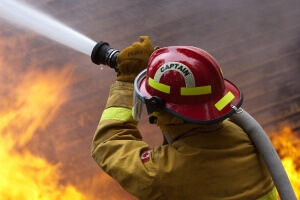 There are those with addictive tendencies who know that their use of one substance or another is spiraling out of control.
I was one of them. I walked the tightrope for years, afraid to make the commitment to bring sobriety into my life. It was easier to ignore the problem than to confront it.

I used skills earned over a long fire service career – basically the ability to lock up the ghosts of dead kids, shooting victims, mangled bodies and the like, and put them into a far drawer in my mind. Like those memories, I compartmentalized my drinking problem, wrapped it up tight, shoved it in the drawer and slammed that thing shut. Then I padlocked it, surrounded it with barbed wire, built a moat and an electric fence, and let it fester uninterrupted by uncomfortable ideas like putting down the drink for good.

I went on autopilot. I may have even called it “peace.” But deep down I knew that my lifestyle could not be maintained. I wasn’t sure which would be the first to leave me; my health or my family. The signs were there, the cold, silent nights staring at a blurry TV, snarky little comments and giant looks of disapproval. The loss of love in my marriage was painful. But I neatly put it into a different drawer in my mind and locked it up tight while passively waiting for it to re-appear like magic. Bloodshot eyes, lack of energy, bowel problems, bloating and strange pains near my liver (but not my liver, oh no, never that!) were precursors to bigger problems. But when it came to my personal health worries…

Well, I stashed those away too. I needlessly suffered far longer than was necessary. I had access to resources that could have made the first weeks and months of sobriety far better than the white-knuckle ride that I put myself on. Instead, I lived in denial and waited for the ultimatum which was always just below the surface.

When it came, which it inevitably did, I was behind the proverbial 8-ball, forced into confronting my worst fear – life without escape.

Had I used the training that made my firefighting career a success and planned by getting ahead of it through sobriety, I would have held on to more control in the long run. I stopped drinking because I ran into a wall. A blank wall, staring. My wife called me out and left me alone with it, staring back.

Now I see that as I continued to drink, my failure was one of poor planning. I simply failed to plan for the inevitable. Even if years go by without serious incident, somewhere along the way things fall apart. Relationships fail. Job performance suffers. Friendships wane. Self-confidence erodes. Life passes us by. We hit the wall. If not a harrowing brush with death, it’s a slow emptiness by attrition.That’s how I got to sobriety, the long way about. But it doesn’t have to take so long. Looking back, I’d say the best time to take action is the moment the tiny seed of an idea – like, maybe I need to get sober, get treatment – takes root. Between the first inkling of suspicion and the first step of action, many of us waste a lot of life kicking and thrashing against sobriety. It’s all time spent in limbo. And few of us in long-term recovery write that time off without regret.

Planning to stop drinking is great. What’s even greater is pre-planning. Set a date. Make a call. Get professional help. Do those things, then let the work begin. Most important, reach out.

There are plenty of like-minded people who know the enormity of the problem – they’re in your nearest 12-Step group and in the Chaplain’s office; they’re at the end of the First Responder Lifeline or your EAP’s cell phone.

When you decide to conquer the problem, someone who’s got your back can get you the tools and the plan to see the job through.