Beginning At the End

Ruminations from a firefighter who struggled

You spend your days living a lie, dressed in a uniform that those that came before you and those who work beside you made respectable. The patches on the sleeve represent honor, truth, respectability and compassion, but you feel none of those things. You are an empty shell stuffed into clothes that look good but just don’t fit.

Among other things you respond to persons who have lost the battle with the bottle. They live in homes that look respectable but hide dark secrets, or on the street where there is no room for lies, and the stink of booze oozes from the skin of people who were once like you; people with dreams, ambition, optimism and hope. Sometimes you see them in the final stages of their disease, and you wash the image from your mind. You see them in mangled cars, uninjured, as if there is a magical force that protects those who no longer can protect themselves. Until you respond to the highway for a dead wrong way driver, and the four dead teenagers that were killed by the drunken driver, and can’t wait for the shift to end to get working on washing away the self-loathing you felt while remembering those blackout nights when you did not know how you got home, or if your car was in the driveway.

You see yourself in them,but refuse to believe it.

They are different, you figure.

You get up, when they lay down.

You contribute, they take.

You are the savior

They are the saved.

You hide your compassion, never exposing your weakness, never allowing anybody to know your biggest fear.

You have managed to hide the shaking hands, but the shaking inside is getting worse. Eventually it will consume you, you know, but have resigned yourself to living a lie that will unravel slowly, or all at once. Just like the car driving the wrong way on the highway, your life follows a similar path. Everything is coming at you full speed, but you are living against the normal flow. You get away with it for a little while, averting disaster as each moment passes. You know on every level that the journey you have embarked upon will end badly, but have no idea how to stop the runaway train before it kills somebody, or, preferably, it kills you.

It doesn’t have to. We can beat it. 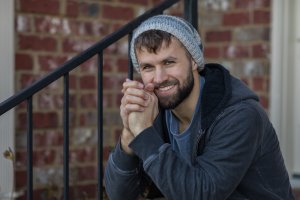 I wish I could get into the heads of all of us who struggle with addiction. If only I could let them know that there is a way out. It begins when we finally have had enough, and we just want it over. When we decide to end it, we decide to begin living again. It is difficult for people who earn their living helping others to seek help for themselves. First responders pride themselves on their ability to solve other people’s problems. Far too often, they ignore their own.

Funny thing about sobriety; our self respect begins its journey home the second our brain makes the decision to stop the behavior that has destroyed it. Even if those first few days, weeks or months are not perfect, we know that the end is coming, and we will reclaim our lives. By starting the thinking process that leads to recovery we allow the idea of getting help to take hold. It becomes obvious that getting well takes a little more than simply willing it to be so. Our desire to be the person we know we are, rather than the one that has temporarily taken over gains strength with every moment. The lies we tell ourselves recede, and the truth becomes less painful.Wanting sobriety, and figuring out how to get it fills our thoughts until the time is right, and we admit to ourselves that though we have lost the battle with the substances and behaviors that suck the life out of us, there is still a lot of living to do. The best part of living, for me is the relationships that I have developed. The friends and family I once avoided helped save me from myself. They were there during my darkest years, when I wanted nothing more than to be alone. And drink alone. And die alone. They went away for a time, pushed away by the part of me that was dying, only to reemerge when I needed them, when the part of me that wanted to live returned.

When I thought it was over, and my life would fade away somebody slapped some sense in me with these simple words; “You are simply a sum of many parts. For now, the part that wants to keep you down is winning. The other parts are waging war.”

I managed to put the alcoholic part of me away sixteen years ago, but I never could have done it alone.