The decision to begin the recovery journey is fragile at best. It doesn’t take much to derail a wobbly wagon. As a first responder, I know it is a rocky road to sobriety, even though after many years sober I also know it’s well worth the effort. In my experience, we first responders do well to let go and trust the people who care about us, despite our notion that we are the ones doing the saving, thank you very much! Even if we are alcoholics, our people are rooting for us to face our demons, fight them, and come out victorious. They want us to succeed.

Most of them anyway. Sadly, in my first responder career I’ve had the misfortune to see abject lack of care in the most unexpected places. One was on a common 911 call, someone needing help with addiction, someone whose life was locked in a downward spiral. Those of us who know how hard-won our sobriety is also know that how we handle these calls can make all the difference. 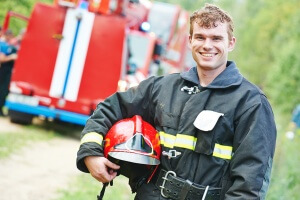 I spent nearly an hour in her home, talking with her friend, learning why she refused to get out of bed, refused to stop drinking, and refused to join the rest of us in life. Her boss had been there earlier, poured two bottles of vodka down the drain and left with her wallet so she couldn’t get more. She had no family to speak of, a brother in Maine, parents dead, husband of twenty years dead since August.

A big black German Sheppard cried at the rear door during what I call negotiations; eventually I let him in. I think that may have been the breaking point, she showed a little sign of life once the only creature who hadn’t given up on her showed concern. She got out of bed, threw on some clothes and gave in.

Her friend closed up the house, promised to take care of the dog and simply looked relieved as this drama seemed to be heading in the right direction.

What had started in the usual way actually looked like it might have some sort of happy ending. I’ve done this a few times, and it never is easy. Somebody is refusing to take care of themselves, drinking, not eating, not bathing, and just waiting to die. I cannot make them go if they don’t want to. Because somebody else thinks it is in their best interest to get on with things is no reason to drag somebody from their home and force them to rejoin society. It’s still a free country, we are free to thrive, or not.

That being said, I am free to use all of my powers of persuasion to make a difference. It is one of my strengths as an EMT. Some of us are great clinicians, others born to teach. I’m more of a therapist. Every now and then I get the tough stick or impossible tube, but talking has always been my strong point. Even when talking to the dog makes the patient pay attention, get dressed and get in the rescue. Whatever works.
We rode to the hospital; me and this desperate forty-four year old widow. She was still reluctant to give up the life she had been living since her husband’s death, but she had the courage to get going, this being the first step. I did my best to explain the procedure at the ER, how it can be cold and impersonal, but when she gets to her room and wakes in the morning the healing can begin, for real. I think she believed me.

I had her on the stretcher, she really couldn’t walk that well. We wheeled her into the busy ER. The triage nurse barely glanced in our direction.

“Can she get off the stretcher?”

“What do you mean, not really?” a look of disgust from the RN.

“We don’t have any beds, put her in a chair and throw her in the waiting room.”

Throw her. I swear to god that is what she said.

When you lose perspective and compassion, it’s time to find a new job. Maybe administration, maybe retirement, I don’t know, but get the hell out of the ER.

Perhaps if she had spent an hour in this patients home, saw the wedding pictures over the mantle, the notes from her dead husband still on the refrigerator, the dog, well taken care of and still mourning the loss of his master, the NASCAR posters and cars in the living room, the men’s sneakers still in their spot, only unfilled for five months now, probably longer considering he fought a two year battle against cancer she wouldn’t have said, “throw her in the waiting room.” 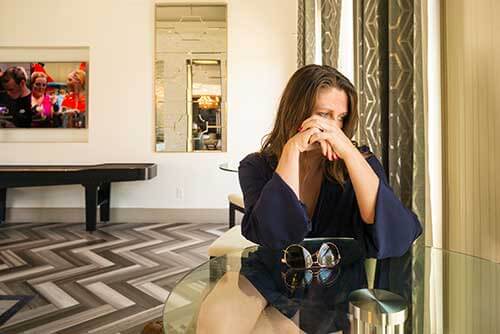 After explaining the situation, and seeing my words fall on deaf ears, I realized that she actually would have left this woman, newly committed to sobriety, there, alone, to rot.

I swear, I will never understand that kind of person, no matter how long I’m on the planet.

So, I stayed with my charge until I found another nurse, and a compassionate registrar, and made sure she was okay.

Her friend walked in, and I left the hospital. One friend is all it takes. For my part, I can only hope the woman takes the lifeline her friend is offering.

I am still stuck with the taste of that callous triage nurse in my mouth. People make our health care system work. When some of those people are broken, the entire system suffers. A broken link in the chain of patient care throws all the good everybody involved has done into the trash, and everything we do is rendered useless.

Knowing how delicate and vulnerable is that moment when someone in the throes of addiction takes a first shaky step toward recovery, I’m sorely aware of how one bad apple may be the proverbial straw, making someone feel safer in the hands of a destructive substance than with a fellow human being. In the moment of that first step, firm resolve and steady recovery are months, possibly years away. To be tested by callousness when life with alcohol is still your comfort world is a Heartbreak Hill at the end of a marathon. Sometimes it’s beyond what many can bear.

But in spite of the reprehensible behavior of those around us, sobriety is our choice. I can only say to those about to make that choice that the stakes are far too high to allow a disengaged, burned out person to ruin our chances for recovery. Nothing in life that has any worth comes easy. Battles must be fought, patience tested and inspiration found in the most dire circumstances. Obstacles must be overcome; there will be plenty of personal walls to breach, doors to force and roofs to vent during the battle for ourselves. Another person who simply does not have what it takes to help us on our journey need not be our undoing. For every one of those, there are dozens ready, willing and able to help. Find someone who is in recovery to talk to. Most of us are so grateful we truly enjoy helping someone else get there.

Then it is up to us to take what is offered, and get on with the life we know awaits us.