No Place I Would Rather Be

When the Crisis Occurs…

A man was buried alive, and I was part of the response team. This is what I lived for, what I trained for, what I would do for the next twenty years at least; rescue people. I hit the pole while the echo from the loudspeaker still filled the station, stepped into my bunker gear and climbed into Ladder Co. 7’s tiller cab.  Steve was already in the driver’s seat; I squeezed into the tiller man’s compartment, and immediately pressed the button that enabled the truck to start.  I heard the familiar cranking from the doghouse, and then the whine of the powerful Mack engine as the truck came to life. 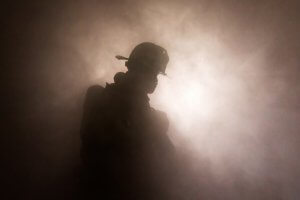 I pressed a different button, one next to the start switch.  This was my only communication with the driver of the tiller truck.  One ring meant STOP immediately, two rings meant go forward, three was for backing up.  The tiller man rang first, letting the driver know all systems were go.  The driver would respond with a like number of rings and the truck would roll.  Two rings and Steve knew I was ready, he responded with two rings and we sped out the door. I slammed the bubble windows on the tiller cab shut which did little to keep the freezing December wind and chill at bay, but it didn’t matter; there was nowhere I would have rather have been.

A mile away two men frantically dug at the earth where their friend was buried alive.  They were finishing up for the day when tragedy struck. They were excavators, digging a foundation in a hilly embankment in the city’s North End. The backhoe that they had been using sat idling at the crest of the enormous hole they had spent the day creating, never once considering it would become a tomb.  The two men stood on the spot they last saw the victim before one of the walls collapsed, burying him under twelve feet of earth. They were afraid to use the machine that made the hole in fear of crushing or cutting their friend in half.

Once our crew had assembled we took over the rescue operation, sending firefighters into the hole in three man teams to dig.  We set up emergency lighting giving the scene the look of a movie set. From inside the hole the silhouettes of firefighters holding tools resembling ancient weapons gave comfort to those digging.  I trusted those shadows on the rise with my life should the earth shift and I become entombed.

We all had a turn. The ground was recently turned by the backhoe and easy to move. It was also potentially deadly.  I looked at a twenty-foot wall of instability, waiting to crush us while I took my turn with the shovel, ever mindful of how fast a cave-in happens.

As the minutes pressed, the digging became more frantic.  Eventually we had the backhoe operator carefully remove bigger mounds of earth, knowing every second was vital to the buried man’s chance for survival.  After taking a few scoops from the hole with the backhoe, our guys returned and found the body; just an arm, but we were revitalized.  The digging picked up steam as we tried desperately to free the man.  Minutes flew by, oxygen was passed into the hole, and eventually an oxygen mask put on the man’s face.  Eventually we freed the victim, limp and lifeless from his grave.  We placed him in a stokes basked and raised his body, passing him through us to safe ground.  He never had a chance. It was my first experience with sudden death, and though I hid it from my peers, the experience profoundly affected me.

I have never “gotten used to it.” 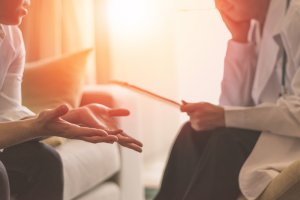 There was no transport, the medical examiner took over.  We silently picked up our gear and went back to our stations. It is vitally important to be with your friends and co-workers after living through a traumatic event.  Back at the station we talked about the incident while washing the dirt covered shovels and portable lighting, feeling sympathy for the man who went to work that morning and never would come home, wondered if he left a wife or children.  It makes it easier to share your thoughts with people who have lived through the same experience.

That was our last call of the day. Most of the crew assembled at “The Club” to sort things through.  I knew that if I joined them I would not make it home until it was far too late. Even an active alcoholic sometimes has the ability to make a rational decision, sometimes. The pressure to join the crew was intense, but instinctively I knew that I had to pass. The emptiness of my car was suffocating; I couldn’t wait to get home.  Eventually I made it, looked at Cheryl, kissed her, hugged her and broke down in tears.  I don’t think I cried for the man who died in the hole, I’m not even sure why I cried.  All I know was it was good to be home and there was nowhere I would rather be.

Had I not taken the steps that lead toward sobriety I never would have known how to process emotional responses that have the potential to turn deadly. Twenty five years of suppressed horror will find their way back into our consciousness, no matter how hard we try to drink them away. Sobriety not only improved my life exponentially, it literally saved it.

First responders often struggle with addiction differently from their peers. The downward spiral of alcohol and drug use may seem insurmountable, but there is hope. Medically-informed addiction treatment can help first responders overcome trauma and substance abuse. Don’t wait to start your life in recovery. Call now, or click to chat.