Heroin Addiction Treatment Admissions Up, Media Coverage of Need for Opiate Treatment Down 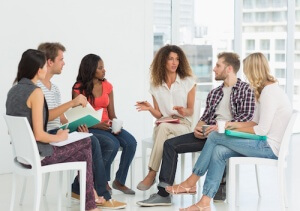 Prescription painkillers like OxyContin and Percocet have long been in the spotlight as problem substances, causing overdose and addiction across the country in populations and regions that had previously been untouched by opiate addiction.

Today, the drug of choice in these areas has shifted slightly. Due to an increase in regulations that has made it more difficult to maintain an opiate addiction by using prescription medications, many people have moved to a substance that is far easier and far cheaper to acquire: heroin.

According to a report released by the Substance Abuse and Mental Health Services Administration (SAMHSA), more and more Americans are seeking treatment for a dependence on heroin as well as prescription medications. In 2013, an estimated 19 percent of treatment admissions to programs that were publicly funded were in response to a need for heroin addiction treatment, an increase from the 15 percent of treatment admissions for heroin addiction in 2003. Similarly, about 9 percent of people admitted to treatment sought help for dependence upon OxyContin and Vicodin in 2013 as compared to 3 percent in 2003, according to HealthDay.

Though it is disconcerting to see opiate addiction increase so significantly, it is good news that some people are getting the treatment they need. However, in addition to working to help prevent new cases of opiate abuse and addiction, it’s clear that we also need to focus on connecting the rest of the population living with opiate addiction with treatment services that will help them heal.

Kana Enomoto is the acting administrator of SAMHSA. In an agency news release, Enomoto said: “Time and again, research has demonstrated that treatment helps people with substance use disorders to regain their lives. As with other life-threatening conditions, this step can be the difference between life and death. We need to encourage people to seek help. Treatment works. People recover.”

Getting the Message Out

While the media has not overlooked the increasing use of heroin and other opiate drugs across the country in the past decade, their focus as not been on the need for treatment per se but on the criminal aspect of the issue.

A study published in the journal Psychiatric Services found that about 64 percent of stories in the news on the subject of opiate use and abuse focused on law enforcement issues while about 42 percent discussed prevention efforts, and only 3 percent mentioned the need to expand treatment options in order to effective address the issue.

Emma McGinty of the Johns Hopkins Bloomberg School of Public Health was lead researcher on the study. She said: “That surprised me, frankly. I really expected to see more of a shift to a public health and behavioral health approach to the issue.”
Unfortunately, the focus of many articles was on prescribing physicians who were charged for illegally prescribing addictive medication and the arrests of those who bought or sold addictive medications illegally, according to NPR.

It’s not necessarily unexpected that the media would choose to focus on the more salacious issues associated with opiate addiction.

It is, however, an indication that the focus of the public is not necessarily where it needs to be in order to create positive change and turn the tide of opiate addiction and deaths.

As Enomoto pointed out, treatment works – but in order for treatment to work, people must know that services are available and have the ability to connect with those services. In many places, this is easier said than done. Especially in rural areas or in areas where there is more need then there are available beds in treatment centers, accessing a program in a timely manner may require thinking creatively.

If someone you love is struggling with opiate addiction and in need of treatment yet there are few options close to home, one of the simplest ways to remedy the problem is to expand your search. Out-of-town, and even out-of-state, options for drug rehab can significantly open up possibilities in recovery. Additionally, choosing an out-of-town drug rehab program offers other benefits, including:

Even if there are a number of treatment options close by, sometimes the right program requires travel. Personalized care and resources that speak to individual in need are essential. If it means getting in the car or on a plane to access that level of care, it is well worth the effort.

No matter what, there is no justifiable reason for postponing treatment if opiate addiction of any kind is present. Every day and every dose may be a potential overdose, and the threat of damage to relationships, long-term physical health, mental health, and opportunity is continuous as long as addiction is a driving force.

Editorial Staff
The editorial staff of American Addiction Centers is made up of credentialed clinical reviewers with hands-on experience in or expert knowledge of addiction treatment.
Categories
Recent Posts
Related Tags
heroin
Don’t wait. Call us now.
Our admissions navigators are available to help 24/7 to discuss treatment.
Why call us?