Is Your Summer Drinking an Indication of a Serious Problem?

Kegs by the pool, a case of beer at the beach, packing lots of liquor for camping trips, or continuous refills on beer in plastic cups at the baseball game may be what you – and everyone around you – do during your downtime in the summer. 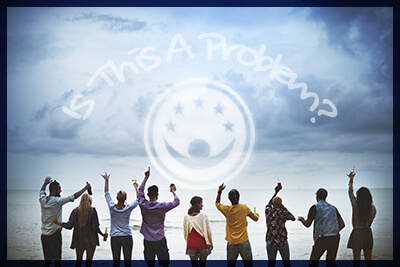 How do you know when your use of alcohol – “normal” or not – is causing serious issues in your life – problems that may require treatment?

How Much Is Too Much?

Binge drinking is defined as any amount of drinking that brings your blood alcohol content level up above .08 percent. On average, this is accomplished with four or more drinks for women and five or more drinks for men in a two-hour period, according to the National Institute on Alcohol Abuse and Alcoholism (NIAAA). Heavy drinking is when binge drinking occurs five or more times in a month.

Because binge drinking doesn’t happen daily, and most people are able to maintain some level of functionality at work and with family and friends, many don’t see it as a problem. How do you know if it’s a problem for you? Here are just a few of the signs:

Binge drinking brings with it a litany of risks. No area of your life is immune from its effects. Socially, you can lose those who are closest to you when you become “uninhibited” in word and action while drunk. Financially, you can lose it all when you make mistakes at work, miss too many days due to hangovers, or make mistakes while under the influence that impact your ability to work.

According to NIAAA, your health is deeply impacted on all levels as well. Effects on the body include:

Some of these risks, both social and physical, can occur with a single heavy drinking session while others build over time with regular drinking.

If you determine that your use of alcohol has reached a crisis point, one way to determine whether or not treatment is necessary is to undergo the “dry” test. Give yourself the task of staying sober for the next month – not a single drink or drug of any kind – and then try to limit your use of alcohol to no more than one standard drink in a 24-hour period for the next two months. Check in with yourself at the end of that time. Did you stick with it? How do you feel? Are you able to sustain those habits? If not, it is time to consider treatment.

Are you ready to connect with treatment services and begin the process of putting the harmful effects of binge drinking and heavy drinking behind you?