No Need for Excuses

I used to think that my addictions would be my salvation should something dreadful happen while I was under the influence.

My demented reasoning led me to believe that all would be forgiven because I had a disease. I figured I could continue doing exactly what I wanted, which in my case included drinking absurd amounts of alcohol, abusing pain meds and pretty much whatever I felt like doing. I thought that the world that I chose to isolate from would understand that I was a victim, and needed help, not condemnation.

Problem is I wasn’t always physically impaired by drugs and alcohol. When I wasn’t I still believed that I was somehow protected because of my status as a person with a condition. That thinking allowed me the freedom to continue killing myself. I truly believed that I was only under the influence when I was inebriated. It took some time, but eventually I came to understand that my entire life experience had been taken hostage by the substances I was ingesting.

Even my sober thinking was influenced by the residual effects of my nightly foray into the escape of my choosing.

Work and family responsibilities often took me away from my destructive behaviors, and during those extended periods of abstinence I believed that everything was under control. All I had to do was endure whatever time it took to get back to business as usual. I believed that my work performance was fantastic and that I was quite the family man. It wasn’t, and I wasn’t. It took a lot of time for me to come to terms with that. I think my inflated opinion of myself had everything to do with my ability to live in denial which for me became more devastating than the actual episodes of inebriation. It must have been unbearable for my friends and family to witness, but I will never know the extent of it because I was too busy fooling myself with visions of grandiosity. I was indestructible as I self-destructed, full of fabricated arrogance and delusion.

Drunken men do drunken things. I was fortunate; the drunken things I did never exposed me or my family to ridicule. I managed to fall apart in relative anonymity, and recover in private as well. It is always a great time to seek help with addiction, but I believe the best time to so is before the imaginary trump card needs to be played. Truth is, the get out of jail free because I’m an alcoholic or addict card only exists in our mind. We will be held accountable for our actions, whether or not those actions were a result of our behavior triggered by our addictions. The world may forgive, but it never forgets. A person will be applauded for facing their addictions, yet still be condemned for allowing that addiction to fester. The good we do by getting clean and sober will be overshadowed by whatever mistakes we make before doing so.

“The evil that men do lives after them; the good is oft interred with their bones.” – William Shakespeare 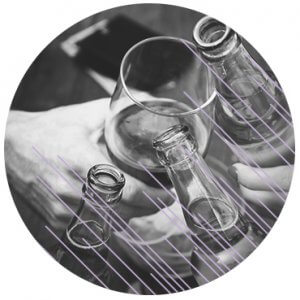 Waiting for disaster to strike is not a good strategy, and a good strategy is exactly what is needed to beat addiction. You will not grow out of it. You will not get tired of it. You will not wake one day and say, “that’s enough of that.” You will have moments of clarity when these thoughts have an opportunity to grow into cohesive action. Those moments need to be nurtured, held on to with everything you have and not allowed to escape back into the abyss of the addicted mind. Recovery from addiction is absolutely possible, and one of the many advantages of living a sober life is having the ability to face everything life throws at us with no need for excuses.