Sobriety – Where Have All the Party Buddies Gone? 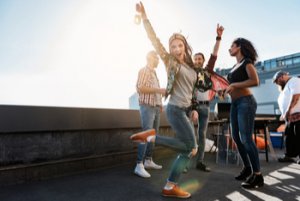 Your first few weeks in recovery, you may take a look over your familiar community and see a changed landscape.

However satisfied you are to be rid of the addiction that made your life miserable, one of the more challenging doubts in your decision to embrace recovery can be the fear of being ostracized. Nobody wants to be left out. When I first got sober, I hated for people to know that I “didn’t party” (as if what I had been doing could actually be considered partying).

Truth is, the party, for me, was over long before I stopped drinking. From my vantage point now, with many years of sobriety, I can see the ways my drinking actually stopped me from joining the party. People like me, who forget to stop drinking when they have had enough, don’t realize that there’s far more fun to be had at any party because somewhere in the fun, we checked out. While we were checked out, alcohol successfully kept us from enjoying the company of others, a great band, a good game, or a celebration – sometimes that celebration may even have been for our own, most recent success.

Besides not really being at the parties you are at, there are other delusions at work. For example, all those great party buddies you’ve gathered over the years – what are they thinking of you, all sobered up? Do they find you a disappointment? But as you gather time in sobriety, you begin to see those friendships in a different light. You consider that the people who concern themselves with your partying status are actually not wrapped tight enough for you to worry about to begin with.

In the case of alcoholics like me, one of our big deceptions is the belief that we “free ourselves” with alcohol.

Inhibitions (all that crap other people have laid on us) melt away, and we “loosen up” to become the brilliant comic or pundit we really are.

As I look at it now, I think, a person is what a person is without chemical enhancement. Using alcohol to shed inhibitions reveals, not the true person exhibiting inhibition-free behavior; rather it is the substance itself conveying the behavior. The old word “crutch” comes to mind, and I think, though as alcoholics we’d never admit it, we do feel the truth of it. But we choose to bury the idea inside, somewhere deep. As we hide our cherished dark secret from even ourselves, we nurse it with alcohol. Maybe the people who leave you out of their partying plans have some such secret to hide. Maybe their not wanting you around while the secret is exposed is not about your lack of party skills. Rather, they are intimidated by the fact that you no longer harbor the secret. Nor do you provide cover for anyone else’s secret.

People like I was, when I engaged in all-you-can-drink partying, had a saying, a “club code,” if you will, for our party club: “You are what you drink.” From my current vantage point, I see a statement that can only be true when what you drink is shaping your behavior. Maybe you like those one-liners that only alcohol seems able to bring out of you. And sure, alcohol can do that for you – for a while. But it comes with a trade-off, filling your sober self with self-doubt and increasing your need to be drinking.

What you drink has absolutely nothing to do with who you are. The freedom that results from the decision to put the drink away is so overwhelmingly liberating, people in their first days and weeks of sobriety can hardly believe how good it feels. Those with some sober time under their belts refer to the first moments of sobriety as “the pink cloud period.” Everything seems better, brighter, and more alive than it has in years. The similarities between the first days and weeks of sobriety, and the first few times the effects of alcohol are felt are surprisingly similar. However, for an active alcoholic, drinking always makes them feel worse, whereas sobriety just keeps feeling better. And that’s the good part about sobriety.
Being left out of a night on the town may not be a bad thing. Being the official designated driver is absolute nonsense. Being with people who drink enough to render themselves incapable of driving home safely is simply not much fun at all. Getting drunk, binge drinking, carrying on like teenagers, and shedding inhibitions may sound like partying to some, but as sobriety clarifies your thoughts, you realize that the behaviors you are being left out of are exactly the ones that need to be avoided. You have given yourself a priceless gift. You no longer need to be a slave to society’s demands. You are free to be your own person, a person who chooses to live life unencumbered by performance inhibiting substances. 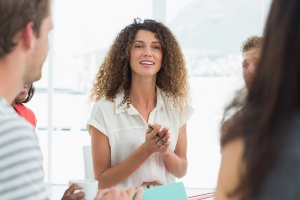 There is something fascinating about being completely in control. It grows on you, and it feels great. The thought of willingly giving up that control becomes obscene. As you grow in sobriety you learn that the control you have mastered allows you to do anything your heart desires. No longer do you need to be weighted down by self-induced limitations. There are no limits to what you can do, nothing to hold you back, no excuses, no lies and no regrets.

All there is is you.

It’s time to join the party of your choosing while the crowd who shuns you gets drunk again.