Suicide in the Ranks: Firefighters Moving in the Right Direction 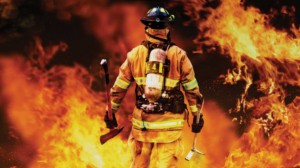 “Mike was one of my best firefighters — a veteran of more than 20 years — one of those guys a chief can count on to get the job done. Rarely was there a structure fire, a rescue, or an auto extrication at which Mike wasn’t elbow-deep in the job at hand.”

Those are the words of Longmeadow Massachusetts fire chief, Eric H. Madison, about a fireman who had seen some of the most horrific duty calls in the business. Chief Madison also walked by Mike’s side through a PTSD diagnosis, a year of therapy, and a battle to secure disability payments. Four months after the disability came through, Mike succumbed to depression and took his own life.

The fact is, this outcome is all too familiar. In 2012, there were 61 validated firefighter suicides and in 2013 there were 62, according to Firefighter Behavioral Health Alliance. Canada had 27 reported first-responder suicides in the last half of 2014 alone, according to Team Conter Memorial Trust, a group that works with responders suffering from PTSD.

“The prevalence of post-traumatic stress disorder varies anywhere between 20 and 30 per cent over a lifetime career.” – Dr. Wayne Corneil

PTSD is too common to ignore.

In the case of Mike, Chief Madison took all the appropriate steps to get help and continued to follow through himself. But what about the Mikes who don’t have proactive chiefs? Or the Mikes who never come forward because of the stigma associated with PTSD?

Their numbers may be higher than anyone knows. Over the course of a first responder’s career — confronting death, near-death, tragedy, crisis, and immense personal risk — experiencing PTSD at some point, experts say, is approaching close to the norm.

“The prevalence of post-traumatic stress disorder varies anywhere between 20 and 30 per cent over a lifetime career,” reported University of Ottawa professor Dr. Wayne Corneil. Corneil, who specializes in traumatic stress and occupational health at UO’s Institute of Population Health, was responding to a recent news story in which Canadian firefighter Brandon Hogan came out about his PTSD.

“You definitely need a forum or someone to talk to,” Hogan advised fellow firefighters.

Why is no one talking?

And that points to a part of the problem. Firefighters’ experiences with PTSD, and suicide in particular, are difficult topics to find in forums, much less are they buzz topics in the firefighting community.

The Ottawa news story about Hogan ended on an upbeat note by reporting that the Mental Health Commission of Canada and first responder groups were working together to come up with solutions. And yet, the Ottawa Fire department “was unavailable for comment” when reporters came knocking. What is the reason for this reticence?

What exactly is being done?

Though departments across the country are a diverse group with little standardization, much less centralization, there are concerned groups, such as the organizations involved with firefighter safety, taking the suicide issue on — the Firefighter Behavioral Health Alliance (FBHA), the National Fallen Firefighter Foundation (NFFF). The hope is that recommendations will trickle out to the branches and become part of procedures across the thousands of fire departments. The recent Tampa 2 summit on firefighter health and safety, attended by federal partners such as the United States Fire Administration and Congressional Fire Services Institute, as well as the FBHA and NFFF, made some headway not just on mental health and PTSD, but specifically on suicide. At Tampa 2, firefighters addressed the problem of suicide within its list of recommendations for improving firefighter health and safety:

In his summary of Tampa 2 on firerescue1.com, Editor-in-chief Rick Markley acknowledges that “there’s work to do. But the group I saw gathered in Tampa did a lot more than pay lip service to firefighter safety. It is up to all of us to keep up that momentum.”

Markley said that among the targeted issues of health and safety, such as wearing a seat belt, mental health issues are going to be the “greater challenge.”

According to Markley, “This number, 888-731-FIRE, should be plastered in every dayroom.”

While extoling the headway made in combatting PTSD, Markley also feels this is the time to double down our efforts.

“Solving this problem is all the tougher as there are no quick, easy fixes once it’s diagnosed, and getting to the diagnosis stage is even tougher. We still cling to the belief that mental health issues are more a weakness of character than an illness of body. Yet, the brain is a central part of the body.” – Markley

In conjunction with the Tampa 2 initiatives, a firefighter focus group pointed to roadblocks that might hamper progress in the struggle against firefighter suicide, citing four key challenges:

Until these are addressed, movement forward may be slow, but it has begun. Join the conversation: Why do you think firefighters hesitate to ask another firefighter if they have a mental health problem?

Share
Categories
Recent Posts
Don’t wait. Call us now.
Our admissions navigators are available to help 24/7 to discuss treatment.
Why call us?