When somebody finds the courage, or runs of out of options, and goes to “rehab” they have begun the process of recovery. Their future rests squarely on their shoulders. Their future can also be made a lot less difficult by the behavior of the people in their lives, or more so. The person returning from what those of us who have been through it call treatment has learned how to navigate the difficult social situations that had a lot to do with their abuse of drugs and alcohol. People are different; some thrive in the social setting while others prefer to be left alone.

So, what do we do when our colleague returns from “vacation.”

Welcoming a colleague back from whatever brink led them to seek treatment need not be complex. The person who returns to the group is probably feeling more than a little anxiety. There is very little others can do to alleviate that other than simply to accept that person back.

Ignoring them is probably the worst thing you can do, closely followed by interrogating them.

What I have found effective is simple curiosity. Being curious about a person – the whole person, not the alcoholic or addict part of the person does wonders for somebody who is struggling to regain their confidence. Just knowing that somebody cares enough to acknowledge their presence gives a person new in recovery something other than the problem of addiction to think about. Being welcomed back into the group, whether or not they were even expelled from it does wonders as well.

A person in recovery has a lot running through their mind. The skills they learn in treatment need to be meticulously maintained or run the risk of becoming noise lost in the maze of thinking needed to survive like everybody else. The difficulty many who lost their way while in the grip of drugs and or alcohol have navigating in a complex world do not magically disappear once treatment is over, rather things become more difficult. Losing an effective coping mechanism takes some getting used to, and the best way to get used to it is by acceptance from the people we spend our time with. 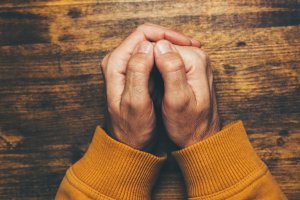 Like it or not, when things have become so out of control we need to go away for a spell, people notice. As good as we are at keeping our secrets, some are better at uncovering them. People talk, and what better to talk about than somebody who has temporarily lost their way? Acknowledging that there was a problem, accepting that the problem is being treated and moving on is one of the greatest gifts you can give to a recovering alcoholic and/or addict. The alcoholic/addict has plenty of guilt, shame and remorse rummaging around their head, no need to pile onto that heap with new fears and accusation. Pretending that things are exactly as they were prior to treatment is disingenuous, and the person recovering has learned that rigorous honesty is essential to healing, and maintaining sobriety. They may or may not want to talk about their experience, but giving them that option alleviates a tremendous amount of stress for everybody involved.

It is difficult for people who do not struggle with addiction to understand that the person struggling did not create their problem with intent. Nearly every one of us takes a drink at some point in our lives, and a lot of us experiment with drugs. Nobody – not you – me – or the person unreachable knew that they would be the one that would be unable to do so safely. Judging a person, and believing that you are somehow superior to them because you can drink safely, or leave the drugs alone after trying and deciding to leave them is useless. The person addicted has already judged themselves, and more likely than not has done so harshly.

Working together to keep a person on track is essential.

The best part about that is the only one doing the truly hard work is the addicted person. Everybody else simply has to be understanding.