Though most of us will deny it; I certainly did, our career as firefighters defines us.

It is nearly impossible to do what we do without what we do becoming who we are. Firefighting is not a “normal” job, and firefighters are no longer “normal” people once they don the gear. Those turnouts and airpacks weigh a lot, (up to 80 pounds dry-three tons wet) but the physical weight is only a fraction of the burden. Under the gear are human beings-people with the same dreams, problems and fears as the rest of the world. The BIG difference? The rest of the world depends on us to make things right when they go wrong, or die trying.

And most of us love it. We love being the ones who can take control, enter a disaster area and leave it far better than we found it. We love telling people what we do. Some of us act like it’s no big deal, and downplay it. Others do anything they can to advertize who they are. Stickers adorn the windshields of many a firefighter, and firefighter t-shirt sales never ebb. Even the salty dogs take enormous pleasure from being the ones who lived the life and lived to tell the tales. Of course, there are the ones who don’t talk about it. They leave work at work and enjoy their time off without letting the job get in their heads.

They are the strong, silent types, the isolators, the rocks. I always wondered if they were as strong as I was led to believe.

A while back I was talking with the cable guy. He was in my basement, fixing something or other, had to open a door behind which held my relics.

“Are you a firefighter?” he asked.

“Once a firefighter, always a firefighter,” he responded. “You write these?” he asked pointing to a stack of unsold copies of Rescue 1 Responding.

“I read your first one, my dad was a firefighter.”

I never know what to expect when a firefighter or their family reads one of my books. The strong silent types like to stay quiet, and sometimes are not very kind to somebody like me, somebody who not only talks about it, but writes extensively about it.

“He never talked about it.”

I braced myself for what was next.

“He died at fifty. Heart attack. Probably should have talked about it.”

I gave him one of my books. 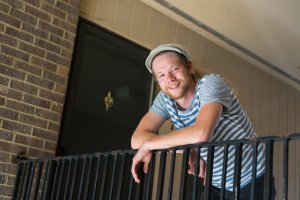 Not everybody is successful at being a rock. There are those who flourish using that life strategy, I think, but will never really know, they don’t talk about it. Many silent people are just like that by nature, and it would be odd for them to casually discuss the events of their day. The rest of us, however benefit greatly from letting our thoughts out. We don’t have to tell everybody everything, but it is nice to have another human being close enough to lean on. We are not invincible. We feel, and hurt, and see things that would crush any sane individual.
People who are able to enjoy alcohol responsibly are able to use that substance to loosen the wheels of conversation, and once the words begin the rest of the story flows. Folks who drink too much often find their words drowned by the lubricant, and instead of allowing their experience the luxury of escape find it even more difficult to process, and end up eating the words that need to be spoken.

Then, there are people like me. I used to love to drink, and truly believed that by numbing my emotional response with alcohol I was handling things. I seldom said much about the job, unless it was absurd, hilarious or truly unbelievable. The daily grind; the loneliness I witnessed in the elderly, the despair in the eyes of poverty stricken mothers whose kids were shot dead in the latest drug war, the anguish of a man whose wife battles breast cancer, those things I kept to myself. Those things are what got to me most. Those things are the things that I should have talked about, but instead stuffed them away, buried in my subconscious where they stayed.

But they never stay put. They eat us alive, and come to the surface one at a time, or all at once, and beat the stuffing out of us, and leave us wanting nothing more that the escape of intoxication. Sobriety is far more than not drinking. Sobriety is living life on life’s terms, dealing with obstacles in a healthy way, taking care of ourselves and not hiding from the very real things that will silently kill us.

Talking about it is never a bad idea.