The term “alcoholism” is commonly used in American society, but it is a nonclinical descriptor. Unlike laypersons, researchers, doctors, therapists, and a host of other professionals require a consensus on what constitutes the different levels of alcohol use. The Diagnostic and Statistical Manual of Mental Disorder-5 (DSM-5), a publication of the American Psychiatric Association, provides professionals in the mental health field with an indispensable diagnostic tool that helps them to identify the various mental health disorders, including alcohol use disorder.1 Stages of alcoholism include the early stage, chronic stage, and end stages where users go from occasional binges, to daily drinking and addiction.

What Is Alcohol Use Disorder?

According to the National Institute on Alcohol Abuse and Alcoholism, in 2012, an estimated 7.2 percent of American adults aged 18 and older, approximately 17 million people, had a diagnosable alcohol use disorder. Men have alcohol use disorder almost twice as often as women; of the estimated 17 million affected adults, 11.2 million were men and 5.7 million were women.2 Adolescents are not immune. In 2012, an estimated 855,000 young people between 12-17 years of age had this disorder.

Ready to get help? Take a short quiz of DSM-5 criteria to assess the severity of your alcohol use.

To provide insight into the alcohol use diagnostics process, consider the following sample of four possible symptoms:

Overall, the 11 factors address both the physical and psychological components of alcohol use disorder. The distinction between physical dependence and psychological addiction is an important one to understand. As the National Institute on Drug Abuse explains, physical dependence is a component of addiction, but it is not synonymous with addiction. In other words, a person can be physically dependent on alcohol or another drug of abuse without being psychologically dependent on it.4

There are two main hallmarks of physical dependence. First, the body will build a tolerance, which is a natural process. As tolerance builds, a person who consumes alcohol will require a higher volume in order to experience the familiar effects. Second, the body will go through withdrawal if intake of the familiar drug ceases or if there is a significant reduction in the usual amount. When a chronic alcohol abuser stops drinking the signs of withdrawal will set in. They may continue to drink in order to avoid feeling such symptoms.

Individuals with an alcohol use disorder (alcoholism) will likely experience the symptoms of physical dependence as well as psychological effects.

The psychological component of addiction does not refer to the effects alcohol has on one’s mental state, such as disordered thinking. Rather, it refers to how the person’s thoughts and actions become geared toward obtaining alcohol and consuming it, even to the exclusion of important responsibilities.

In terms of the DSM-5, new alcohol users could display 0-2 of the 11 symptoms discussed. The difficulty is that one never knows if social or occasional drinking will lead to the development of alcohol use disorder. In the early phases of alcohol abuse, a person will usually get an introduction to different types of alcohol and experiment with alcohol in various forms.5

Most often, these experimenting individuals are either high school students or young adults, such as college students. Drinking is usually a social event among this younger set, and they collectively binge drink as a way of partying. They may not be regular drinkers, but binge drinking alone still puts them at risk of developing alcohol use disorder. According to the National Institute on Alcohol Abuse and Alcoholism, binge drinking occurs when, within two hours, a person reaches a blood alcohol content of 0.08 or greater. For women, depending on body weight, this usually requires four drinks, and in men, it requires five drinks in 2 hours. However, many binge drinkers will exceed the four or five drink mark and experience higher levels of BAC as well as a host of debilitating physical and mental side effects.6

Some binge drinkers or party drinkers will not progress beyond the experimental phase to drink regularly. Those who do continue to drink heavily or regularly may do so because they are environmentally or genetically predisposed to do so. For instance, children of people with an alcohol use disorder are four times more likely to also experience this disorder. Further, research suggests that certain elements of a child’s home life can dispose them to alcohol abuse, such as seeing a parent abuse alcohol or other drugs, or being exposed to a parent’s depression or conflict/violence in the family. Additionally, some people have an existing mental health disorder, and they may graduate from social drinking to more frequent drinking because they perceive it relieves some of their psychiatric symptoms.

Environmental and genetic factors aside, the sheer number of drinks people consume in a given period of time can put them at risk for developing an alcohol use disorder. Women who have a daily intake of more than three drinks, or more than seven per week, are considered at risk. Men, due to their physiological differences from women, are considered to be at risk if they partake in more than four drinks a day or more than 14 per week.

Moderate use of alcohol is associated both with the frequency of consumption as well as the intention around drinking. A person who has an emotional or psychological attachment to drinking may be at a higher risk for developing an alcohol use disorder compared to a person who regularly has a glass of wine with a meal.

Generally, problem drinking is associated with the loss of control over one’s alcohol intake and/or displaying signs that alcohol consumption is interfering with one’s normal life activities. In such a case, in terms of the DSM-5 factors discussed, the person would begin to show more symptoms, possibly 3-5. At this stage, a person may or may not be physically dependent on alcohol. In other words, the cessation of drinking will lead to withdrawal symptoms. 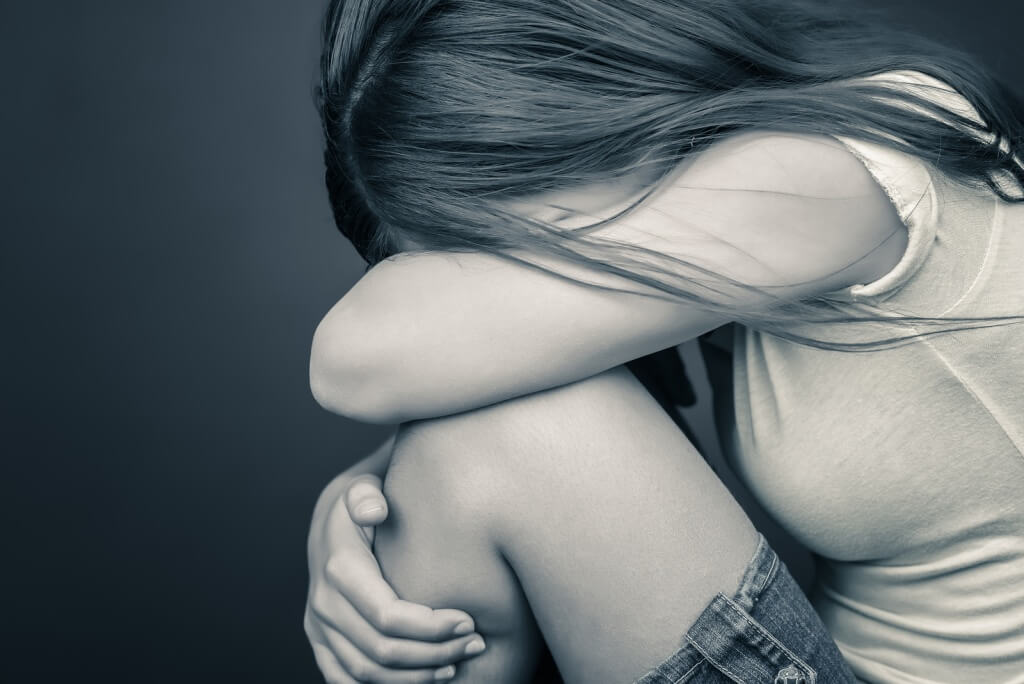 However, if a person has an attachment to drinking, such as relying on it to “have a good time,” they may develop problematic drinking habits and eventually develop an AUD. If alcohol dependence sets in, it will likely be more difficult to stop drinking because of the presence of withdrawal symptoms and possibly cravings for alcohol.

Most addiction professionals agree that an at-home detox or “going cold turkey” is never advisable. The best practice would be to talk with an addiction counselor or mental health professional about safe options to detox from alcohol.

The need for a medically supervised detox depends, in part, on the length of time of alcohol abuse and usual volume of consumption. In some cases, alcohol withdrawal can present heightened risks and even lead to fatality. Individuals who are at risk for withdrawal effects require supervised medical detox. As a result, it is recommended that anyone seeking to detox from alcohol consult a medical professional first.

Before discussing the negative outcomes associated with alcohol (i.e., its possibly devastating effects on one’s life, including poor health, conflict in relationships, troubled finances, and precarious employment status) consider the class of heavy drinkers known as “highly functioning.” A highly functioning person who abuses alcohol will be able to work every day, exceed expectations, and meet all required financial obligations.

An estimated 20 percent of individuals who abuse alcohol may be classified as highly functioning. Continued drinking, however, is essentially a ticking time bomb. In terms of the negative fallout associated with heavy chronic drinking, despite appearances to the contrary, a highly functioning individual is not immune.

Alcohol has been found to be directly causally related to some diseases and conditions, such as mouth cancer in a person with a history of heavy chronic drinking. In the unfortunate event that a chronic drinker develops a serious health condition or disease, the treating physician can explain whether alcohol was a direct cause or a component cause. The attending physician can also explain how continued drinking will impact the specific condition(s) present.

In One Flew Over the Cuckoo’s Nest, celebrated author Ken Kesey insightfully communicated the extreme cost that drinking can have on a chronic user’s life when Chief Bromden described the last time he saw his father, “He was blind and diseased from drinking. And every time he put the bottle to his mouth, he didn’t suck out of it, it sucked out of him.” This quote artistically communicates a truth about alcohol abuse; in end-stage alcohol abuse, a person loses control over alcohol use and actually becomes controlled by it.

The end stage may be thought of as the most severe articulation of all the possible problems associated with alcohol use disorder. It is a circumstance of reversals; rather than living to drink, a person in the end stage likely drinks to live. At this point, individuals have lost the ability to stop themselves from drinking. After a long enough period of heavy chronic alcohol use, withdrawal symptoms may be so painful that the person is motivated to continually drink just to prevent them.

At this point, an individual may develop a serious disease, such as cirrhosis of the liver. Cirrhosis of the liver emerges from years of liver damage. As individuals continually consume alcohol, their liver produces scar tissue instead of new healthy tissue. Over time, the scar tissue in the liver prevents the necessary flow of blood. The presence of scar tissue also impairs the body’s ability to clean toxins from the blood, control infections, process nutrients, and absorb cholesterol and certain vitamins. In addition to chronic health diseases and conditions, persons in the end stage of alcohol abuse may be at a heightened risk of falls and other accidents due to balance and coordination problems. Most often, when death occurs after a fall, it is due to bleeding in the brain and not the fall itself.

A person in the end stage of alcohol abuse is also at risk for intentional self-harm. The loss of control over alcohol consumption can leave a person feeling powerless. Withdrawal, as stated, can be painful. The end stage alcohol abuse is in a true quagmire. Help is always available, as the depression associated with alcohol abuse can lead individuals to end their lives.

Find Alcoholism Treatment Near You

Editorial Staff
Author
The editorial staff of American Addiction Centers is made up of credentialed clinical reviewers with hands-on experience in or expert knowledge of ad … Read More
Read Our Editorial Policy
Related Topics
Related Tags
alcohol
Are you covered for addiction treatment? Find your insurance.
Check My Insurance
Do you have insurance?
Don’t wait. Call us now.
Our admissions navigators are available to help 24/7 to discuss treatment.
Get addiction help now (24/7 helpline)We’re here for you every step of the way.