How to Find a Drug Detox Center

Edited by Kristina Ackermann
Last Updated: December 10, 2020
Why call us?
Table of Contents

What’s the Best Way to Find a Drug Detox Center?

Quality medical drug detox centers don’t use cold turkey methods or rapid detox kits; instead, they provide medications and therapy to manage symptoms of withdrawal. Families can contact their insurance companies to find a provider, or they can look online for local providers that can help.

The brain and the body don’t always move at the same speed. That’s especially true when an addiction is in play.

While a person’s brain might feel ready and willing to focus on sobriety and healing, that person’s body might still be under the influence of drugs. Until the brain and the body are in sync, recovery will be very difficult to accomplish.

AAC is in network with many insurance companies and treatment can be free depending on your policy and co-pay/deductible.

Medical detox programs are designed to help. People enrolling in these programs are given time to rid themselves of any remaining influence of drugs or alcohol to focus on recovery and return to a sober, healthier life. This work is done in a safe, secure, and supervised environment. Through medical detox, American Addiction Centers (AAC) can keep people safe throughout withdrawal; in fact, we have a hospital able to manage a range of withdrawal severities, depending on the substance(s) being used and the level of substance dependence. If you or a loved one is wanting to learn more about medical detox and treatment options, give us a call today at .

This article will provide data about what withdrawal feels like, along with specifics about how medical detox can help. This information can help people struggling with addiction, and their families, to get the help needed in order to build a sober future.

What Drugs Cause Withdrawals? 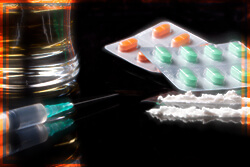 In order to understand the necessity of medical detox, it pays to learn a little more about what drugs can do and how people can feel when those drugs are removed.

These are the drugs that are most commonly associated with difficult and/or painful withdrawal symptoms:

What Is Drug Detox?

At a basic level, detox is a perfectly natural process. Drugs enter the body, and the body’s systems work to process the chemicals. Cells in the liver purify the blood. Cells in the digestive system process alcohol. Cells in the kidneys move waste out of the body altogether. It’s an efficient and perfectly natural system that the body uses in order to heal. But drugs can wreak havoc on those natural systems. Some drugs are just so powerful that the body can’t handle a typical cleaning protocol. Sometimes, as mentioned, drugs are so powerful that people who attempt natural methods put their lives at risk. That’s why experts agree that a medical detox program is the safest choice for people with an addiction history. But it isn’t the only method available to people who want to get clean. In fact, there are a variety of different options out there for people who need to move past drugs.

Some people use a cold-turkey method. Rather than using medications or a drug taper to allow the brain to adjust, they stop the abuse all at once, pushing systems into sudden withdrawal.

For some people, this is a conscious choice. These people make a decision to leave drugs behind, and they simply stop taking those drugs on that day, as soon as the decision is made. But sometimes, it’s not a process that people choose willingly. For example, according to

Bangor Daily News , prison inmates are often pushed into a cold-turkey withdrawal process, as the state of Maine doesn’t provide medical care unless there’s a life-threatening complication in play.

While cold-turkey approaches can seem appealing, as they allow people to get sober as soon as they decide to do so, they come with some risks. Some drugs are just too dangerous to stop taking all at once, and some drugs cause huge withdrawal cravings that are very hard to ignore. A rapid withdrawal from drugs like this could cause relapses and medical crises.

People with addictions become experts on how their drugs work and what they can do. They often know just how much of specific drugs to take and exactly when to take them. They can use that knowledge in order to get sober through tapering approaches.

The idea here is for people to take smaller and smaller doses of the drugs they’re accustomed to, so their bodies can grow accustomed to sobriety in slow and measured steps. Each day, they’ll take just a little less, until they’re taking none at all.

Tapering protocols can take a long time to work. For example, in a study published in the Cochrane Library, experts suggest that a benzodiazepine withdrawal works best when it lasts for longer than 10 weeks. People moving faster tended to relapse, so a slow approach was deemed more effective.

Tapering comes with the risk of relapse, too, as people doing a taper on their own have access to the drugs they’re addicted to. There’s nothing to stop them from taking more, and some people do so.

Can I detox At Home?

People who want to get sober without feeling ill or undergoing a long taper might be tempted to purchase a home detox kit. These products claim to ease the path to sobriety through herbs, tinctures, and vitamins, allowing for clean urine tests and a healthy body. However, few of these products really do what manufacturers claim they do.

Columbia University says home detox kits don’t contain elements proven to speed the removal of drugs through the body. They just do not work. Which means that people trying these products for home detox are likely simply signing up for cold-turkey withdrawal. This isn’t safe, as mentioned, for people taking some types of drugs.

This detox method is far from DIY. Instead, people using this method enroll in programs in which they’re sedated and then provided with medications that can render active drug particles inactive. It’s touted as a solution for opioid addictions, and it can be tempting to some users, as the whole process is complete within just a few days.

Unfortunately, researchers at the National Institute on Drug Abuse say this method comes with few or no benefits. People undergoing this type of detox are no more likely to stay sober than people who went through a traditional medical detox, but they were more likely to endure life-threatening complications during withdrawal. In addition, the rapid method still came with some discomfort blamed on drug withdrawal. That means people using this method were putting their lives at risk, for no real benefits that researchers could see.

What Is the Process of Detoxification? 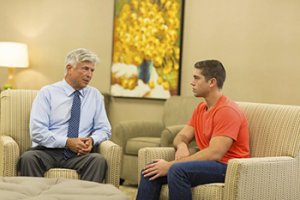 Clearly, other methods of detox come with some dangers and/or drawbacks that make them far from appealing to everyone with an addiction. Medical detox is different. Here, people have supervision and support as they detox, so they won’t be forced to deal with changes and cravings without help.

Often, medical detox teams use medications to blunt the force of withdrawal symptoms, so people can move through the process without feeling ill.

Each detox facility has specialized plans and protocols, but most of these facilities probably follow the same steps to help clients. Inpatient detox begins with evaluations. Teams determine:

Then, teams pull together a medical detox protocol that encompasses medications, nutrition, emotional support, and alternative medicine. The person enrolled has the opportunity to accept or decline any part of that plan, and then the process begins.

As the person moves through detox, the team keeps a close eye on both mental and physical health.

Any sign of discomfort means that things aren’t progressing as they should. Medications might need adjusting or therapies might need a tweak. There’s always someone nearby to provide that adjustment and monitoring, so the health of the person is always protected.

There’s no set end to medical detox, but it typically takes place when the person with the addiction is no longer taking any sort of drug and feels comfortable with the idea of entering therapeutic programs to build on detox completion. That work is absolutely necessary.

Detox alone can’t ensure lasting sobriety. When these programs are complete, people are sober for the moment, but they don’t have the tools they’ll need in order to preserve that sobriety. They probably can’t handle a relapse trigger, like a friend offering drugs or a party filled with alcohol. They probably don’t know what to do in order to avoid those triggers. That’s work that happens in drug rehab, and that takes place after medical detox.

Teams involved in medical detox can smooth the road to rehab by suggesting good programs, ensuring enrollment, and otherwise making sure that the person does the work required for long-term sobriety.

With this kind of encouragement and support, people may enroll in programs that they might not have considered without a push.

Medical detox programs provide the best path to sobriety for people with addictions, and there are programs just like this all over the United States.

When addictions are impacting a family, medical detox programs can provide a part of the answer. By enrolling, families will soon be on the road to a happier and healthier future.

Kristina Ackermann
Kristina Ackermann, B.A., is a professional writer and editor. Her professional experience includes evidence-based research for peer-reviewed medical journals, with an emphasis in prehospital care.
Related Topics
Related Tags
detox
Don’t wait. Call us now.
Our admissions navigators are available to help 24/7 to discuss treatment.
Why call us?