Can an Adjustment Disorder Cause Substance Abuse Issues?

It’s completely normal to go through changes or experiences that feel too foreign or massive to handle. Significant losses, traumatic events, critical accidents – no matter what is currently weighing on our hearts and minds, or how we attempt to confront these experiences, it may feel as though we simply can’t wrap our minds around the situation laid in front of us and work through what we’re feeling. At some point, we’re usually able to move past the hurt and confusion and live as healthy, healed individuals. Sometimes, however, we’re unable to cope with the new conditions and may fall into an adjustment disorder, a substance abuse disorder, or both. 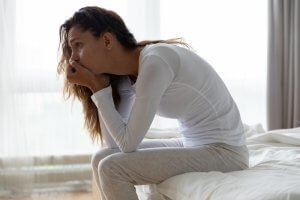 three months of the upsetting incident. It is generally highlighted by an inability to cope with the stresses of rapid changes, and may appear in tandem with a substance abuse disorder. Due to the co-occurring nature of the disorders, some have started to wonder if an adjustment disorder can cause substance abuse issues. Unfortunately, trouble forming natural and healthy coping mechanisms can mean that someone may develop an unhealthy relationship with certain behaviors and substances, like drugs or alcohol. In the worst cases, someone with an adjustment disorder may develop a full-blown substance use disorder.

What is an Adjustment Disorder?

An adjustment disorder is a negative reaction to a perceived stressful event or period of events. This strong reaction may be reckless or excessive in comparison to what the stressor would typically merit. Whether or not someone develops an adjustment disorder depends heavily upon their past experiences, existing mental illnesses, cognitive development, and overall temperament.

Unlike in cases of other mental health conditions, adjustment disorders are unique because they tend not to last for more than six months after the the initial stress has resolved or gone away.

The causes of adjustment disorders can vary and depend heavily upon the individual and their coping methods. However, the death of a loved one, a divorce, relationship problems, illness, or simple general life changes can cause an adjustment disorder. In teenagers, the triggers for this condition may involve family problems, issues at school, and matters regarding their sexuality.3

How are Substance Abuse Issues Related to Adjustment Disorders?

Some may argue that, because of the nature of adjustment disorders and their symptoms of anxiety, recklessness, and depression, sufferers may be driven to self-medicate through means of mind-altering substances. Unfortunately, it is easy for those who self-medicate to fall into full-blown substance abuse. 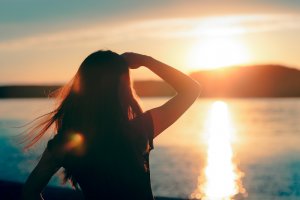 People may drink or use drugs to relieve the most stressful symptoms of their adjustment disorder. They may consume mind-altering drugs in an attempt to curb their depressive symptoms, buffer their anxiety, or simply out of pure recklessness and impulsivity. There are not enough studies on the way that an adjustment disorder may directly contribute to the development of a substance use disorder to make one factual claim that there is a direct correlation between the two conditions. However,  one may be able to see where an adjustment disorder could leave a person more vulnerable to developing an addiction to drugs and alcohol or some form of substance abuse issue.

A lot of people think that struggles with adjusting are simply a part of life. And it’s true – everyone, at some point in their life, has to face the challenge of remaining graceful during trying or changing times. However, if these changes are becoming too stressful to handle, or may be leading someone to attempt to curb their stress with drugs and alcohol, it may be time to seek treatment.

Treatment for co-occurring adjustment disorders and substance abuse issues can help people overcome their mental health conditions and learn healthy coping skills that will carry them through future tribulations. If you or a loved one is struggling coping with substance abuse issues and possible co-occurring mental health conditions, reach out to American Addiction Centers today.

Amelia Sharp
Author
Amelia Sharp is a Senior Web Editor at American Addiction Centers.
Read Our Editorial Policy
Recent Posts
Don’t wait. Call us now.
Our admissions navigators are available to help 24/7 to discuss treatment.
Prefer texting to talking on the phone? We’ve got you covered 24/7.
Instead, sign up for text support to receive: