Drunk Driving Statistics: Drinking & Driving in the US

We’d like to think that everyone realizes the dangers of drinking and driving nowadays, and with the advent of readily-available rideshare services used by a third of Americans, we hope that people are now deciding to leave their car at home if they are going out drinking.

To find out whether this was the case, we surveyed Americans across the country to find out their attitudes towards drinking and driving and it produced some interesting results. 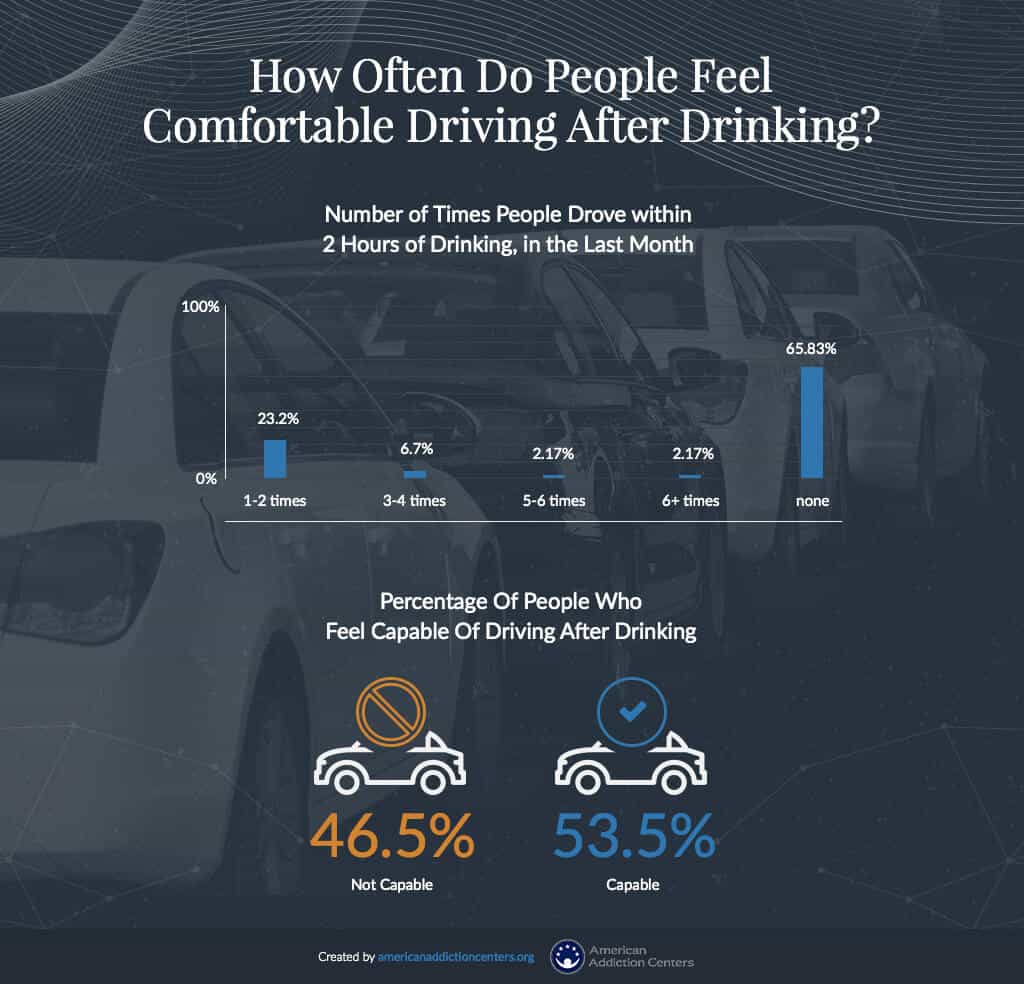 Shockingly, 53.5% of survey respondents feel capable of driving after drinking as opposed to 46.5% who don’t. Another shocking insight we found was that 10% of people who said they are fine to drink and drive had received DUIs in the past. 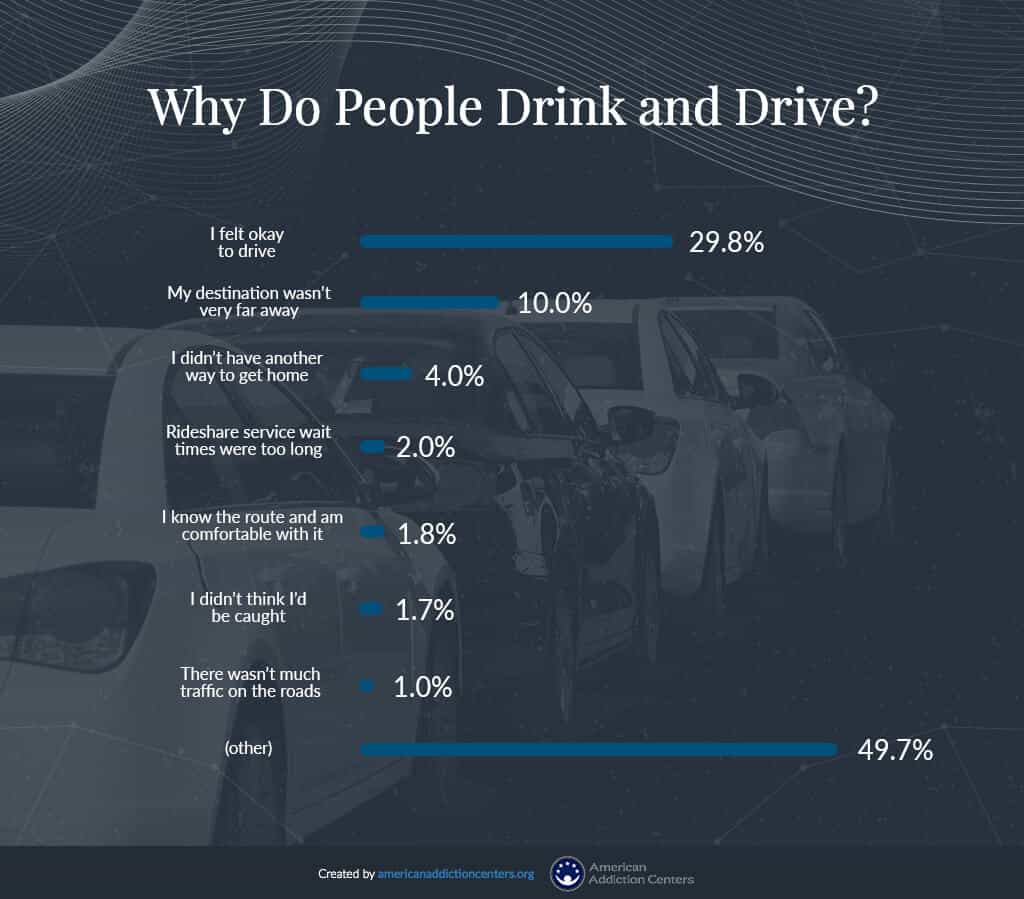 What’s the main reason people drink and drive? Well, it’s because they feel okay to drive. Or, at least, that’s what 29.8% of respondents claimed as the main reason they get behind the wheel after drinking.

The second main reason for drinking and driving is that people’s destination isn’t far from where they are drinking, with 10% of people being happy to chance it and get behind the wheel for a short journey.

The third most popular reason, with 4% of respondents admitting to this, is that they didn’t have any other way to get home. Regardless of where you are, you should always have a plan in place to get home if you’ve been drinking because it’s never okay to get behind the wheel. 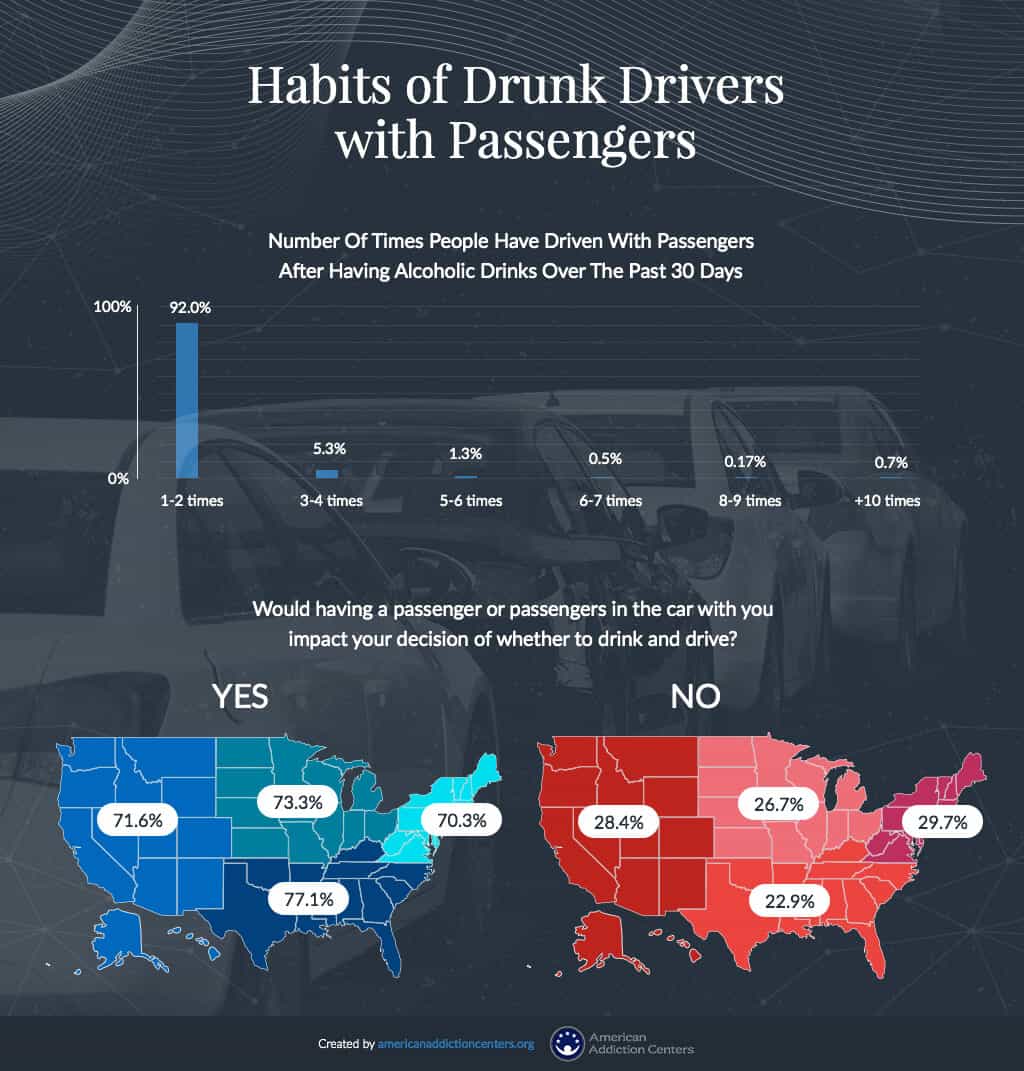 When we asked about attitudes surrounding drunk driving with passengers, we were shocked to see that 92% of respondents had driven with passengers 1-2 times after having alcoholic drinks in the past 30 days. 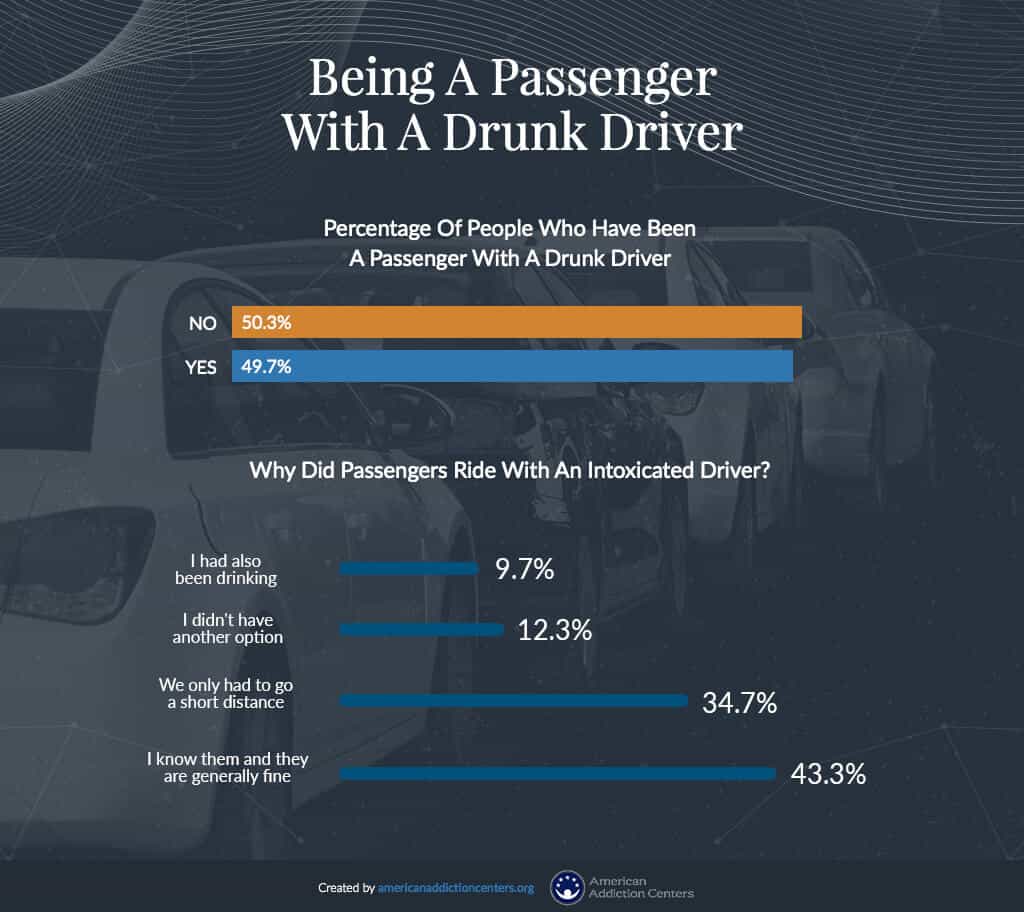 Interestingly, it seems that nearly 50% of people have been a passenger with a drunk driver due to either drinking themselves or sadly not having another option for transportation at the time.

The main reason why passengers ride with intoxicated drivers? Well, they feel that they know them and they are normally fine driving. 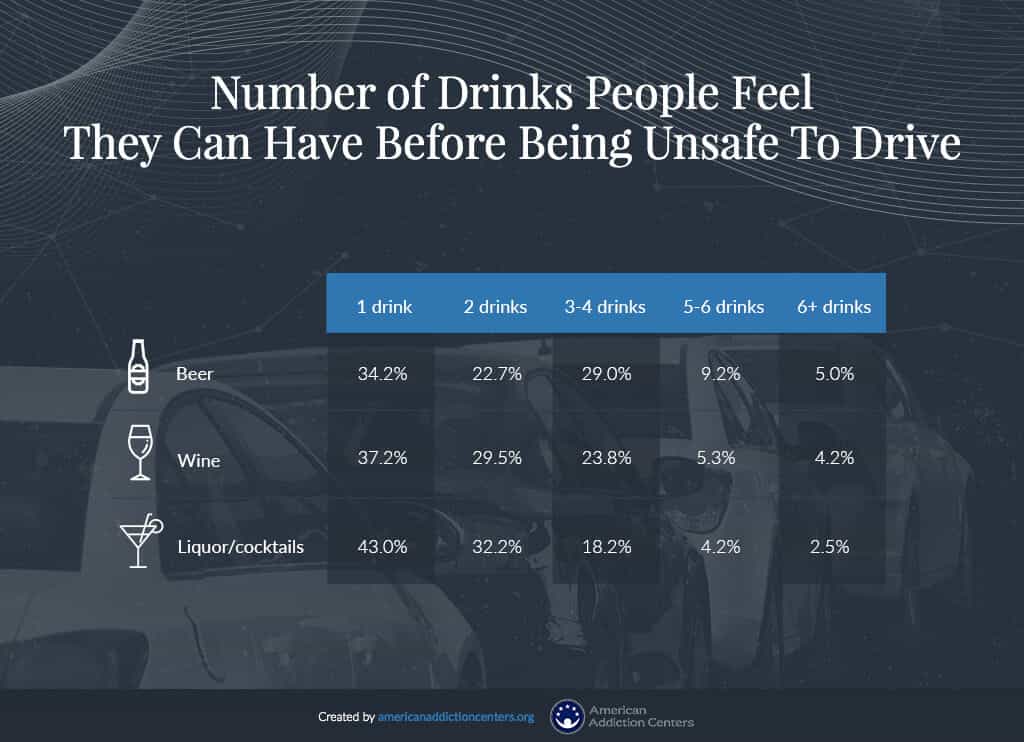 Overall, people feel the most comfortable driving after drinking beer compared to wine and liquor. 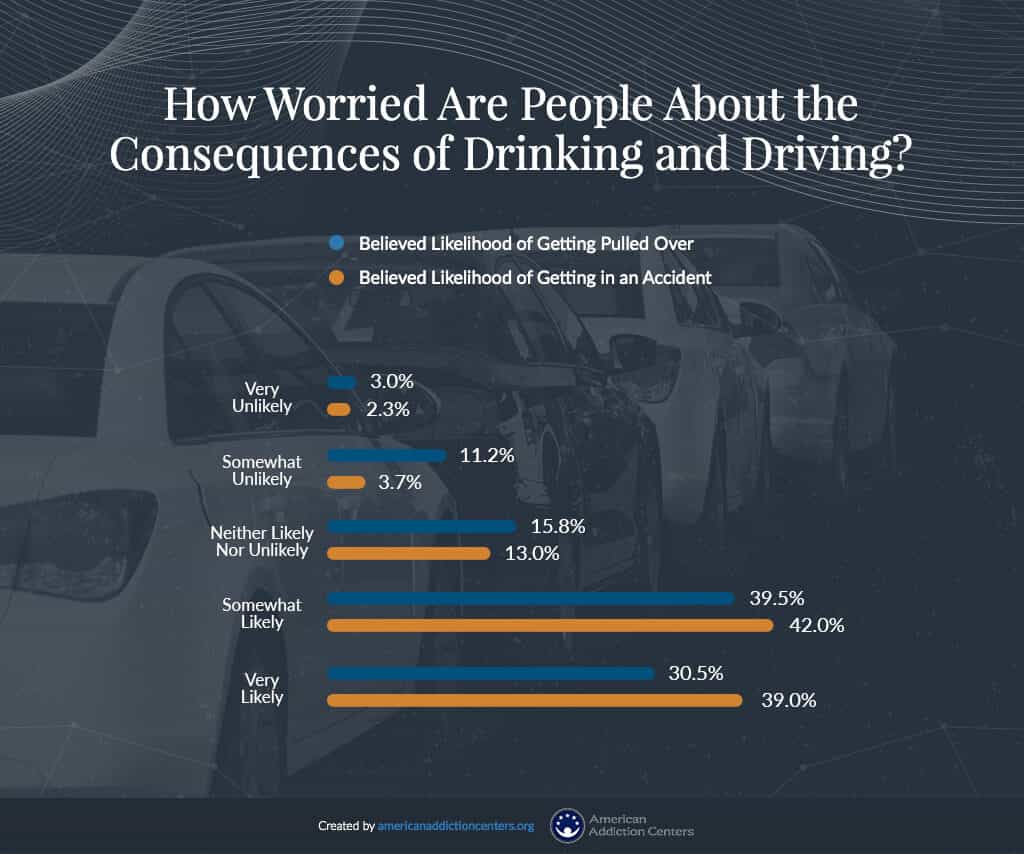 While you’re not guaranteed to get into an accident or be stopped by the police while drinking and driving, it’s good to see that the majority of people recognize that this is a somewhat likely outcome of drinking and driving with nearly 40% agreeing. 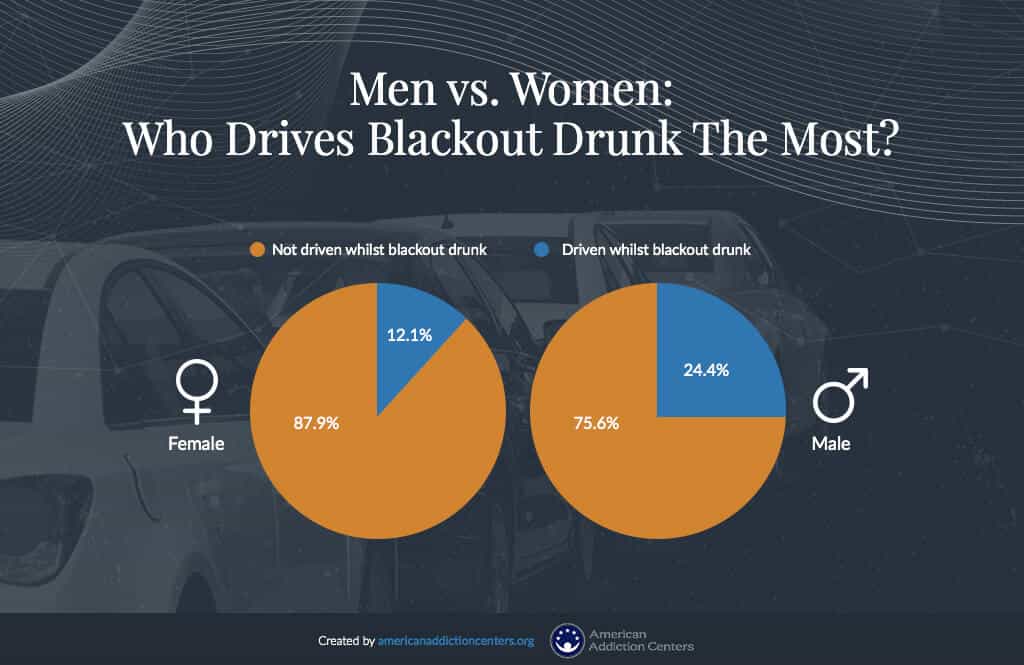 Shockingly, 24% of males have driven whilst blackout drunk. Males are more likely to drive whilst drunk than females with just 12% of females admitting to driving blackout drunk. 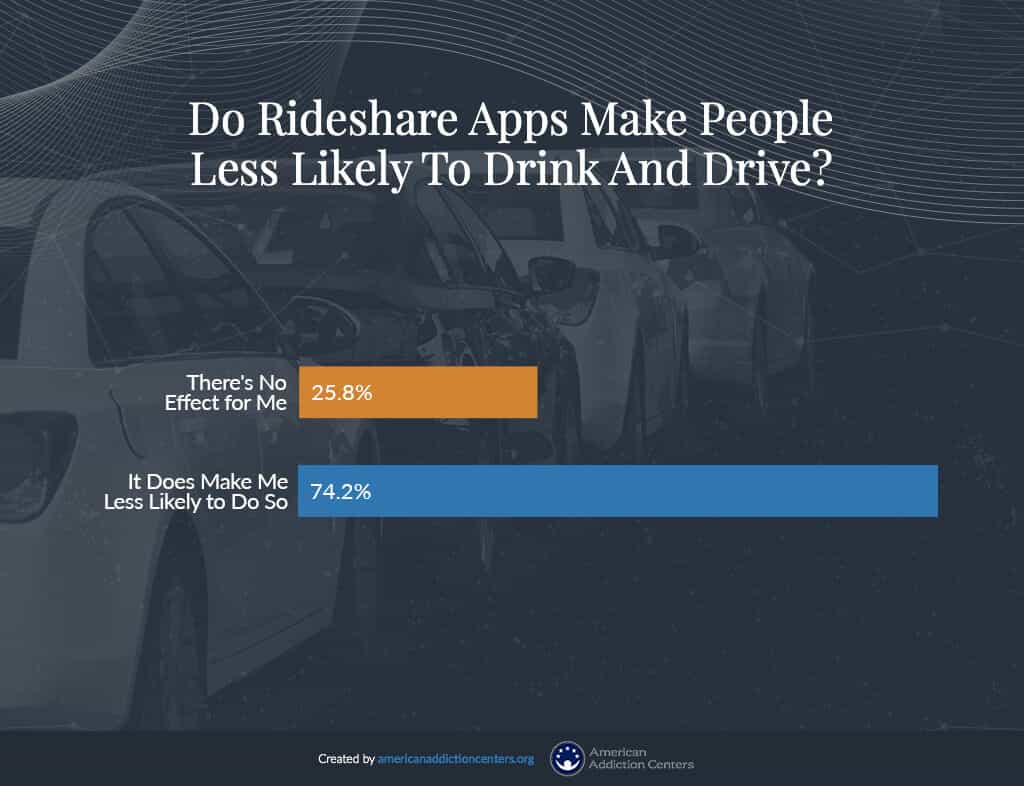 Fascinatingly, even with rideshare options available throughout the country, 3 in 4 millennials say the availability of rideshare apps like Uber and Lyft make them less likely to drive after drinking alcohol.

Overall, however, the majority of people do feel that rideshare apps change the likelihood of them drinking and driving.

It’s never a good idea to drink and drive and just one drink can raise your BAC (blood alcohol content) to unsafe levels. You can find out more about BAC and how your body reacts using our BAC calculator.

Just like many other chronic diseases, alcohol addiction can be managed and treated successfully, allowing people to counteract the disruptive and negative effects alcohol addiction has on their brain and behavior so that they can regain control of their lives.

If you know anyone in your life who is suffering from alcohol addiction, find out more about how you can help.