It started out as a routine annual screening. Weeks later, on October 17, 2019, to be exact, I was in a hospital waiting for surgery. As part of the process, nurses, a physician’s assistant, the surgeon, and others visited my bedside. All added value to the experience. But the standout is one medical professional – an anesthesiologist.

This doctor briefed me on what to expect. He explained that propofol would flow through the IV as well as a mild solution for pain, and then possibly something else. Mention of that last substance was garbled. I thought I heard the name, but I wasn’t sure, so I asked for clarification. Yep, my ears did not deceive me – it was fentanyl.

The Role of Fentanyl in Hospitals

I have written about fentanyl for American Addiction Centers. It was a blog post with an ominous message of “Drug Overdose Deaths from Fentanyl Soar.” I felt compelled to ask the anesthesiologist questions about the use of fentanyl during my surgery. After all, beloved musician Prince died from fentanyl, as did Tom Petty. Why of all things, would I want to receive fentanyl?

He had a lot to offer about fentanyl and other opioids. He said – and I quote: “Fentanyl is used like water in the operating room.” Doctors view it as an effective, fast acting pain reliever. It’s preferable to morphine, which takes longer to work. 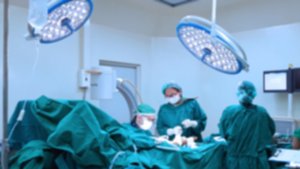 I was aghast. We then talked about the opioid epidemic and its tolls. According to the Centers for Disease Control (CDC), overdoses from opioids are responsible for, on average, 130 deaths per day in this country. He knew. He agreed it was horrific problem for society and the medical profession as well.

Going back to fentanyl, he wanted to reassure me. What I may (operative word “may”) receive is the Schedule II prescription type that hospitals use. It’s not the other kind. Typically found on the street, that fentanyl originates from China and often is mixed with other illicit cheaper substances to make it more attractive financially for dealers. As I pondered silently about why Prince and Tom Petty, who presumably had legitimate Rx’s for fentanyl, would get a bad batch, the doctor went on.

Pointing a Finger at the Medical Profession

He blamed the medical profession in large part for the opioid problem. What about the role of Big Pharma? He felt pharmaceutical firms fulfilled an important role in bringing products to market based on needs of patients. True, some of these firms, and one in particular, misrepresented or, at best, minimized the impact of opioids. But he put the onus on the medical profession for the flood of prescriptions that have made their way through society.

The pivot point was the declaration of pain as “fifth vital sign.” The term came from the American Pain Society (APS). The group introduced the concept in its 1995 Quality Improvement Guidelines for the Treatment of Acute Pain. From then on, pain became part of the physical assessment of a patient. It took its place in the basic touchpoints of temperature, blood pressure, respiratory and heart rate. In the words of the APS: “Quality care means that pain is measured and treated.”

However, a big push in this area came from The Joint Commission. In 2001, this agency rolled out its Pain Management Standards for facility accreditation revolving around this idea. As such, health care institutions had to improve the care of patients in pain under quality guidelines. A lot was riding on it. Hospitals seeking the blessing of The Joint Commission had to follow through accordingly.

The anesthesiologist noted that this effort creates a dilemma for the entire medical profession. Often patients interview surgeons to decide who should perform their procedure. During these screenings, patients ask about what substances they would receive during and after surgery. If the patients prefer opioids and the doctor(s) do not, the patients tend to look elsewhere. There’s pressure on all ends.

My Time Up at Bat: Fentanyl in Hospitals

Finally, I made my way to the OR. I recall lying on the operating table, looking up at the light fixtures and, of course, talking. Next thing I knew, I was in a dark room with lots of heads tilting down at me and calling my name. They inquired: How was I doing? I had to think about that one and told them I was in a lot of pain. Then I got the question: What was my level of pain from 1 to 10? How do you do that? It required thought and guesswork. Figuring 5 was the midpoint, I assessed the rate as above that, so I said “6.” The team huddled and concluded I needed medication for my pain. They left the room and then someone came back to administer the treatment. I watched as he pushed the plunger of the syringe into my IV port. As he did so, I asked what I was receiving – 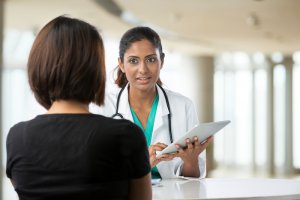 My irksome pain stood in the way of my release from the hospital. I spent a few moments talking to my son and then something struck me. The pain abated. I sat up, got dressed and left.

I’m not advocating for fentanyl, nor the reverse. It helped me. I understand the rationale for its abundant use in surgery and the lure of it for relief afterwards. My pain faded in moments…miraculously.