September is National Suicide Prevention Month. This is an opportunity to raise awareness about a problem that is consistently facing people in the United States, as there are over 100 suicides per day. As the National Alliance on Mental Illness (NAMI) suggests, even though it’s an important issue that we face all year-round, this particular month provides allocated time for all of us to come together to address the challenging topic. Mental health can play a huge role in the conversation as well. Learning more about both can create a well-informed population and potentially save many lives.

As a nationwide leader in addiction treatment, American Addiction Centers (AAC) helps those struggling with substance misuse and co-occurring mental illness such as depression or post-traumatic stress disorder (PTSD). AAC provides medical detox, inpatient and outpatient treatment, and helps with aftercare planning. If you’re struggling with substance misuse and a co-occurring mental illness, please reach out for the help you need today.

Mental health is the social, emotional, and psychological well-being of an individual. It impacts how individuals act, think, and feel. It also affects how they relate to others, the choices they make, and how they handle stress.

Depression, post traumatic stress disorder (PTSD), and other mental health conditions can have a huge impact on contributing to 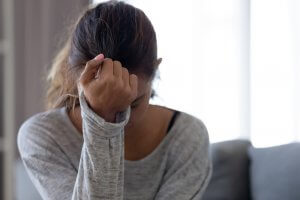 suicidal ideation. For example, bullying is a potentially traumatic event that can have an ongoing negative impact on an individual’s development, the way they interact with others, and their performance in school. Bullying is considered an Adverse Childhood Experience (ACE), and impacts an individual’s well-being, which will inevitably impact their thoughts and actions. Bullying doesn’t necessarily lead to suicide, but the potential may be there.

Suicide is a problem for all of us, even if we don’t directly know of a friend or family member who has died by suicide. Not only can all of us contribute through the simple act of raising awareness through reaching out/speaking to schools and in communities, but those directly impacted can share their personal experiences with having been a suicide survivor or a family member or friend of someone who has died by suicide. The organization NAMI helps those impacted by suicide by educating others on prevention and assisting with “sourcing effective treatment services.”

If you find yourself struggling with substance misuse and a co-occurring mental illness, you’re not alone. AAC provides treatment with a compassionate and welcoming medical staff to help individuals to reach long-term sobriety. Please reach out to get the help you need today.