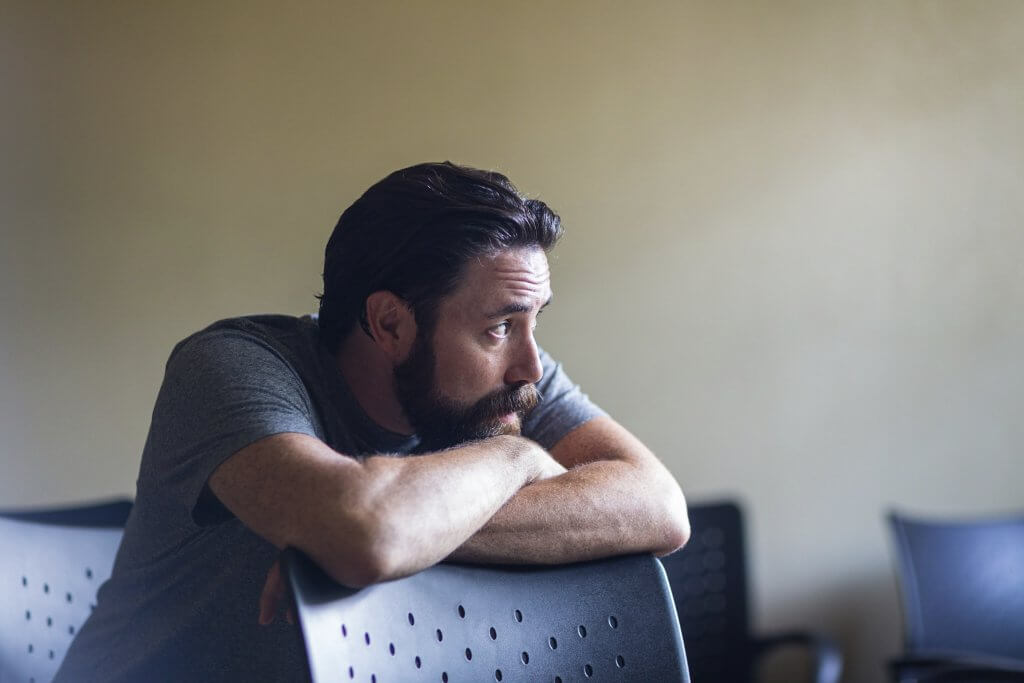 The sense of freedom gained from stating that sentence in public is a better high than every substance designed to avoid living ever was, or ever will be.

Had I not said those words, my life would be far different from the one I enjoy today. Looking back over the events that led to my decision to seek help is difficult. I would much rather ignore those painful memories, pretend those things never happened and simply get on with my life. It seemed one part of me was hell-bent on ruining the rest. Because of the things I did to maintain the beast within, I hurt a lot of people. I lied. I made up stories. I said one thing and did another. Because I wanted to look for peace through an intoxicating substance, I saw the people in my life as getting in the way. Eventually, I did my best to escape the people I loved so I could feed my addiction. And eventually, only one small piece of me had managed to survive the alcoholism.

The biggest liar is the substance itself. It promises peace and tranquility but delivers chaos. It makes us believe that a pleasant little buzz is not only acceptable, but desirable. It leads us to believe that we can maintain that manageable intoxication without taking it to the extreme we know all too well will result. It promises to be our friend while stealing the real friends away from us. It ruins lives, destroys families, and ends careers.

Alcoholism is a baffling, cunning disease. It’s also deadly. Make no mistake — the only ending that an active alcoholic can expect is misery. Some may exist in their alcoholic haze for decades – walking dead, people who come to life only after their body chemistry has been altered by phony additives. Others die in horrific accidents. Some choose to end their own lives. Most live a lie and take their secrets with them to an early grave, never finding out exactly who they are, or what they were capable of. This is the future that awaits the active alcoholic. There is no cure, no quarter, and no hope, unless the person suffering takes the first step toward contented sobriety.

On the job as a firefighter, I have known full well that isolating on a fire scene is simply unacceptable. The greatest firefighter on earth may be well and good, but at a fire I’ll take a group of good ones over one great one every time. Nonetheless, I tried the isolation routine in life — and failed miserably. As it turns out, life, much like the fire service, is much better done as a team.

Knowing that the people most important to me were less important than the alcohol, that the alcohol gave me a blissful escape from the reality they inhabited, makes me sicker than the worst hangover ever could. That knowledge is something I have to live with.

Taking the necessary steps to keep the alcoholic in remission was the key; it unlockedÂ the freedom to enjoy the rest of life. Â Getting the rebuilding process underway took a lot of time and a lot of meetings, both with AA and with family. My ability to see what truly matters is a culmination of the help I’ve received from those sourcesÂ – fromÂ longtime friends and family,Â fromÂ my new friends at Alcoholics Anonymous (AA).

Because I maintain my sobriety, and work at it diligently, I am able to do so secure in the knowledge that the person who sought isolation from family, friends, and co-workers is able to live with the wreckage of the past while re-building the relationships that matter.

I am a person first, husband, father, brother and friend second, firefighter third, and last but not least, an alcoholic. The first bunch of definitions I’m proud of. The last one just is. I’m not ashamed to be any of the pieces that complete the puzzle that is me. The person I am took a while to put together. Lots of experiences – fun, work, discovery, goal-setting, trial and error Â – went into the making of me, at this moment.

My name is Michael Morse, and I am an alcoholic. It still amazes me, some fourteen years later, how good it makes me feel to say those words.

Share
Editorial Staff
The editorial staff of American Addiction Centers is made up of credentialed clinical reviewers with hands-on experience in or expert knowledge of addiction treatment.
Recent Posts
Related Tags
AA
Don’t wait. Call us now.
Our admissions navigators are available to help 24/7 to discuss treatment.
Why call us?
Prefer texting to talking on the phone? We’ve got you covered 24/7.
Instead, sign up for text support to receive: