After his breakout roles in the 1983 films The Outsiders and Class, 18-year-old Rob Lowe was thrust into the Hollywood spotlight. Alongside fellow “Brat Packers” like Judd Nelson, Emilio Estevez, and Andrew McCarthy, he became one of the hottest teen idols of the decade — and adopted a fast-living lifestyle fueled by alcohol and drugs.

Eventually, the party ended for Lowe and he was forced to make drastic changes in his life. Now sober for over three decades, the St. Elmo’s Fire actor says putting down the substances was the best thing he ever did for himself. “All of my understanding about life has come from getting sober and being in recovery,” he said in a recent interview with Variety magazine. Here’s the actor’s inspiring story. 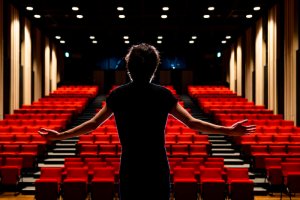 Excessive drug and alcohol use was common among young actors in the 1980s. As one of the decade’s most sought-after Hollywood stars, it wasn’t hard for Rob Lowe to get caught up in these trappings of fortune and fame. While the actor admits the lifestyle was fun at first, it eventually became something he could not live without. That’s when he started to suspect he had a problem. And when his addiction left him unable to show up for his family, Lowe said he could no longer deny it.

“Back in the days of answering machines my mother called me and I could hear her voice on the answering machine,” the About Last Night actor told Variety. “I didn’t want to pick up because I was really, really hungover and I didn’t want her to know. She was telling me that my grandfather, who I loved, was in critical condition in the hospital and she needed my help. And I didn’t pick up. My thought process in that moment was ‘I need to drink half a bottle of tequila right now so I can go to sleep so I can wake up so I can pick up this phone.’”

Lowe said he knew this thinking was crazy and realized he needed help. He called an alcohol and drug counselor the next day and began his journey in recovery. This past May, he celebrated 31 years drug and alcohol-free.

When Lowe made the decision to get sober back in 1990, the consequences of his addiction had nearly destroyed his career. He had been involved in a very public sex scandal and had lost his status as a Hollywood A-lister.

Today, the 57-year-old actor is more successful than he’s ever been, having broken through his teen idol status to star in hit shows like The West Wing and Parks and Recreation. He’s also been married to wife Sheryl Berkoff for 30 years and has two grown children, Matthew and John.

Lowe has his dedication to his recovery to thank for all of it, which he says anyone can achieve if they are willing to take the first step. “Thank you to all those who have inspired me on this wonderful, challenging and life-changing journey,” he wrote in a 2019 Instagram post. “If you, or someone you know, are struggling with alcohol or addiction, there CAN be a future of hope, health and happiness. And it comes one day at a time.”

Susan Linney
Author
Susan Linney is a freelance writer and editor with more than 15 years’ experience. She is especially passionate about using her voice to help people … Read More
Read Our Editorial Policy
Recent Posts
Related Tags
celebrity
recovery spotlight
Don’t wait. Call us now.
Our admissions navigators are available to help 24/7 to discuss treatment.
Prefer texting to talking on the phone? We’ve got you covered 24/7.
Instead, sign up for text support to receive: