Struggling with a Higher Power

The basis of a twelve step program is the acceptance of a power greater than ourselves to restore us to sanity.

Seven of the twelve steps directly mention God as we understand him. Nowhere do the twelve steps acknowledge a person’s own strength and conviction as the power behind the motivation to get sober.

That was never a problem for me. I do not believe in a higher power, and that is okay, I managed to stop drinking anyway. There comes a time in most people’s lives who struggle with substances to face the fact; change or die. That is as powerful a statement there is. I used that statement, “change or die” as my higher power. I knew without a doubt I would continue my ride into oblivion without help, and the best help that was available included a twelve step program. To turn my back on sobriety because of my belief in the absence of a higher power that had direct involvement in my choices was counterproductive at best and suicidal at worst. 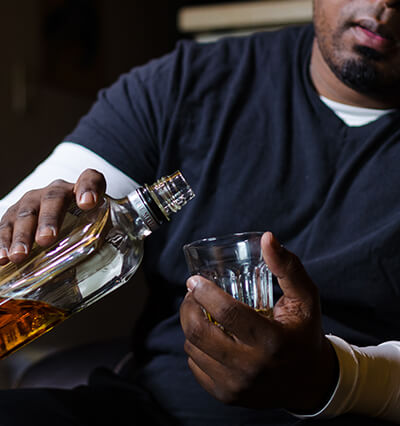 Alcoholics and addicts are usually a bit more sensitive than the rest of humanity, and maybe even a little smarter. We can be so smart and sensitive that we sometimes outsmart ourselves with our sensitivities! I have been privileged to meet thousands of people in different states of recovery. Many of those people get hung up on the higher power requirement. Many people refuse to work the steps because doing so contradicts their beliefs. Not working the steps when belonging to a twelve step program is a bit unsettling, but only if we allow others to unsettle us. I found a way to live the twelve step philosophy. Anybody can. In the end, our sobriety is our business; we may rely on others to help us along the path, but the reason for our presence is ultimately ourselves.

There is a very persuasive contingent in recovery communities that insists on a newcomers’ belief in a higher power. There are those who go so far as allowing others to use the group itself as the higher power needed for sobriety. My advice? If it keeps the people at your program happy, let them believe whatever they choose.

By the time I finally admitted to myself that I was powerless over alcohol, and that my life had become unmanageable, my mind was so overwhelmed with thoughts of loss, fear, self-loathing and hopelessness that a pesky little requirement like a higher power that brought me back to sanity was insignificant. I needed people who understood. If those people professed a belief in a higher power so be it, it was a small price to pay.

Working the twelve steps while not believing in a higher power is a little tricky, however. Every person is their own, has their own thoughts and beliefs and way of coping. There is a strong sense of community in a twelve step meeting, and it is that very sense of community that keeps many struggling alcoholics and addicts sober. Being accountable is powerful medicine, and well worth the inconvenience of working around the idea of a higher power.
Getting sober alone is hard. Getting sober with the help of others is hard too. Getting sober while wrestling with your own philosophy and beliefs is just about impossible. The first and most important order of business in any recovery attempt is to stop ingesting the things you are addicted to. Worrying about things beyond your control, or worse; allowing something as harmless as an idea to delay your new way of living is preposterous.

People are people, and people have ideas that define them. Struggling with people who insist, or smugly imply that you will “see the light” if you keep coming to their meetings does not help your chances of achieving your goal of sobriety. I found it helpful to keep my views concerning the higher power to myself. There is no requirement to spill all of your beans while participating in a program of recovery. Nobody will force you to come clean, repent, assimilate or wear a robe and chant. The people you will meet along your journey are people much like yourself, with the same goal; to not drink or drug today.

There are many people among us living sober lives, beating their addictions and finding serenity without a belief in a higher power.  Sobriety is the goal of recovery, not religious piety.

Nobody needs to take the journey alone because they have different beliefs.