The Most Commonly Abused Drugs in College 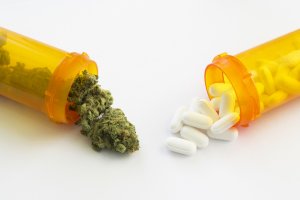 Many young adults experiment with various types of drugs during their college years. As many as 1 in 3 students say they have abused alcohol at some point, and 1 in 5 have used an illicit drug.This type of behavior can lead to addiction.

Here are five of the most commonly abused drugs in college:

Research shows us that drug abuse in college continues to be a common occurrence. What begins as carefree experimentation can often lead to a dangerous fight for sobriety. Fortunately, there are rehab programs and sober living facilities available to those in need of assistance.

Michael Kaliszewski, PhD
Medical Reviewer
Dr. Michael Kaliszewski is a freelance science writer with over 15 years of experience as a research scientist in both academia and industry.
Read Our Editorial Policy
Recent Posts
Don’t wait. Call us now.
Our admissions navigators are available to help 24/7 to discuss treatment.
Why call us?
Prefer texting to talking on the phone? We’ve got you covered 24/7.
Instead, sign up for text support to receive: