The Link Between Middle Class Drug Use and Domestic Violence 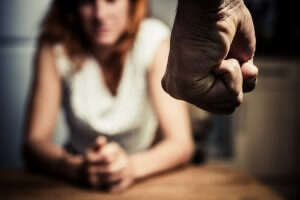 Substance Abuse is a Class Issue

There is a clear association between social economic class and substance abuse, with several studies demonstrating the impact that poverty, education, and employment has on drug and alcohol use. The rates of alcohol and drug use actually rise with increased levels of income and education.¹ According to the Gallup Poll and a report published by the independent Social Metrics Commission, middle-class people consume more alcohol and illegal drugs than those living below the poverty line.2-3 The Centers for Disease Control and Prevention also reports a similar trend, with higher income Americans showing the greatest increase in heroin use since 2002.4

Although the prevalence of alcohol and drug abuse may be highest in specific subpopulations, its effects are felt throughout the community. This can be seen in London, where the skyrocketing use of cocaine by middle class professionals may have impacts on a recent spike in violence.5 Or here in the United States, where the current opioid epidemic that has been felt from coast-to-coast may be linked to a national rise in homicides, as reported in a study published by the US Justice Department-affiliated National Institute for Justice.6 But as the media headlines tend to focus on the victims of drug-related street crimes, the identity of those most vulnerable to substance abuse-related violence remains under the radar. The sad truth is that the individuals most prone to harm are those who are closest to the substance abusers, namely their spouses and domestic partners.

There is an intimate connection between drug use and domestic violence. One is often a symptom of the other, and in many cases, they occur simultaneously. Statistics from the American Society of Addiction Medicine reveal that substance abuse is involved in 40-60% of all incidents of intimate partner violence.7 And according to the American Psychological Association, a dependence on drugs or alcohol increases both your risk of experiencing domestic violence and your chances of becoming an abusive partner.8

If you are a victim of domestic violence or struggling with a substance use disorder, there are many sources of help available. Make it your priority to get out of a dangerous situation by seeking assistance or calling one of the many available hotlines, such as The National Domestic Violence Hotline (1-800-799-SAFE). It is then imperative to treat any struggles with substance abuse by seeking help at a substance abuse treatment center.

Share
Michael Kaliszewski, PhD
Dr. Michael Kaliszewski is a freelance science writer with over 15 years of experience as a research scientist in both academia and industry.
Recent Posts
Don’t wait. Call us now.
Our admissions navigators are available to help 24/7 to discuss treatment.
Why call us?
Prefer texting to talking on the phone? We’ve got you covered 24/7.
Instead, sign up for text support to receive: