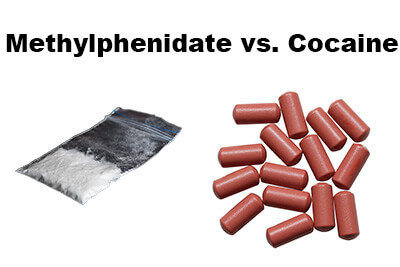 Methylphenidate is classified as a central nervous system stimulant or psychostimulant medication. It is a Schedule II controlled substance. Methylphenidate also has other medicinal uses that include treating narcolepsy and addressing other conditions, such as promoting wakefulness and helping with appetite control or weight loss.

Cocaine (benzoylmethylecgonine) is a substance that is processed from the coca plant. It is also classified as a central nervous system stimulant drug and still has some medicinal uses, particularly as an anesthetic for dental surgery. Although cocaine is most often recognized as an illicit drug, it is actually a controlled substance in the same category as methylphenidate because of its potential medicinal uses. Unlike methylphenidate, cocaine is not prescribed to private individuals; instead, its use is limited to clinics and hospitals.

Are Methylphenidate and Cocaine Alike?

On a very basic level, all psychostimulants affect the functioning of the nervous system, such that they speed up its functioning. The general effects of these drugs include increasing attention, boosting awareness, amplifying energy, lessening appetite, and reducing the need for sleep. Thus, the simple answer to the question is that the drugs are alike in some respects; however, further elaboration is needed before assuming that children who are taking methylphenidate are taking cocaine.

A brief summary follows based on the information from the books Cocaine and Other Stimulants and Drugs, Society & Human Behavior.

Is Methylphenidate Safer than Cocaine? 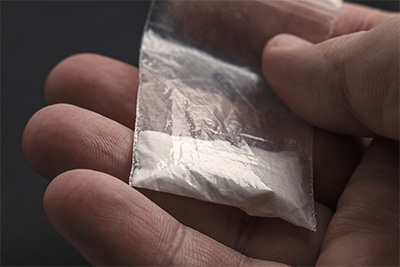 The level of euphoria that is obtained with medicinal doses of methylphenidate is negligible (comparable to the use of coffee). When abused in larger amounts and in a manner similar to cocaine, the drug will produce similar effects, which is why methylphenidate is a controlled substance.

Thus, unless children who use methylphenidate products for the treatment of ADHD are given large doses of the drug in a manner similar to the way cocaine is abused, the comparisons and statements that children being treated for ADHD are becoming “drug addicts” is not well founded. In fact, there is a substantial body of research that indicates that when children are treated for ADHD with stimulant medications, the risk of them developing later substance abuse issues is significantly decreased as opposed to being increased.

Methylphenidate and cocaine share numerous similarities, but they are not the same substance.