Is There a Difference between Concerta and Ritalin? 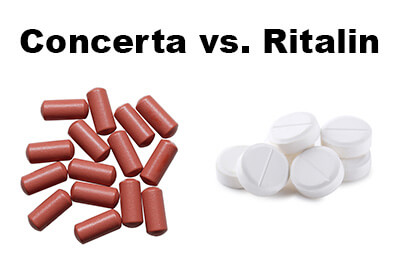 Despite these drugs being classified as stimulant medications, when administered to children and adults with ADHD, they have a calming and stabilizing effect. It is hypothesized that people diagnosed with ADHD have different levels of resting brain activity than people without ADHD; the levels of resting brain activity in these people are lower than they are for people without ADHD. When the stimulant medication is given to people with ADHD, it increases the resting level of brain activity to a more functional level. As a result, they are able to pay attention and do not need to engage in impulsivity and hyperactivity as a form of self-medication.

Because both Concerta and Ritalin contain the same active chemical (methylphenidate), they are listed in the same controlled substance category (Schedule II) and essentially treated the same according to authorities in terms of illicit possession and misuse of the drugs. Both drugs have the potential for abuse and the development of physical dependence.

The Basic Differences between Concerta and Ritalin

The basic difference between Concerta and Ritalin is in the way the methylphenidate is released and how long the individual needs to wait before taking the drug again.

Concerta is an extended-release form version of methylphenidate. When taken, the methylphenidate is released slowly over time, and it is active for 10–12 hours. Concerta is typically taken in the morning, and there is no need for the person to take it again until the next day (unless the person takes it again in the evening). Because Concerta is an extended-release drug, the available dosages are typically higher for Concerta than they are for immediate-release drugs like Ritalin.

Ritalin is the short-acting form of methylphenidate. It requires frequent dosing throughout the day in order to experience its effects. When taken, the methylphenidate is released immediately, and its effects last for 4–6 hours in most cases. Thus, a child in school would need to take another dose of the medication around lunchtime and then again later in the day for the medication to remain active.

There are more extended-release and sustained-release forms of Ritalin available on the market now, and these are essentially the same as Concerta regarding how they work and the need for dosing. Because Ritalin is released immediately and its effects are felt quickly, it is also approved for the treatment of the sleep disorder narcolepsy.

The side effect profile of Concerta and Ritalin is similar because they contain the same active ingredient. Side effects can include:

Because Concerta is an extended-release version of methylphenidate, side effects may not be as severe as they would be with Ritalin.

Reports of delayed growth in children taking methylphenidate products are related to the medication’s side effect of interfering with the sleep cycle in many children. Typically, when children are given a “medication holiday” and taken off the medication over the summer months, the individual’s growth cycle catches up. However, modern uses of methylphenidate products and understanding when to use the drug have eliminated much of the issue with disturbed sleep patterns in children and with growth cycle problems. 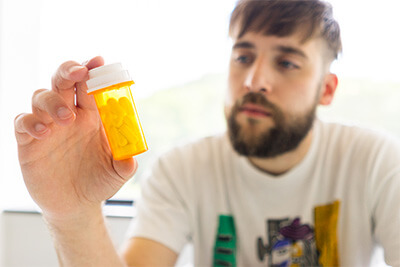 Both Concerta and Ritalin are potential drugs of abuse. When methylphenidate products are abused, the pills are typically ground up and snorted, or mixed with water and injected. This negates the extended-release properties of Concerta, and the medication is delivered to the brain much more quickly than it would be if taken in pill form.

All methylphenidate products have the potential to produce both tolerance and withdrawal symptoms in individuals who use them on a regular basis. Abusers of methylphenidate are more likely to develop significant tolerance and withdrawal symptoms than individuals who use the medication for medical reasons and under the supervision of a physician.

The withdrawal process from methylphenidate products is similar to the withdrawal syndrome associated with other stimulants. Symptoms include:

Treatment for withdrawal typically involves managing the specific symptoms via medications and using Cognitive Behavioral Therapy and stress management. The withdrawal syndrome associated with methylphenidate products is not physically damaging in the same way that withdrawal from alcohol can be fatal, but individuals may become emotionally distraught and are at risk for impulsive behaviors or poor judgment. Some individuals may experience dehydration as a result of appetite loss and lethargy, and this can lead to serious complications.

In rare cases, individuals withdrawing from chronic stimulant abuse have been known to experience hallucinations (seeing, hearing, or otherwise experiencing things that are not really there) and other psychotic effects, such as delusions (significant paranoia). This appears to be associated with the development of psychosis as a result of heavy stimulant abuse or having a previous diagnosis of a mental disorder. In most instances, hallucinations and delusions that occur during withdrawal can be treated and will eventually resolve in chronic stimulant abusers.

Find Addiction Treatment Programs Near You