What Is Heroin Cut With? 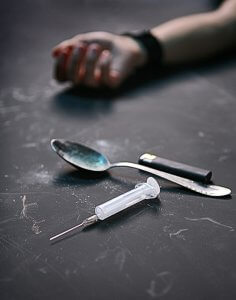 Heroin is known as a powerful and illegal street drug and opiate, derived from morphine.

As a Schedule I substance, it has no medical use, and it is only available through illicit black markets. Because of this, nobody even really knows what they will get in a substance marketed as heroin.

This drug can easily be “cut” with a variety of difference substances. This means that drug dealers will add other drugs or non-intoxicating substances to the drug so they can sell more of it at a lesser expense to themselves.

It’s a bit like watering down alcohol, only the agents added to heroin are much more dangerous than a bit of water. Because heroin typically comes in a white powder, clear solution, or black tar-like substance, it’s easy to hide substances of a similar appearance to the drug and pass it off as pure. This practice is so widespread that it’s expected that no heroin found on the streets is actually pure. Heroin can be anywhere between 3 and 99 percent pure, making the effects of any batch highly unpredictable.1

Common substances that heroin can be cut with include:

None of these substances are particularly safe to be snorting or injecting directly into one’s bloodstream, but some are safer than others. Stimulants are dangerous because they can mask the signs of overdose, leading to a lack of treatment and a much higher risk of brain damage or death. Other substances don’t dissolve completely in the injection solution, which can lead to serious health problems as the particles build up or block arteries. This can lead to heart attacks and other heart conditions, including infection of the heart tissues, blockages in the brain, and liver damage.

There’s also a problem with heroin users themselves cutting the drug with other intoxicants to increase the effect. Recently, reports of heroin being cut with fentanyl are alarming health experts across the nation. Fentanyl is a synthetic opioid considered to be 30-50 times more potent than heroin, with the spokesperson for the DEA saying that in its pure form, it can be deadly to the touch. The combination of these powerful opioids significantly increases the chance of overdose and death. Reports found that from late 2013 through 2014, there were at least 700 deaths related to fentanyl in the US.2

Opioid overdose involves severe depression of the respiratory system and other essential bodily functions as this class of drug depresses the entire central nervous system. This can cause a user to begin to breath very slowly or take very shallow breaths to the point that not enough oxygen can reach the brain. This leads to rapid cell death, coma, and brain damage.

Heroin overdose symptoms can include:

An opioid overdose is very dangerous, but with quick medical intervention, most people can be saved.

Any individual showing signs of heroin overdose should be immediately rushed to an emergency room for immediate treatment.

Find Heroin Addiction Treatment Near You

Last Updated on December 20, 2021
Share
Marisa Crane, B.S.
Marisa Crane is a writer and editor specializing in mental and behavioral health.
Read Our Editorial Policies
Related Topics
Related Tags
heroin
Don’t wait. Call us now.
Our admissions navigators are available to help 24/7 to discuss treatment.
Why call us?
Get addiction help now (24/7 helpline)We’re here for you every step of the way.