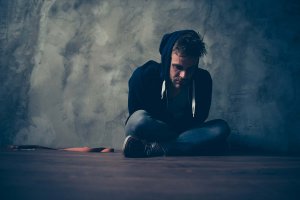 Crystal methamphetamine, better known as crystal meth, has been a health concern for the LGBTQ community since the late 1990s, when gay and bisexual men in New York City started using it as an aphrodisiac.

Nowadays, crystal meth is a popular drug in the young LGBTQ community because users mistakenly believe it can enhance their experiences and help them have fun.

The statistics on crystal meth abuse in the gay community are worrisome. In some parts of the country, this drug caused havoc among the gay population, especially in major metropolitan areas.

How Did Crystal Meth Become So Popular With Gay Teens?

You might be wondering why crystal meth is so popular with LGBTQ teens. Well, to understand that, you should first understand some things about the drug itself.

Crystal meth is a drug that acts as a stimulant. Once someone uses it, the drug quickly achieves high concentrations in the brain, where it stimulates the release of dopamine and norepinephrine. As a result, the user feels euphoria, has a suppressed appetite, more energy, and a better sexual performance. On a psychological level, crystal meth can produce feelings of confidence, power, invulnerability, and increase the user’s sexual desire.

This is why teens in the LGBTQ community see crystal meth as a “party drug”. But crystal meth is more harmful than it might seem at a first glance.

A crystal meth high can last up to 12 hours, depending on the user’s tolerance. The high is always followed by a period of exhaustion, irritability, depression, and sometimes paranoia. Users commonly call this period “the crash”.

But teens face another problem when it comes to drugs. According to a study published in 2011, the developing brain is more vulnerable to drug abuse than the adult brain. It seems that drug use during adolescence can significantly increase a young person’s risk of developing a drug addiction later in life.

And that’s not all. Crystal meth addiction leads to a host of health problems.

The Dangers Of Crystal Meth Addiction

Crystal meth gives the user a false sense of wellbeing, energy, and invulnerability. That, combined with the drug’s effect of decreasing the user’s feelings of hunger, can lead to extreme weight loss. Other effects include insomnia, anxiety, paranoia, confusion, and hallucinations.

Long-term users can cause themselves irreversible harm such as brain, liver, or kidney damage, memory loss, increased heart rate, severe tooth decay, and a higher chance of suffering from a stroke.

Crystal meth is also one of the most dangerous drugs out there because users often overdose on it. In 2017, crystal meth was responsible for about 15 percent of all drug overdoses.

What Can You Do?

If you suffer from a crystal meth addiction or you suspect one of your close ones does, you should contact our admission navigators at

Treatment options for crystal meth addiction may require both medical and psychological treatment to ensure the user can function in everyday life without seeking out meth.

Michael Kaliszewski, PhD
Related Topics
Don’t wait. Call us now.
Our admissions navigators are available to help 24/7 to discuss treatment.
Why call us?
Get addiction help now (24/7 helpline)We’re here for you every step of the way.