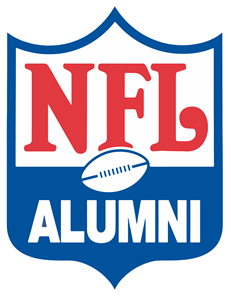 The stigma associated with addiction and mental health is one of the barriers that keeps people from seeking treatment. The risk of going untreated can be dire for some people. In 2018 alone, there were more than 68,000 overdose deaths in the United States. That’s why the NFL Alumni Association (NFLA) and American Addiction Centers (AAC) have teamed up to raise public awareness through a new social campaign.

As part of the campaign, former NFL players are wearing their jerseys and encouraging their fans to do the same on Twitter with the hashtag #TacklingtheStigma. Fans who post a photo and tag @AAC_Tweet and @NFLAlumni will be entered into a drawing to win a Hall of Famer signed football,  personalized video message from a former NFL player and other prizes.

Former Dallas Cowboys’ star Thomas “Hollywood” Henderson also shares his personal struggle with addiction in a special PSA. To watch his video or learn more about the campaign, visit https://americanaddictioncenters.org/social/tackling_stigma

“Far too many people still view addiction to drugs and/or alcohol as a moral weakness instead of a disease and that stigma causes people to suffer in silence,” said Derek Price, CEO of AAC’s Desert Hope Treatment Center and former NFL Player. “We must change perceptions in order to end the stigma and that starts by raising awareness.”

In addition to participating in the challenge, other ways to help tackle the stigma include:

“People struggling with addiction shouldn’t have to fight the disease and the stigma associated with addiction and mental health issues,” said NFLA CEO, Beasley Reece. “The National Football League Alumni Association is proud to team up with American Addiction Centers to create an environment of support, healing, love, and understanding. Please join the campaign #TackingtheStigma.”

If you or someone you loved one is struggling with addiction, American Addiction Centers offers a 24/7 helpline at 866-244-1070.

Miss for America, Kassie Perkins, on Forgiveness After Addiction