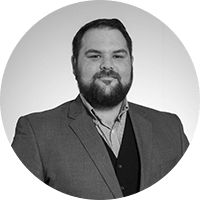 Based on the recent referendum in Oregon that passed on November 3, making Oregon the first state to decriminalize small amounts of heroin and other drugs, AAC’s Outreach Coordinator Jake Arther penned an op-ed on how this act can potentially break the cycle of jail making addiction even worse.

When Arther struggled with an addiction to prescription opioids, he was arrested four times in less than one year and had three separate stints in the county jail. None of those situations curbed his addiction and he was soon faced with a lengthy prison sentence.

Instead of going to prison, Arther’s attorney pushed for opportunity for him to obtain addiction treatment. After completing treatment and beginning a new life in recovery, the extent of his addiction was understood and he avoided prison time altogether.

As a result of his own experience, Arther’s op-ed highlights the devastating effect of prison on those with addiction and states that incarcerating drug offenders is directly contributing to the country’s drug problem.

In the piece, Arther points out that only 11% of inmates throughout the country received treatment for addiction and that a survey revealed that prison medical directors suggested that most are not aware of the benefits of using medication with treatment. When treatment is offered, it consists of behavioral counseling and/or detoxification without follow-up.

Arther’s piece lists the extensive benefits and impact on providing treatment instead of incarceration and calls on other states to follow Oregon’s suit. His entire piece can be read at NBC Think.

AAC Expert Interviewed in Healthline on Cannabis and its Increased Potency