Today, Joseph Bradley is a doctor who treats first responders and veterans struggling with substance abuse.

Three decades ago, he was a first responder himself in northern California. In fact, in 1989 he was recognized as one of the Golden State’s officers of the year. Among other things, he’d saved the life of an infant using CPR—a case, he says, of simply being in the right place at th 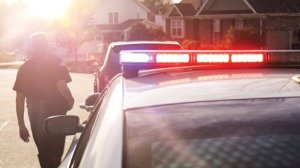 “Anyone would have done the same if they’d been there,” he says.At any rate, Bradley, now 53, knows life-and-death situations. And he knows what the people he helps today are dealing with.

“If you go in and handle an infant death, that’s pretty darn traumatic,” he says. “If you’re a police officer investigating it or a firefighter or a paramedic or an ER nurse or a surgeon—whoever you are, it’s traumatic.”

Now, “I can sit with someone who’s trying to explain their feelings but pauses or trails off, and they don’t need to say any more,” he says. “I know what they’re trying to say already.”

Bradley is director of the Chronic Pain and Chemical Dependency program at Solutions Recovery in Las Vegas. Why the drastic career change?

Read the entire story on Focus On The Family.