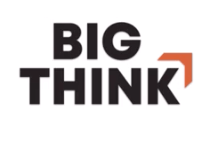 Detox.net recently published a report depicting the different ways that states charge and punish drug offenders. In 30 states, methamphetamine was the drug most frequently involved in drug-related offenses for 2017. Dr. Stephen Pannel, medical director of Oxford Treatment Center in Mississippi, expected the results.

“Crystal meth is the drug most frequently seen in criminal offenses because possessing just a small amount can lead to very significant criminal consequences,” said Dr. Pannel. “Once a person is hooked on meth, it requires a large amount to maintain the habit. This usually leads to criminal behaviors including theft, to support the habit with money.”

Another finding in the study was that marijuana was the most cited drug offenses for two states 2017.

The study, which includes the percentage of drug related guilty pleas and the average months incarcerated for drug offenses, can be found here.