Although generalized national data reflects lower rates of substance abuse among Asian Americans, this should not imply that the impact of addiction on this thriving community is negligent. In fact, there is a concerning disparity between Asians and the rest of the population with respect to the rate of individuals receiving substance abuse treatment. 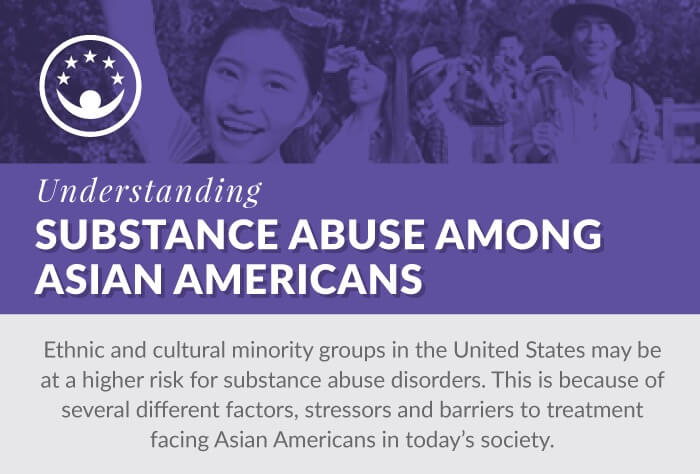 As a group, Asian Americans have lower rates of substance abuse compared to the general U.S. population and all other subgroups within the population. Findings from the 2018 National Survey on Drug Use and Health include:3

Although Asian Americans are often studied as a single population, there are important differences in the rates of substance abuse among different Asian subgroups. A previous analysis of four large national surveys on drug use describes key differences among the U.S. Asian population that include:4 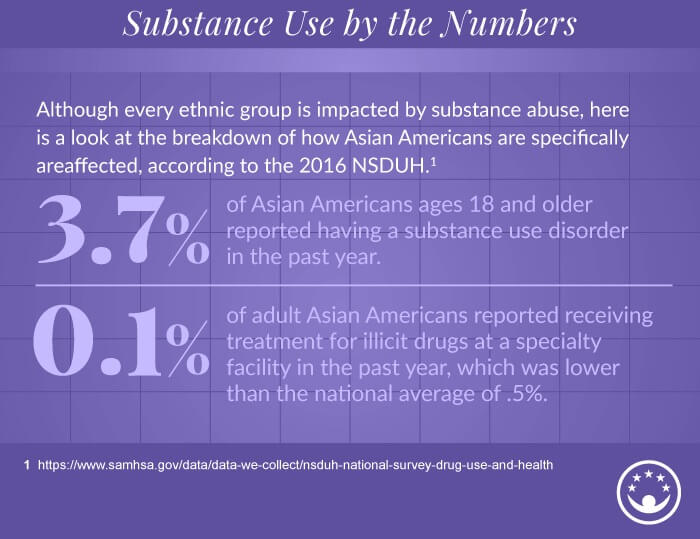 The Substance Abuse and Mental Health Services Administration reports that only 3.3% of Asian Americans needing substance abuse treatment receive such treatment.5 When compared to the rest of the country, Asian Americans are more than 3 times less likely to receive treatment than the general population (11.1%).

Sadly, many Asian Americans hide their substance abuse from family and friends until the consequences of their addiction are so serious (often resulting in scenarios such as arrest, hospitalization, or homelessness) that intervention is often forced onto them. 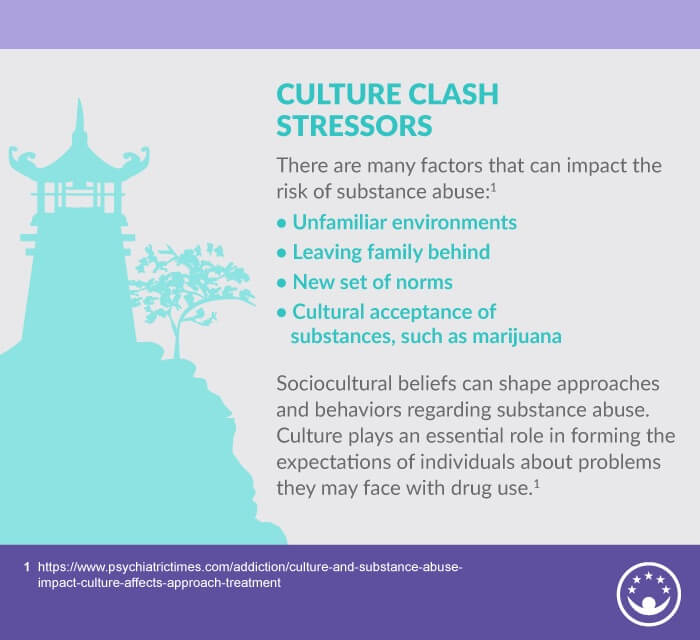 There are several reasons why Asian Americans are less likely to seek and receive treatment for substance abuse. Some of the cultural and practical barriers that make it harder for Asian Americans to get the help they need include:6

There is little to no discrepancy between Asian Americans and the rest of the general population with regards to response to substance abuse treatment. Studies indicate that Asian Americans show similar rates of treatment retention and completion as other program participants, as well as comparable treatment outcomes.7 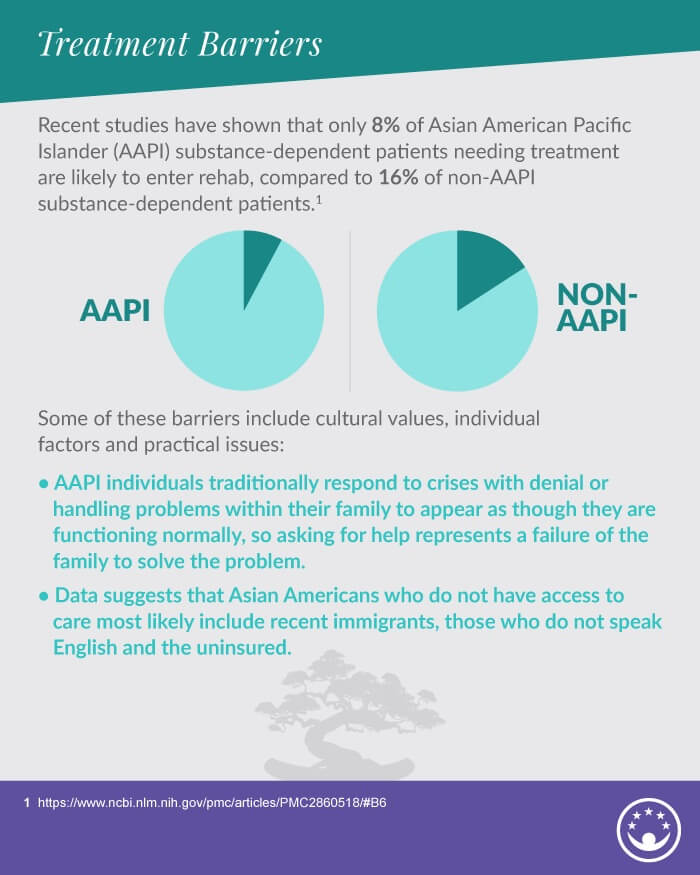 Because Asian Americans respond well to treatment when provided the opportunity, it is important that their underrepresentation in substance abuse programs is addressed and any barriers to treatment are removed.

Michael Kaliszewski, PhD
Medical Reviewer
Dr. Michael Kaliszewski is a freelance science writer with over 15 years of experience as a research scientist in both academia and industry.
Read Our Editorial Policies
Related Topics
About The Contributor

Michael Kaliszewski, PhD
Medical Reviewer
Dr. Michael Kaliszewski is a freelance science writer with over 15 years of experience as a research scientist in both academia and industry.
Read Our Editorial Policies
Related Topics
Don’t wait. Call us now.
Our admissions navigators are available to help 24/7 to discuss treatment.
Why call us?
Get addiction help now (24/7 helpline)We’re here for you every step of the way.
;