Children of Alcoholics Week happens this month, and for many people in recovery, the struggles caused by growing up with a parent living with an active addiction continue to plague their abilities to live balanced and emotionally healthy lives. A child who grows up with a parent or caregiver who drinks heavily and/or uses drugs is never a priority. They also don’t have the positive example and guidance they need to learn how to take care of themselves, build healthy relationships, and get a strong emotional start in life. As a result, adult children of alcoholics, or ACOAs, often face a number of characteristic difficulties in adulthood. Each of these issues can make it harder to find peace and balance, and many ultimately turn to use and abuse of substances as a means of handling those challenges.

Among adult children of alcoholics, these are some of the 10 most common personality traits:

1. Impulsive behavior: Adult children of alcoholics (ACOAs) will often impulsively make a choice or respond to a situation without thinking through the consequences or considering other options. Ultimately, this means that they will spend a lot of time trying to fix the problems that result and/or covering up the consequences. 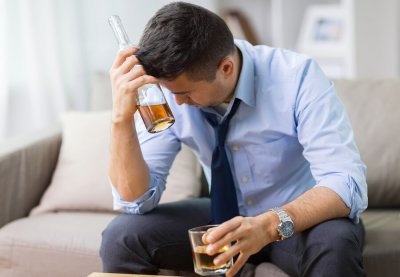 2. Isolation: ACOAs often do not know what a “normal” or balance response is in any given situation and often guess at the appropriate way to respond. They often feel like they are different from everyone around them, and many believe that they either cannot function with other people as a result or that they should be given special treatment and allowances for dysfunctional behavior, which can make it difficult to maintain positive relationships. This sense of isolation can be a huge trigger for relapse and should not be ignored.

3. Inconsistency: ACOAs have a difficult time with follow-through and often overcommit in their work and home lives as well as in personal relationships. Though they often feel the need to take care of everyone and everything around them, they will find it difficult to follow through and make good on their commitments.

5. Overreaction to changes outside their control: Unsolicited change is almost always received negatively by ACOAs. Rather than take a moment to process the potential positive aspects of the presented change or focus on how to adjust and move forward, the response is often an extreme overreaction that is emotional in nature and does nothing to move the situation in a positive direction. 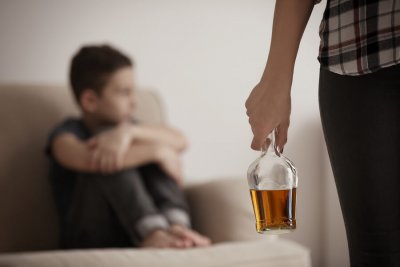 6. Perceived victimhood: ACOAs have a hard time identifying the role that their choices play in the evolution of their lives and relationships. Instead, they often blame the people around them for the consequences of their choices, often defending themselves by saying, “Well, you did X, so I was FORCED to do Z.” Because they have a difficult time acknowledging their mistakes, they often repeat them since they are unable to learn from them and make better choices next time.

8. Seeking approval from others: ACOAs often prioritize the opinions of others and have a difficult time taking criticism of any kind. Even if it is well-meant, accurate, or constructive, their response is often to villainize the person making the criticism, say that they don’t know what they are talking about or to shut down the discussion with some form of emotional manipulation (e.g., crying, silent treatment, blaming, etc.).

10. Substance use disorders: Though ACOAs know firsthand how devastating the use of alcohol and drugs can be, they may still develop substance abuse problems themselves. It may be genetics, being raised in an environment permissive of heavy substance use, early age of first use, a lack of positive coping mechanisms for managing stress, or some combination of these things.

If you are in active recovery and you were raised by an alcoholic or someone in active addiction, it can be incredibly helpful to your ability to stay sober to directly address any of the above issues that you may be struggling with and get the help you need to learn how to live a healthy and balanced life in sobriety.

Editorial Staff
Author
The editorial staff of American Addiction Centers is made up of credentialed clinical reviewers with hands-on experience in or expert knowledge of ad … Read More
Read Our Editorial Policy
Recent Posts
Related Tags
alcohol
Don’t wait. Call us now.
Our admissions navigators are available to help 24/7 to discuss treatment.
Why call us?
Prefer texting to talking on the phone? We’ve got you covered 24/7.
Instead, sign up for text support to receive: