Former vice president Joe Biden is seeking the Democratic nomination. He does not currently have any information regarding his stances on the opioid crisis published on his official website. However, Biden’s healthcare plan and criminal justice plans would allegedly boost funding to addiction treatment. Biden is also on the record as stating that addiction is a “disease of the brain,” and should be treated with compassion rather than punishment. These stances mark a change from Biden’s views on drug policy in the 80s, 90s, and early 2000s, when he supported legislation that set criminal punishments for those using drugs like crack, ecstasy, and MDMA. 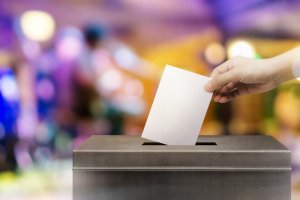 A late entry to the race, Michael Bloomberg is seeking the Democratic nomination. Bloomberg’s opioid plan revolves around expanding access to addiction treatment, specifically for those in hospitals or already in the criminal justice system. Bloomberg’s campaign website advocates treatment for those struggling with drug addiction instead of incarceration, unless the individuals in question have “committed violent crimes.” During his tenure as mayor of New York City, Bloomberg’s controversial stop-and-frisk policy proved a more heavy-handed method of regulating drugs. Further, Bloomberg’s campaign staff includes former employees of Purdue Pharma, a company whose aggressive marketing of OxyContin helped to fuel the opioid crisis.

Former mayor of South Bend, Indiana, Pete Buttigieg is also seeking the Democratic nomination. Buttigieg has released a plan to combat drug addiction and expand mental health coverage on his campaign website. The plan would see an expansion of access to mental health and addiction treatment and allocate $100 billion in grants to local communities to fight the opioid crisis. Since Buttigieg has not held a state or federal office, it is difficult to determine a past history on opioid policy. Buttigieg has supported harm reduction methods like needle exchange programs.

Senator Bernie Sanders (I-VT) is seeking the Democratic nomination. Sanders continues to advocate for his Medicare-for-All policy, which he states will guarantee access to mental health and addiction treatment. Sanders has also proposed bills to hold pharma executives accountable for their role in fueling the opioid crisis. In addition, Sanders had been a long-time vocal critic of the War on Drugs and of punitive measures from drug users. While Sanders has remained consistent on these positions throughout his career, concerns remain on his ability to pass his legislation. Sanders’s website has not published any specifics on his opioid policies. Sanders has also supported harm reduction methods like needle exchange programs and supervised injection sites.

Though the Republican primary is not finished, it is likely that incumbent President Donald Trump will receive the Republican nomination. During his time in office, Trump’s budget proposals allocated significant funds to combatting the opioid crisis. His administration also got China to agree to classify fentanyl as a controlled substance to help regulatory efforts. While opioid overdose deaths have dropped, this decline cannot be linked decisively to any of Trump’s policies. Additionally, Trump’s continues to advocate for a border wall to stop the flow of illegal drugs from Latin America. This policy is viewed as ineffective by many criminal justice experts.

Senator Elizabeth Warren (D-MA) is seeking the Democratic nomination. Warren proposed the CARE Act, which would allocate $100 billion over ten years to combatting the opioid epidemic. She also advocates for criminal penalties for Pharma executives whose companies fueled the opioid crisis. Like Sanders, many are concerned about Warren’s ability to pass her legislation through the Senate if she wins the election. Warren has supported harm reduction methods like needle exchanges and supervised injection sites.

Timothy Esteves
Author, American Addiction Centers
Timothy Esteves is the Community Content Editor at American Addiction Centers. Read More
Read Our Editorial Policies
Recent Posts
Don’t wait. Call us now.
Our admissions navigators are available to help 24/7 to discuss treatment.
Why call us?
Prefer texting to talking on the phone? We’ve got you covered 24/7.
Instead, sign up for text support to receive:
;