Addiction doesn’t care whether a person is famous or not. Many celebrities have struggled with alcohol and drug abuse. Recently, during the NFL Championship game, singer and activist Demi Lovato received praise for her performance of the national anthem. Lovato has long struggled with substance abuse, but is maintaining long-term recovery. Her activism has helped decay the stigma around addiction and recovery. 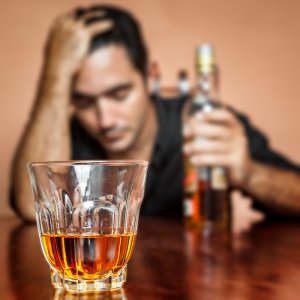 There are many celebrities in recovery who have beaten addiction and now serve as examples for those striving to live a better life.

Robert Downey Jr. is an American actor best known for his recent role in Marvel’s Cinematic Universe. However, Downey Jr. has a long history with drug abuse, and addiction nearly derailed his entire life and career.

Downey Jr. was exposed to substance when he was a child, particularly with marijuana. During the late 90s, Downey Jr. found himself shifting from rehab center to police station. He was arrested several times for drug possession and DUI charges. Facing the prospect of prison time in the early 2000s, Downey Jr. decided it was time to seek help. Now sober since 2003, Downey Jr. has seen a remarkable career revival, appearing in massive commercially successful blockbuster films.

Downey Jr. now talks about the persistence needed to attain recovery. He has stated that the journey can be difficult, but manageable.

Ben Affleck is an award-winning American actor and filmmaker who has struggled with alcoholism through much of his life. Though his notable acting credits are perhaps too numerous to list here, Affleck has become a pop culture icon. Yet, even he struggles with alcohol to this day.

Affleck has had a troubled history with alcohol and sobriety. First attending a rehab program in his teenage years, Affleck achieved sobriety in his twenties when his career took off. He slipped up in the early 2000s and attended rehab once again. For the following years, Affleck rode the line between sober and casual drinking, but eventually found himself slipping up into full-scale addiction. In 2018, after a video surfaced of him being drunk in public, Affleck checked into rehab once again.

Despite these frequent challenges, Affleck shows that recovery is seldom a straight-line path. It’s important to have the courage to recommit to recovery after a slip.

Drew Barrymore is an American actress and a member of the Barrymore family, famous for their involvement in Hollywood films. Starting her acting career as a child to critical acclaim, Barrymore found herself in a heavily publicized struggle with drugs and alcohol before joining the ranks of celebrities in recovery.

Barrymore’s history with addiction and mental health has been a turbulent one. Before she was in her twenties Barrymore had gone to rehab, survived a suicide attempt, and been institutionalized for nearly a year and a half. While she still drinks, Barrymore is in recovery for drug abuse. 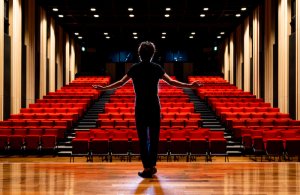 While there are many celebrities in recovery, there are even more people, not famous or well-known, who have also achieved sobriety. Often the best path to a life in recovery is through an evidence-based rehab program. At American Addiction Centers (AAC), we pride ourselves on our medically informed program that puts the patient’s needs at the center of treatment. If a celebrity can achieve sobriety, so can you. A life free of addiction is just a phone call away.