As the COVID-19 global pandemic continues to claim American lives, the nation’s opioid epidemic has been largely absent from America’s consciousness. While understandable, in these uncertain and trying times, the lack of national coverage concerning the ongoing opioid epidemic may be leading to a dangerous amount of misinformation.

According to a brief shared by the American Medical Association, 35 states have reported increases in opioid-related fatalities in the U.S. during the coronavirus pandemic. In fact, the Washington Post reported that suspected opioid overdoses increased by 18% in March, 29% in April, and 42% in May – a startling correlation.

As the COVID-19 pandemic creates isolation, financial instability, as well as anxiety and depression for many, most behavioral and mental health experts describe the surge of opioid overdoses as “deaths of despair.” To combat the nation’s ongoing opioid epidemic, it’s vital to understand the nature of an opioid overdose while debunking dangerous and sometimes life-threatening myths about opioid overdose.

1. Splashing Cold Water on the Person Will Help

Splashing cold water, dragging the person into a shower, or running a bath does absolutely no good for an overdose victim. The greatest risk of an opioid overdose is serious respiratory depression, or the person’s eventual inability to breathe. Splashing water has no effect on the respiratory system. In fact, this myth actually does more harm, as first responders may find it more difficult to administer life-saving care. 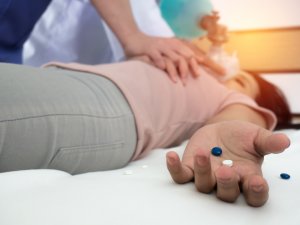 2. Opioid Overdoses Are an Urban Problem

Although the opioid epidemic is a nationwide tragedy, states considered more rural have actually experienced more opioid-related deaths in recent years. In 2017, according to the Centers for Disease Control and Prevention (CDC), the opioid-related death rate in rural America actually surpassed death rates in urban areas for the first time. While the causes for this may be speculative, a lack of addiction treatment resources, over-prescription, and overdose misinformation may be contributing to this trend.

This very dangerous myth is actually a major contributor to opioid overdoses. Drug tolerance, an ever-changing body chemistry, and powerful drug use is an unsustainable balancing act. Someone with the most regimented dosage isn’t immune to an overdose. In actuality, an experienced user may be less apt to consider their volatile tolerance levels, be overconfident in their tolerance, or play “catch up” after a missed dose. In other words, yesterday’s dosage may be tomorrow’s life-threatening overdose.

4. An Overdose Can Be Reversed by Injecting Milk or Saltwater

This folk-laden myth about opioid overdose is just untrue. In fact, injecting anything can cause serious complications. For instance, injecting saltwater can cause cardiac arrest. If you suspect someone is overdosing on opioids, your first response should be to call 911.

You may also be able to administer naloxone (also known as NARCAN®) in addition to calling 911. If administered correctly, naloxone can rapidly reverse the effects of an opioid overdose. 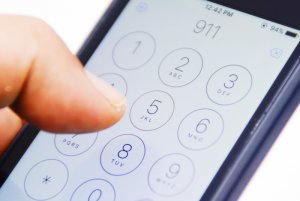 5. Calling 911 Will Result in Criminal Charges

To encourage people to seek out life-saving medical attention, all 50 U.S. states have enacted some form of “Good Samaritan” laws. While the particulars of these laws vary by jurisdiction, many of these laws offer a level of legal protection for bystanders who call 911 to report an opioid overdose. Overall, the fear of criminal consequences should not deter a life-saving action.

Dispelling myths about opioid overdoses is an important part of combating the opioid epidemic, though proactiveness may ultimately be the difference between life and death. Naloxone is now widely available throughout U.S. pharmacies and an effective antidote to opioid overdoses. However, while harm-reduction may play an important role, active opioid addiction is a continual, life-threatening risk. If you or someone you love is battling opioid addiction, contacting a reputable addiction treatment center may be the first step in saving a life – an undeniable truth that help is available.

Matt Berry
Author
Matt Berry is a published author, award-winning journalist and editor. For more than a decade, Matt has specialized in covering U.S. substance abuse … Read More
Read Our Editorial Policy
Recent Posts
Don’t wait. Call us now.
Our admissions navigators are available to help 24/7 to discuss treatment.
Prefer texting to talking on the phone? We’ve got you covered 24/7.
Instead, sign up for text support to receive: