Some people consider an office their second home, which is somewhat appropriate. Considering that the average person spends roughly a third of their lives working, it’s only natural to develop a connection to your workplace. However, this also means that sometimes household and family problems can become workplace problems.

Traditionally considered a problem experienced after work hours in a murky bar or a dimly-lit kitchen, alcoholism can manifest in nearly any setting. American Addiction Center’s Chief Medical Officer Dr. Lawrence Weinstein recently spoke to reporters from The HR Digest about the epidemic of workplace drinking, and how companies and individuals might work to fight addiction in the office.

Determining the Extent of Workplace Drinking 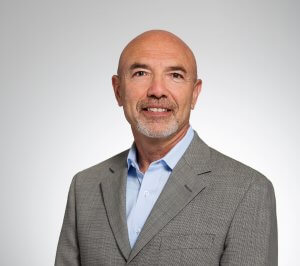 Exactly how many people are drinking during work hours?

These numbers shed light on the fact that addiction can easily find its way into an office. Alcohol can impair one’s ability to operate machinery, meaning that the risk of injury is significantly higher in jobs that require a worker to man such installments.

“The disease of addiction is not restricted to hours outside of 9 a.m. and 5 p.m., so the probability of a number of the millions of people suffering from alcohol use disorder consuming alcohol during working hours is very high.”

Who is at Risk?

Are there any significant risk factors to workplace alcoholism?

“There are specific professions that are more likely to contain problem drinkers than others,” Dr. Weinstein said, “Common factors include high-stress environments, long or inconsistent hours and underlying psychological or physical pain.”

According to the Substance Abuse and Mental Health Services Administration, certain professions are at a greater risk of abuse alcohol. Lawyers, healthcare professionals (specifically nurses), miners, construction workers, and hospitality and food service workers are considered most at risk for substance abuse. 1 in 5 lawyers and miners are reported as having abuse alcohol. Nurses, construction workers, and food services workers saw substance abuse rates of 15.3%, 16.5%, and 11.8%, respectively.

This doesn’t mean that enrolling in these fields will lead to substance abuse. As Dr. Weinstein pointed out in the article, there are many “environmental or genetic components” and well as occupational stresses and circumstance that can lead to alcohol abuse and addiction.

What to do About Addiction in the Workplace

Luckily, Dr. Weinstein laid out some plans for dealing with addiction in the workplace. Many of Dr Weinstein’s ideas revolve around mitigating the stresses and long-working hours that could spark alcohol abuse. “Reasonable working hours/shifts and workloads, breaks and other resources,” such as an employee assistance program, are quick, efficient ways to minimize the risk of an employee utilizing alcohol or drugs to cope with office tensions. 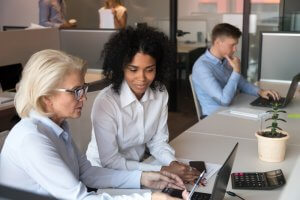 For those already diagnosed with addiction, ensuring “parity in treating substance use disorder and other chronic diseases” must be paramount. “Health coverage for substance use disorder remains essential in controlling total medical costs,” Dr. Weinstein said, “We must align medical coverage with the science behind this brain disease and not limit coverage to detox or withdrawal management.”

Tackling addiction isn’t easy. Tackling it in the workplace may prove to be an even greater challenge. Overcoming addiction starts with awareness. It’s important to recognize the signs of using alcohol to cope. Don’t suffer alone. Freedom for addiction is possible.

All quotes from Dr. Weinstein were initially published on The HR Digest. To read the full interview, click here.