It’s no secret that alcohol manufacturers are reliant on people drinking to keep the lights on. As more and more people become aware of the harmful effects alcohol has on the body, there have been calls for alcohol firms to do more to promote moderation. These alcohol firms have acknowledged these calls and begun promoting moderate drinking.

However, a study done by the Institute of Alcohol Studies in Great Britain shows a different story. While alcohol firms may advocate for moderation, the lionshare of their revenues come from those who abuse alcohol and drink to excess. 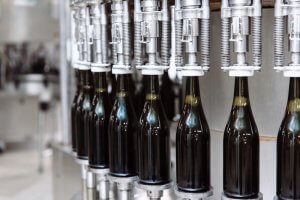 Alcohol can wreak havoc on your health. Numerous diseases, such as heart disease, liver disease, breast cancer, and diabetes, have been linked to excessive drinking. This isn’t even mentioning the disease of alcohol use disorder (AUD), colloquially known as alcohol addiction, alcoholism, or alcohol dependence.

It should be little surprise that world governments are beginning to implement rules and regulations. In Britain, under pressure from government organizations, 100 alcohol producers and retailers signed a “responsibility deal.” The deal bound these companies to promote moderate drinking through advertising campaigns. Moderate drinking in Britain is 4 units (8 grams) of alcohol a week.

Of all Britons, roughly 59% fall within moderate drinking guidelines, whereas another 16% abstain from drinking. But what about the other 25% of people?

Drinking All the Way to the Bank

The Economist reports that roughly 25% of people in Britain partake in hazardous or harmful drinking. 21% drink hazardously (24 units of alcohol per week), while 4% drink harmfully (73 units of alcohol per week). What is most shocking is that this 25% of the population accounts for 68% of the alcohol industry’s revenue. They also drink 78% of all alcohol consumed in Britain.

If the alcohol firms successfully promote moderate drinking, they’d be directly cutting into nearly 70% of their revenue.

It is also worth noting that, despite promises to promote moderate drinking, Big Alcohol’s lobbying efforts are spent being elsewhere. The National Institute of Health (NIH), based in the United States, axed a 100-million-dollar study on moderate drinking. They cited bias towards the products of alcohol firms funding the study. Additionally, the alcohol industry now routinely outspends the tobacco industry in terms of lobbying money. 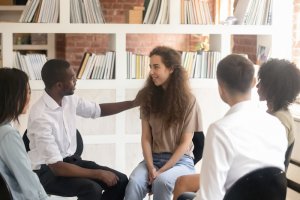 In the United States, alcohol firms promote moderation but rely on abuse. Meanwhile, it is estimated that 17 million struggle with alcohol use disorder. If you find yourself unable to control your drinking, you may have or be at risk for developing AUD. It’s important to remember that you are not alone in this struggle.

American Addiction Centers operates a network of treatment facilities across the United States. Our medically-informed, patient-centric treatment program has a success rate nearly double the national average. If you’re ready to regain control of your life, give us a call, or click to chat.

All quotes and data were initially published in The Economist. To read the full article click here.