April is the month in which we observe Alcohol Awareness Month. Those that are struggling with the disease of alcohol addiction, as well as their family and friends that are impacted, can use support and encouragement, this month and always. Due to shame and stigma, so often those battling alcoholism, or alcohol use disorder, may be in denial about their misuse. Or they may not be cognizant of the dangers of alcohol because it’s legal and socially acceptable, so their misuse may have been overlooked and may require a supervised detox before entering into treatment.

Joy Sutton, host of American Addiction Centers’ (AAC) Sober Thursdays, had the opportunity to sit down with four current employees of the nationwide leader in addiction treatment.

AAC has a compassionate team of professionals. With some employees having struggled with alcohol and/or drug misuse in the past themselves, these sober employees, now in long-term recovery, provide their patients with the empathy so appreciated in the job.

The second episode of Sober Thursday included the following panelists:

This compassionate group of individuals shared openly about their experience with alcohol misuse and the work that they do at AAC. The conversation in this week’s episode focuses on the topic of the 3 Ds: “Detox, Denial, and Dangers: An Alcohol Reality Check.”

If you’re battling an alcohol use disorder, you’re not alone. There are people that want to help. AAC provides care in a supportive and compassionate environment under licensed medical professionals. If you’re battling with addiction, please reach out for help. 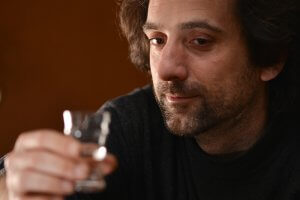 cocaine, or methamphetamine. Being addicted to a substance that is socially acceptable, legal, and easily accessible may often give the users and family and friends the illusion that no problem exists when it actually does.

When asked why he thinks so many people struggle to admit they have a problem, Outreach Associate Luis Villagrana in Ohio thinks one of the biggest issues we have with alcoholism being denied is a result of missing the educational component to what alcoholism actually is.

“My personal experience comes in where I didn’t believe I was an alcoholic because I didn’t know what an alcoholic looked like,” said Luis. He went on to say that he had alcoholics in his family–within his household–who didn’t believe they were alcoholics themselves. The Outreach Associate relayed that his family had the need to control their environment. And likewise, “…if I think I can have control over my symptoms, that often deters the possibility of receiving treatment… that withheld me from making that initial step of saying ‘I’m an alcoholic and I need some help.’”

Tiffany shared how she believes the shame and stigma around alcoholism is so prevalent, but so too are the commercials advertising alcoholic beverages, having alcohol so easily accessible at happy hours, and people inviting others out [where alcoholic beverages] are available. “So to be that person that might seem to be out of control, [that person that might] have a problem, is such a shameful thing still in our society. It’s gotten better, but nowhere near where it needs to be.”

To learn more about alcohol misuse and to be encouraged by the panelists, including Karah Moody and Ben Hoback, watch this episode of Sober Thursdays in its entirety. And if you find yourself struggling with alcoholism, please reach out for the help that you need today.

Nitara Osbourne
Author
Nitara Osbourne, M.Ed., is an award-winning writer and Content Specialist at American Addiction Centers.
Read Our Editorial Policy
Recent Posts
Related Tags
alcohol misuse
alcohol use disorder
Don’t wait. Call us now.
Our admissions navigators are available to help 24/7 to discuss treatment.
Prefer texting to talking on the phone? We’ve got you covered 24/7.
Instead, sign up for text support to receive: