It’s possible. Many have done so. Celebrity-status doesn’t exempt an individual from the struggle of substance misuse. Some may even argue that the film and TV industry opens the door to such struggles due to the pressure and demands made by the career choice. Regardless, addiction to drugs (illicit or prescription) and/or alcohol is a disease that can impact anyone from many walks of life. With professional help, recovery is possible.

Shaun’s down-to-earth personality and authentic share of his experience with addiction and his comeback are nothing short of inspiring.

Be sure to watch this Addiction Talk episode entitled: From Hollywood to Homeless and Back: A Mighty Recovery Story.

If you’re struggling with a substance use disorder, you’re not alone. And there are resources available. As a nationwide leader in addiction treatment, AAC provides medical detox, inpatient and outpatient treatment, and aftercare planning. Please reach out to get the help that you need.

“I don’t know if I would be here if it wasn’t for meth. I might have tried to kill myself,” shared Shaun Weiss about how he started using drugs.

As much as it may seem like the above statement is advocating for the use of methamphetamine, the now sober actor is not. He was referencing a time when he was in such emotional pain from a relationship breakup that meth gave him what he believed to be the “instant relief” that he needed. He described the pain from his breakup as if “somebody was sitting on [his] chest.”

Combine this with his father passing away and a job he was in the middle of working on falling through at the time, and it became an overwhelming culmination of negative situations he had never experienced before. And after trying meth and no longer having a place to live, he ended up homeless.

“It was just too much for me really,” admits Shaun. “Instead of reaching out to people that would’ve helped me—friends, family, 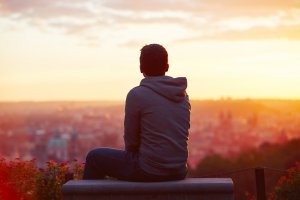 co-workers—I just stayed chasing the next fix. I had gone down such a spiral that I didn’t know what to do to get myself out of it.”

Shaun used both methamphetamine and heroin. Meth is a very addictive stimulant that impacts the central nervous system. Although developed from its parent drug, amphetamine, in the 20th century, meth has a more potent impact than its predecessor. Not only does it cause decreased appetite and an increase in talkativeness and activity like amphetamine, but meth also has more harmful and longer-lasting effects on the central nervous system and gets into the brain, making it a more potent stimulant.

Heroin is an opioid drug created from morphine. It’s a natural substance taken from opium poppy plants, which are grown in Columbia, Mexico, and Southeast and Southwest Asia. Heroin impacts the body by entering the brain quickly and binding to what are called opioid receptors on cells in many different areas that involve both pleasure and pain and in controlling breathing, heart rate, and sleeping.

Misusing substances for the purposes of becoming numb or to avoid feeling pain is not uncommon. Shaun wasn’t alone with this behavior during active addiction.

Although substance misuse is a disease, often people mention the external reasons as to why they started using in the first place.

The fact remains that misusing substances can not only make an individual’s life worse, but it can negatively impact their body and brain chemistry. This includes effects on one’s breathing, heart rate, inability to make decisions, causing forgetfulness, or misuse may lead to a coma or death.

“I got into treatment because the judge put me in a drug diversion program,” said The Mighty Ducks’ actor. Shaun was arrested while he was homeless, and this event was a turning point in his life.

“I was looking at three years in a jail cell. The thought of sitting in a jail cell was a definite deterrent and was something that kept me in line in my early sobriety. If I had a dirty test, I would’ve gotten locked up.”

Regardless of how he arrived at the point when he is was ready for his recovery journey, Shaun made the choice to take that first step. That took courage.

And if you’re struggling, you can take that first step as well.

To learn more about Shaun Weiss, substance misuse, and recovery, please watch this inspiring episode of Addiction Talk. And if you find yourself battling with meth or an opioid use disorder, please reach out for the help that you need today.

Nitara Osbourne
Author
Nitara Osbourne, M.Ed., is an award-winning writer and Content Specialist at American Addiction Centers.
Read Our Editorial Policy
Recent Posts
Related Tags
methamphetamine
opioid use disorder
substance misuse
Don’t wait. Call us now.
Our admissions navigators are available to help 24/7 to discuss treatment.
Prefer texting to talking on the phone? We’ve got you covered 24/7.
Instead, sign up for text support to receive: