Feeling invincible gives an individual the courage to believe in the impossible, to take action, and inevitably to take risks. Channeled through a positive and calculated plan with a specific goal, this mindset may appear to be optimistic. However, if used recklessly while under the influence of drugs or alcohol such as cocaine addiction, it can be dangerous. Even lethal. Substance use disorder (SUD) or alcohol use disorder (AUD) may provide the false hope of invincibility, but the reality is that individuals are left with battling a disease as they navigate through life.

In this candid interview, the table is turned, and Vic gets the chance to open up and share his own story instead of being the one to asks all the tough questions. He discusses everything from his cocaine addiction, to hiding his use of cocaine from colleagues, and to the impact it had on his health when he found out he was HIV-positive.

Be sure to tune into future episodes of Addiction Talk, but first catch this gripping and honest episode about how one man worked through his addiction and is living his life sober.

If you’re struggling with an AUD or SUD, there are resources available to help. AAC is a nationwide leader in addiction treatment and provides care in a supportive and safe environment under licensed medical professionals. If you’re battling with an addiction to cocaine or any SUD, please reach out for help.

Vic Vela was a young twenty-something when he embarked on a career in journalism some 15-20 years ago.

“My love affair with cocaine began when my journalism career was taking off. I had a lot of talent… and I was hired right out of college to be a sports anchor for a TV station. An NBC affiliate in the state of Texas,” said Vic.

He admitted to getting a “little ego” around the idea of that, as he had his face on billboards and bus stops. The magnitude of what this opportunity provided him hit hard. He was on the 10 o’clock news. And he even remembers a time when he interviewed the owner of the Dallas Cowboys. He was feeling the gravity of his career.

“It was around that time that I really noticed cocaine became sort of a partner for me… I would first do it on the weekends.”

Vic did this for a while. Hung out with friends on Friday and Saturday nights, but then it evolved into cocaine use on 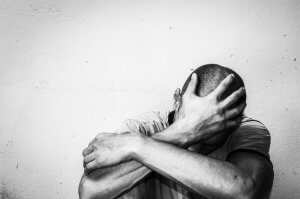 Thursdays as well… and then on Wednesdays… until he was consuming cocaine every single day because he loved it so much. “I’m doing it before I go on the air… I would go into the makeup room in the newsroom, put on my tie, put on my makeup, and then just do some cocaine off the sink, go on the air, and no one was none the wiser,” shared the successful journalist.

He would even have just a few drinks with co-workers at a bar—but end the night with them early and favorably—before he would use cocaine later in the evening; the side of himself that he didn’t want his colleagues to see.

According to Vic, the red flags that were clear signs of being out of control consisted of:

To all those battling a SUD or an AUD, Vic invites them to simply say, “I have a problem and I need help.” The Recovery Podcast Host continues, “I guarantee you’re just going to feel a huge weight off your shoulders just from doing that. And that’s a very, very brave thing to do. It’s a very courageous thing to do.”

To learn more about Vic Vela and to hear his courageous story in its entirety, watch this recording of Addiction Talk. And if you find yourself battling with substance or alcohol misuse, please reach out for the help that you need today.