Desirée Bujanda Misle is the mother of a son with addiction and the author of I, Mother of an Addict. Recently, she took time to write for AAC about her experiences with addiction, codependency, and motherhood.

Addiction in the Family 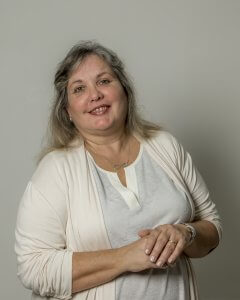 As the mother of a recovered addict, I went through this process burdened with guilt and shame due to the social stigma that exists towards the addict and his family. I never imagined that drugs would make it home. We are a fairly functional family. I have two children and I have been married for 36 years, so it is not true that addiction only occurs in unstructured homes, with traumas, with emotional deficiencies. Little did he know about drugs and even less about addiction. Ignorance and naivety were very bad traveling companions.

I suffered for two years because I could not get my son to give up marijuana. I thought that because of his love for me, he would stop using it. Alcohol consumption didn’t worry me at first. After all, alcohol is legal. It’s socially promoted and consumed by everyone at home. I never saw alcohol as a drug and I was never aware of the risks.

Many people told me that smoking marijuana was not a problem, but my son could not stop. He promised not to, but he had no control over it. Later, I understood that the addict does not choose to be an addict. Addiction is a disease in which wanting is not power and only with treatment can sobriety be achieved.

Denial was a common symptom of addiction. My son’s denial and manipulation fed my hope, because it was difficult for me to accept that my son was an addict. He tried to convince me many times that I could control him, which in turn fueled my denial. Over and over he repeated to me it can’t be, he is going to leave him and meanwhile, the pain, the offenses, the anger, all those emotions were deteriorating our life and my family nucleus. Finally he agreed to do the treatment. During the family therapies I learned about my emotional codependency towards my son. I only lived according to him, his consumption and consequences. He became my drug. He lived to control it, to know if he had used, if he would get home safely.

It is a toxic love. I believed that it was my responsibility to save him. Every day my attachment to him grew, which translated into more and more suffering. Thanks to his recovery and what I learned, I have been able to manage that codependency and resume the life that I put aside to take care of him.

When my son started residential treatment, I began to write about my pain, my anger. I wanted to record everything that happened so that I would not forget anything. I continued my attachment to him, feeding my suffering. In the course of this adventure, I began to incorporate what I had learned, my experience, that healing journey that we undertook as a family and from there came a first draft of what would later become my book; I, Mother of an Addict.

During the last two years my life project has been to contribute to breaking the stigma. I strive to be a voice, a visible face making it known that addiction is a disease, and that even when it is chronic it is treatable. I hope to let others know that supporting the addict to get treatment and recover the life and freedom that you lost can promote compassion and understanding towards the family who also suffers in silence.

My son’s addiction treatment taught us to be better people, to forget, forgive, respect, value ourselves and feel very proud of the work he did to recover his new life in sobriety. 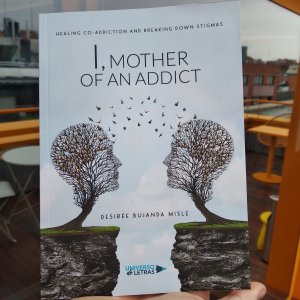 I am convinced that with treatment for the addict and therapy for the family, well-being, harmony and healthy relationships, without attachment, can be restored in the family.

To read more about Desirée Bujanda Misle’s experiences with addiction and codependency, you can read her book, I, Mother of an Addict, or visit her Instagram @madredeunadicto.

Editorial Staff
Author
The editorial staff of American Addiction Centers is made up of credentialed clinical reviewers with hands-on experience in or expert knowledge of ad … Read More
Read Our Editorial Policy
Recent Posts
Related Tags
addiction
codependency
family and loved ones
Don’t wait. Call us now.
Our admissions navigators are available to help 24/7 to discuss treatment.
Prefer texting to talking on the phone? We’ve got you covered 24/7.
Instead, sign up for text support to receive: