Why Did the U.S. Experience a Surge of Drunk Driving Deaths in 2020

At the height of the COVID-19 pandemic, bleak statistics continuously scrolled our television and computer screens. Each day was met with a growing rate of pandemic-related deaths and infection rates. For many of us, these numbers left us anxious and uncertain of the future. As the pandemic continued, new startling statistics began to emerge. Whether due to isolation, fear, grief, unemployment, or a combination of the pandemic’s detrimental effects, the rate of substance abuse skyrocketed. New studies show that drunk driving deaths also increased in 2020. 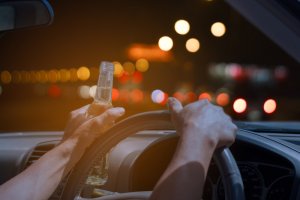 The findings came as a surprise to many; the U.S. experienced the most drunk driving-related deaths last year since 2007. Although substance abuse rates increased, most individuals remained home. Many social events that facilitate drinking were cancelled. So, on mostly empty roads and little travel, what contributed to this surge in drunk driving and traffic deaths?

Correlation Between COVID-19 and Substance Abuse

As stay-at-home orders were implemented in 2020, alcohol sales soared. According to a report by Nielson, national sales of alcohol increased by 54% in the week of March 21, 2020, compared to the same week in 2019. As the year continued, the rate of substance abuse continued to increase. In June of 2020, the Centers for Disease Control and Prevention (CDC) reported that 13% of Americans surveyed had started or increased their substance abuse to cope with the effects of the pandemic.

Many experts referred to the pandemic as a perfect storm for substance abuse. As people struggled with economic strain, isolation, and generalized anxiety, the effects of COVID-19 led many to try and cope with their stress through substance abuse. In fact, the same report by the CDC on substance abuse also indicated a 31% increase of anxiety or depressive symptoms among those surveyed.

However, the increase of substance abuse does not necessarily explain the increase in drunk driving-related deaths. Although many reported an increase in drinking, the roads remained largely empty. With stay-at-home orders, social distancing, and the shuttering of bars and restaurants, many Americans simply had nowhere to go.

The U.S. Department of Transportation’s National Highway Traffic Safety Administration (NHTSA) reported 38,680 traffic-related deaths in 2020. This is an increase of 7.2% deaths compared to 2019. This number of traffic deaths is the most since 2007. While lockdowns did keep most Americans off the roads, the NHTSA reported that the lockdowns may have actually contributed to the increase in drunk driving and traffic-related deaths.

Although the organization reported that Americans drove 13% fewer miles in 2020, the less-congested roads led to riskier driving behavior, including impaired driving, speeding, and failure to wear a seatbelt. Overall, the NHTSA reported that reckless driving, including incidents of speeding and extreme speeding, steadily increased during 2020. In addition, alcohol-related traffic deaths increased by 9%. Serious crashes involving drugs or alcohol also increased. Along with less-congested roads, some experts contribute riskier driving to motorists who felt police were less likely to intervene due to the risk of COVID-19 exposure.

Although most bars and restaurants closed, some also speculated that an increase in “to-go cocktails,” a service some establishments offered in 2020, contributed to the rise of drunk driving incidents. However, the organization Mothers Against Drunk Driving (MADD) has since rebuked the correlation of to-go cocktail service and increase rates of drunk driving. 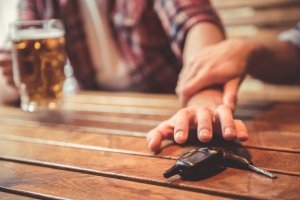 The real correlation between drunk driving deaths in 2020 and COVID-19 seems to be the pandemic itself. Whether due to less-congested roads, an increase in substance abuse, or higher rates of mental health problems, the pandemic contributed to overall risker behavior. As we begin to return to normalcy in 2021, perhaps our behavior will begin to reflect a sense of hope, mindfulness, and better decision-making.

Matt Berry
Author
Matt Berry is a published author, award-winning journalist and editor. For more than a decade, Matt has specialized in covering U.S. substance abuse … Read More
Read Our Editorial Policy
Recent Posts
Related Tags
drunk driving
Don’t wait. Call us now.
Our admissions navigators are available to help 24/7 to discuss treatment.
Prefer texting to talking on the phone? We’ve got you covered 24/7.
Instead, sign up for text support to receive: