Which is Worse: Drunk Driving or Drugged Driving?

With many states legalizing marijuana, and Oregon going as far as to decriminalize possession of most other drugs, one question is on a lot of peoples’ minds: won’t easing restrictions on drug use (legal or illicit) increase injuries and deaths on the road?

Often, a counter-question is posed in response: is drugged driving really any worse than drunk driving?

Of course, we may not be able to answer either question with complete certainty; however, we may be able to at least get some insight on the subject by looking some research. 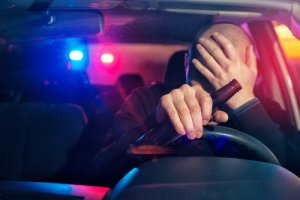 Let’s see if we can determine which is worse, drunk driving or drugged driving?

First, let’s look at some statistics regarding drunk driving and drugged driving and see if there’s anything we can learn by comparing the two.

If you were to purely look at current data and compare the amount of drunk-driving fatalities with that of drugged driving, you’d immediately conclude that drunk driving is much worse based on the sheer volume of alcohol-involved traffic deaths. This may not tell the whole story, but we’ll get to that later.

According to the National Highway Traffic Safety Administration (NHTSA):

Statistics pertaining to drugged driving are a little harder to come by, however we do know that:

While drunk driving causes more fatal accidents each year, there are several reasons why we can’t conclude that drunk driving is more dangerous than drugged driving (at least not yet):

Okay, so maybe data won’t give us the whole story, what can we learn about how each substance affects someone’s ability to drive?

How Do Different Drugs and Alcohol Affect Driving?

If we can’t get hard data to prove one drugged driving is worse than drunk driving or vice versa, maybe learning the effects of certain drugs may provide us with some answers. Let’s look at the common categories of mind-altering substances and see how each substance inhibits driving ability.

Depressants have a sedative effect, reducing activity in the nervous system and brain. These substances work in different ways, however each has been proven to impair judgement, concentration, and coordination—all things that would negatively affect someone’s driving. Common depressants include:

Stimulants speed up an individual’s body systems, raising heartrate and the brain’s supply of dopamine. They’ve been known to improve focus, which sounds like it would actually help someone drive. Not quite: High doses of stimulants often cause increased agitation, loss of coordination, higher probability of risk taking, aggressive driving, and speeding among drivers. Common stimulants include:

Cannabis (marijuana) also impairs someone’s ability to operate a motor vehicle. Marijuana slows an individual’s reaction time, impairs their ability to judge time and distance, and negatively affects coordination. Research shows that people driving under the influence of marijuana tend to weave between lanes dangerously and pay less attention to the road.

Hallucinogens change an individual’s perception, thoughts, and feelings, and cause hallucinations (i.e. seeing or hearing things that are not there). In addition, these drugs have been known to reduce a person’s inhibitions and affect their decision-making abilities. Clearly, these effects would make it difficult for someone on hallucinogens to drive safely. Common hallucinogens include:

Which drug do you think most affects someone’s driving ability? If it was up to us, we’d prefer not to share the road with someone under the influence of any substance!

As you’ve probably predicted by now, there’s no way to definitively say whether drunk driving or drugged driving is worse. That said, there are some things we can say with certainty: 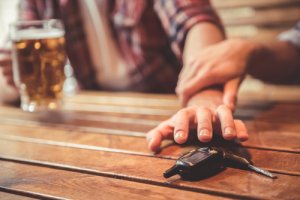 As to whether legalizing certain drugs and decriminalizing others will increase traffic collisions and fatalities, we’ll also have to wait and see; Though according to the Insurance Institute for Highway Safety (IIHS), legalizing marijuana caused a 6% increase in traffic collisions (the study did not compare fatalities). However, this conclusion has been debated, since the study was performed by comparing total accidents in states where marijuana was legal to neighboring states that did not legalize the drug. This data doesn’t necessarily prove marijuana legalization was the cause of increase.

When more data becomes available, perhaps we’ll be able to draw conclusions on which substances are worse for driving and what effect drug legalization has on traffic safety. In the meantime (actually all the time), we recommend you don’t take any chances and always drive sober, no matter the substance in question or the existing laws—if not for yourself than for other people with whom you share the road.

James Regan
Author
James Regan is an addiction content expert at American Addiction Centers with years of experience working in digital media.
Read Our Editorial Policy
Recent Posts
Related Tags
alcohol
drugs
drunk driving
Don’t wait. Call us now.
Our admissions navigators are available to help 24/7 to discuss treatment.
Prefer texting to talking on the phone? We’ve got you covered 24/7.
Instead, sign up for text support to receive: