Esports: The Sharp Edge of Adderall in Professional Gaming 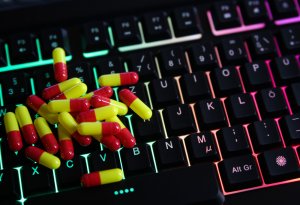 For any serious competitor, finding a competitive edge is going to be part of game-planning. In a perfect world with a level playing field, this edge is realized through experience, practice, research, drive, and commitment. However, there’s always the temptation to find a sharper – and more ethically ambiguous – edge to win. From steroid use to spying on the competition, the temptation to find this sharper edge is prevalent through all sports. At the highest echelons of professional Esports, Adderall has found its place as this edge.

Over the past decade, Esports has become more popular across the world. With more popularity comes more money on the line and stiffer competition. Many professional gamers report that Adderall abuse is now the norm in Esports, not the exception. With that said, there’s three questions many are now asking: How prevalent is stimulant abuse in Esports? Does Adderall abuse really offer an edge in gaming? And how risky is the mix of Esports and Adderall? 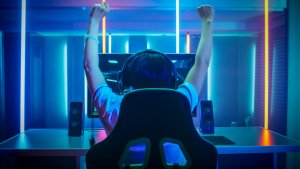 The Prevalence of Adderall Abuse in Esports

As Esports increases in popularity, the rumblings of stimulant abuse within professional gaming seems to grow louder with gaming’s growing popularity and audience. In the simplest terms, the chance of a professional career in Esports a decade ago wasn’t as plausible as it is today. As money grew, tournaments organized, and gaming leagues formed. This increased the possibility of becoming a real (and well-paid) professional gamer for many Esports competitors. And those ‘many’ competitors equate to more competition. So, while Adderall abuse in Esports may’ve always been prevalent, the sheer pressure to find an edge seems to correlate with professional gaming’s rising stakes.

A 2020 piece by the Washington Post may’ve been the first – if not most-widely read – article to address Esports and Adderall abuse. In the article, many professional gamers report that stimulant abuse is an open secret among gamers. They also note that nobody talks about it because everyone was using. Regardless of its acceptance, one professional gamer still described Adderall abuse as a “major problem.”

In 2013, researchers conducted a comprehensive study to explore substance use habits among videogame players. The questionnaire given to 4,821 gamers collected information regarding the type of substances used, the motivations to take the substances, and the correlations between gaming habits and substance use habits. While the study offered many takeaways, one result stood out: the more a person played videogames, reflecting a more professional attitude towards gaming, the more likely they’d use stimulant-type pharmaceuticals, such as Adderall.

While this may change, Esports leagues and tournament organizers do little to enforce substance use policies. In fact, most leagues and tournaments do not include any type of substance use regulations in official rules. However, policy makers have two problems. Prescription drugs are legal, so how could leagues and tournaments enforce a drug taken as prescribed? Secondly, no real research exists that proves Adderall improves gameplay. With that said, the U.S. Anti-Doping Agency (USADA) does consider Adderall as a performance-enhancing drug, and its unprescribed use is banned in other professional sports.

Within its community, professional gamers disagree if Adderall actually improves a person’s ability to play. In a recent article in PC Gamer, one psychiatrist explained why Adderall would not improve someone’s ability to play videogames. In short, the psychiatrist compared someone without ADHD taking Adderall to someone with 20/20 vision wearing eyeglasses. While Adderall may help with alertness, reflecting its “study drug” reputation, the drug wouldn’t improve cognition, decision-making, communication, or other important skills in professional gaming. While the performance-enhancing ability of Adderall in Esports is debated, the inherit risk of abusing Adderall is not debated among health experts. 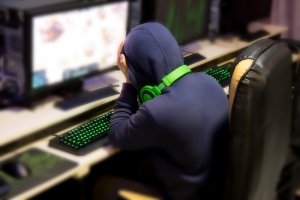 Adderall is a powerful stimulant and a Schedule II prescription drug, which categorizes the drug as high risk for abuse and dependence. The risk of Adderall abuse spans from simple sleep difficulties and dry mouth to paranoia and hallucinations. Physically, Adderall abuse can also cause tremors, heart attacks, seizures, and strokes. While Adderall may seem overprescribed and ubiquitous in American culture, this does not negate Adderall’s powerful effects and health risks.

Esports will continue to grow in popularity. In fact, it’s the fastest growing competitive sport in the world. If Adderall abuse is a problem within Esports, it will be important for policy makers (and loved ones) to monitor any abuse and brainstorm strategies to combat it. Finding an edge will always be a part of competition. However, we’ll need to remember that playing with sharper edges may involve outside-of-game consequences, especially when it comes to powerful drugs.

Matt Berry
Categories
Recent Posts
Related Tags
adderall
esports
stimulants
Don’t wait. Call us now.
Our admissions navigators are available to help 24/7 to discuss treatment.
Why call us?
Want to get help, but not ready to talk?
Instead, sign up for text support to receive: