The opioid epidemic is perhaps the worst public health crisis the U.S. has ever endured. Each year, tens of thousands of individuals die of opioid-related overdoses, while millions more suffer from addiction. To win the war against opioids, the country needs every weapon in its arsenal. Unfortunately, one of the most effective weapons in that fight just became six times more expensive. 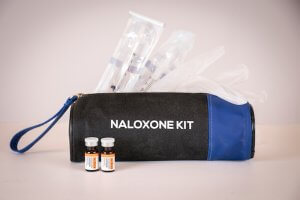 A recent bi-partisan Congressional report from a Senate subcommittee found that the Virginia-based pharmaceutical company Kaleo raised the price of its lifesaving opioid overdose-reversal drug EVZIO from $575 to $4,100—an increase of over 600 percent—in the past four years. The same report also found that the price hikes cost taxpayers over $142 million in that time period due to increased Medicare and Medicaid expenditures.

Senators Rob Portman (R-OH) and Tom Carper (D-DE), who penned the report, characterized the company’s actions as an attempt to “[c]apitalize on the opportunity” of “opioid overdose at epidemic levels” and a “well established public health crisis.”

“The fact that one company dramatically raised the price of its naloxone drug and cost taxpayers tens of millions of dollars in increased drug costs, all during a national opioid crisis, no less, is simply outrageous,” Sen. Portman, chairman of the subcommittee, said in a statement.

EVZIO is an injectable form of naloxone, an opioid antagonist typically used to reverse the dangerous medical consequences of an opioid overdose. First introduced to the market by Kaleo in 2014, EVZIO was considered a breakthrough in opioid overdose-reversal medication because it could be administered by people without medical training such as family members or other care givers, a critical advantage in the event of an overdose when time is of the essence.

Why does this matter?

Kaleo’s decision to raise EVZIO’s price comes amid the worst drug overdose crisis the U.S. has ever seen. According to the CDC, over 70,000 people died of drug overdoses in 2017. This is more than the total number of American casualties in the entire Vietnam War.  Worse still, nearly 50,000 of these deaths were opioid-related. As the Senate subcommittee report also pointed out, “The Department of Health and Human Services’ 2018 National Survey on Drug Use and Health found that 11.4 million Americans misused opioids last year, while 2.1 million Americans suffered from opioid disorders.”

Though other forms of treating opioid overdoses do exist, EVZIO is a particularly useful drug for two reasons. First, it is easy to use, meaning those without medical training can administer a dose. Second, EVZIO can be obtained without a prescription, meaning there are no barriers preventing individuals from carrying it.

Additionally, EVZIO is also incredibly fast-acting, generally taking effect in about two minutes. This is incredibly fast, especially when compared with other forms of naloxone, which can take as long as five minutes to start working. 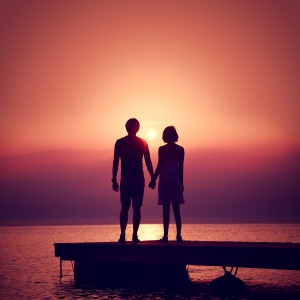 Are there alternatives to EVZIO?

Fortunately, EVZIO isn’t the only form of naloxone available on the market without a prescription. Narcan, naloxone in the form of a nasal spray, can be purchased over the counter at most pharmacies. A single kit of Narcan, which includes two doses, costs $125 wholesale but can be bought for significantly less with most kinds of insurance. Naloxone is also available as a generic, which typically cost between $20 and $40 per dose.

Where can I find more information?

You can read Sens. Portman and Carper’s complete report here. You can learn more about naloxone here, and more about EVZIO here.

Kevin Schwartzbach is a freelance writer and the editor-in-chief of Noticed.co, a marketing and branding startup. Kevin enjoys writing about everything from science and technology to travel and entertainment to politics and law.

Share
About The Contributor
Kevin Schwartzbach
Author
Kevin Schwartzbach is a freelance writer and the editor-in-chief of Noticed.co, a marketing and branding startup. Kevin enjoys writing about everythi … Read More
Read Our Editorial Policy
Recent Posts
Related Tags
opioid
Don’t wait. Call us now.
Our admissions navigators are available to help 24/7 to discuss treatment.
Prefer texting to talking on the phone? We’ve got you covered 24/7.
Instead, sign up for text support to receive: