Making Space in a Crowded Mind

They say that addiction is not a disease. I say take a little look inside my noggin. I was truly insane. And it kept getting worse.

I do not have a lot of empty space in my head. It is full of stuff. Good stuff.  Fun and useful stuff. Stuff I need to get the most out of life. Memories, dreams, and plans are in there, right next to things I don’t think about, things like keeping my heart beating, my eyes blinking, and my lungs breathing. There was a time that I allowed thoughts about my addictions in there, rent free. And they took up a lot of space; most of the space, to be honest. If I wasn’t actively drinking, or nursing a hangover I was thinking about how and when my next drinks were coming. I had developed an intricate secret life, one that allowed me to drink the way I wanted.  And I wanted to drink a lot. Enough never meant much to me, more than enough was more my speed.

Problem was, there never was enough. Or even more than enough. 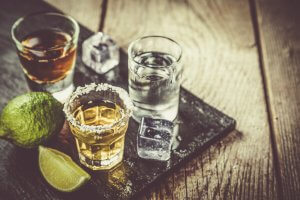 It took planning and strategizing to keep my body primed so I had to put a lot of thought into maintaining proper supplies. I had the spouse approved stash, the secret stash and the stash yet to come. Keeping the spouse-approved stash at a respectable level was far more intricate than one would think. A thirty pack, according to my significant other should last anywhere between a week and fifteen days depending on the current algorithm; weather, company and holidays were part but not all of the equation.  Add to that the bottle  of vodka under the sink, the “company bar,” which consisted of weird things like Crème de Menthe, brandy, Galliano and Beefeater Gin and whatever wine I managed to hoard and things get downright complicated. Keeping replacements handy is not as simple as it would seem. Watering down perfectly fine booze is only a last resort.

Rotating spouse-approved beer with supplies from the secret stash only worked for as long as that stash was stocked, and to keep it stocked at a level that an active alcoholic involved rotating supply sources. The people who worked at the local liquor stores would begin to question the need for so much alcohol so a network of suppliers needed to be established.

And the money! The Wizard of Wall Street I am not, so funding my habit became increasingly problematic. Stashes of ones here, fives there, a few twenties in the side pockets of my wallet when I could get my hands on them kept the train rolling, but it was a constant source of stress. I always worried that I would not be able to provide myself with that which the people closest to me became more and more reticent to let me have.

Ditching the Booze and Seeking Help

My brain was full. Things that needed thinking about were pushed away. I was miserable, and tired, and sick of just about everything. Yet still, I drank.

Seemingly out of nowhere, a moment of clarity managed to rise to the top of my chaotic mind, and I latched on to it for all it was worth. I knew I would not be able to maintain my madness forever, and through divine intervention, happenstance or desperation I forced myself to bask in the serenity that accompanied that clarity. I held on to it as a drowning  man holds on to a floating log, and when that log became waterlogged I grabbed another, and another until I was able to muster the courage to find that which eventually saved me from myself.

I asked for help. I know that I would never do it on my own. 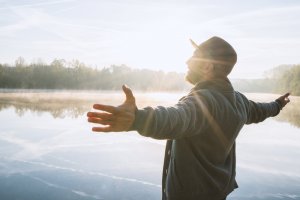 I’m pushing twenty now, twenty years of cleaning out the cobwebs from my mind. I think it will be a lifelong project; it’s pretty messy in there, but without the added burden of addiction I have room to roam, and organize, and allow new people and ideas to take hold, and fill my head with positive, nurturing things, rather than obsessive ideas revolving around my need to keep the substances flowing.

Michael Morse
Author
Captain Michael Morse is a retired firefighter in the Providence Fire Department.
Read Our Editorial Policy
Recent Posts
Don’t wait. Call us now.
Our admissions navigators are available to help 24/7 to discuss treatment.
Why call us?
Prefer texting to talking on the phone? We’ve got you covered 24/7.
Instead, sign up for text support to receive: