Read all about it: Novels About Addiction in the Last 10+ Years

Substance abuse serves as a theme for many a non-fiction book. The same goes for novels. Many works of fiction have featured addiction as part of their storyline over the years. Here are novels about addiction released within the last 10-15 that are compelling, even suspenseful and amusing at times. Several proved so popular that they made their way from print to feature films of the same name. 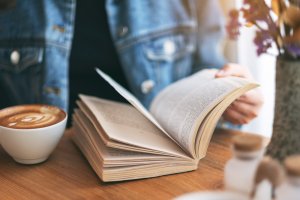 The author learned a lot about addiction through her own struggles as a teenager. She sets it out in a letter about this book, her first one. She attributes the young people’s program in Alcoholics Anonymous with saving her life. It ultimately led her to write The Art of Losing to help promote responsible drinking for teens. But there’s more. The story of Harley Langston teaches teens “to take responsibility for the things that happen because of alcohol abuse.”

The plot: a party one fateful night has a profound effect on the 17-year old main character. It forces her to acknowledge the substance abuse problem of her boyfriend and near death of her sister. It opens up her mind to accept new ideas and alters her life forever.  Entertainment Weekly says: “The Art of Losing handles the themes of guilt and the cycle of addiction with grace and deftness.”

Can a novel blend horror and addiction? Leave it to Stephen King to combine these and other riveting themes into one fictional work. Dr. Sleep picks up where The Shining left off with the protagonist Dan, now an adult, attending Alcoholic Anonymous meetings. Author King knows these sessions well, based on his own life experience. This psychological thriller is filled with twists and turns as Dan realizes he has psychic powers. He learns that alcoholism suppressed certain innate talents. In sobriety, he is able to recognize when people are dying and how to comfort them. This earns him the nickname of “Doctor Sleep.” But with this power comes haunting inner turbulence and external threats. This book shot to the top of the The New York Times Best Seller list and received the Bram Stoker Award for Best Novel. It was adapted into a movie that premiered in 2019.

What anesthesiologist does not have easy access to painkillers? That’s true in real life and for fictional Adrian Mandrick. A successful practitioner at a Colorado hospital, he seems to have the perfect life. Husband and father, he also is an avid birder. His birding “life list” is the third longest in North America, filled with 863 species. All is going well until he receives a phone call from his estranged mother. That disturbing chat sends him into an addictive cycle using the same medicine he prescribes to his patients. At the same time, the birder with the longest life list dies and Adrian has an opportunity to move into the number one spot. This all forces him to tackle conflicting issues and obsessions. The New York Times Book Review says this novel: “takes us on [a] painful, near death descent… and reminds us that endangered species aren’t the only ones that need to change and adapt in order to survive.”

The role of a Hollywood celebrity journalist is a glamorous one. It entails attending A-list parties, lots of them. Main character Amelia Stone enjoys her job and these events to an excess. She has a thriving career and a serious drug habit. Perhaps it’s an occupational hazard, but it causes her to lose her job and then fortunately to land in a hospital, where she comes to terms with her addiction. She achieves sobriety and regains control of her life. She also finds love and receives an opportunity to resume her career at another publication. There’s a catch. As she writes about the exploits of the glitterati based on her experience, invitations to attend parties start coming again. Will she resume her former lifestyle? Can she resist temptations that come along with it to stay in recovery? It’s fun to follow Amelia through the world of Hollywood and the challenges of being a party girl.

This author’s debut novel deals with real-life events: the war in Iraq, post traumatic stress disorder (PTSD) and the opioid crisis. It falls into the category of “autofiction” because it mirrors the writer’s past – from military service to addiction and prison time. Story: An unnamed narrator traces his time from dropping out of college to enlisting in the U.S. Army as a medic and self-medicating with opiates to quell his distress. He continues using after returning to civilian life, which dead ends his educational and career plans. When a new girlfriend enables his substance abuse, he finds he needs money to pay for his habit. How does he raise funds? He goes on a bank robbing spree. The New Yorker and others dubbed Cherry as “one of the best books of the year.” It is “a bracingly funny and unexpectedly tender work of fiction straight from the dark heart of America.” Stream the new movie on Apple TV+. 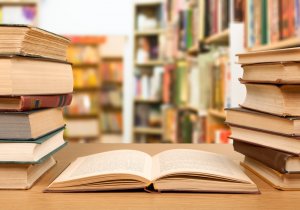 From Reading Novels about Addiction to Addiction Treatment

There are many more novels about addiction that detail the struggles of the disease. While reading about addiction, you may begin to recognize characteristics signs of addiction in yourself or a loved one. If so, know that American Addiction Centers has far-reaching services to meet all clients’ needs.

Sherry M. Adler
Author
Sherry M. Adler is a freelance writer based in the Greater New York City area, dedicated to using the power of words to inform and energize people.
Read Our Editorial Policy
Recent Posts
Related Tags
addiction
addiction stories
celebrity
Don’t wait. Call us now.
Our admissions navigators are available to help 24/7 to discuss treatment.
Prefer texting to talking on the phone? We’ve got you covered 24/7.
Instead, sign up for text support to receive: