Being a parent is challenging enough. But when the challenges evolve into a substance use disorder (SUD), it can be daunting. Parents may assume that they “know” their teenage son or daughter and may even believe that their child “would never” use drugs. The truth is, even parents who have provided a healthy and loving home for their children and remained heavily involved in their life are still susceptible to being blindsided by their child’s use of substances such as marijuana or meth, or to even having them face an opioid overdose.

Joy Sutton, host of AAC’s Recovery Stories from the Pandemic series, had the opportunity to interview Philip—a parent of a young man in his early twenties who nearly lost his life to an opioid overdose.

AAC  is the leader in addiction treatment with facilities across the nation, including Greenhouse in Grand Prairie, Texas. As an individual working in a facility that helps those struggling with substance misuse and as a parent who faced this battle head-on, Philip shares his personal story of the day he found his son in the middle of an overdose, discusses what he knows saved his son’s life, and how he believes he can help others to be prepared in an emergency to save the lives of others in the future.

You can listen to his candid message in this episode within this limited series.

If your adult child is battling an addiction to opioids or any substances, you’re not alone. There are resources to help. AAC provides inpatient and outpatient treatment in a safe and supportive environment. If you’re at a loss as to how to help your loved one, please reach out for help.

In this heartfelt interview, Philip shares what transpired on what was about a week before Thanksgiving 2020. Across the United States, political tensions were at an all-time high and we were still in the middle of a pandemic that had already taken the lives of well-over a 100,000 people domestically and counting.

“When I got home from work, my 23-year-old was with two friends, and they were outside playing with the dog. They then came in to go to my son’s room, which is not unusual because they’ve got a video station set up and I didn’t think anything about it,” said Philip.

It was just a regular evening. A time to unwind after work. Philip was chitchatting with his wife when…

One of the boys rushed partway down the staircase screaming, “Nicky isn’t responsive!”

“I ran upstairs immediately. And when I got upstairs, he [Nicky] was laying on his bed. I could look at him and see that he was turning grey. And his lips were starting to turn purple.”

This is a parent’s worst nightmare come to life. Between 1999-2019, almost 500,000 individuals died from overdoses associated with an opioid, inclusive of illicit and prescription opioids, according to the Centers for Disease Control and 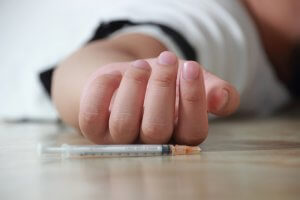 Philip grabbed his 6’4” son off his bed, dragged him onto the floor, and started CPR.

“What happened,” the concerned dad asked in between attempting to breathe air into Nicky’s lungs and applying chest compressions.

“He decided to take a shower. And when he came out, he said he wasn’t feeling good,” the two friends relayed to Philip.

This prompted Philip to run into the bathroom. And there he found the culprit that caused this event—a needle on the countertop.

Having worked in the substance misuse space for some time and seeing all of the evidence in front of him already, at this point, he knew what he was facing.

He ran to his car, as Philip always keeps Narcan with him at all times. This is an opioid overdose reversal drug. And between Philip, that drug, and later a trip to the hospital, Nicky’s life was saved.

To hear the rest of Philip’s story, please watch his interview in its entirety: Recovery Stories from the Pandemic series. And if you find that a loved one is struggling with an opioid use disorder, please reach out for the help that you need today.

Nitara Osbourne
Author
Nitara Osbourne, M.Ed., is an award-winning writer and Content Specialist at American Addiction Centers.
Read Our Editorial Policy
Recent Posts
Related Tags
opioid use disorder
substance misuse
Don’t wait. Call us now.
Our admissions navigators are available to help 24/7 to discuss treatment.
Prefer texting to talking on the phone? We’ve got you covered 24/7.
Instead, sign up for text support to receive: