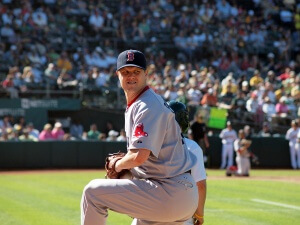 As a top Triple-A baseball team and affiliate of the famed Boston Red Sox, the team affectionately called PawSox (Pawtucket Red Sox) has a history of making careers.

From its early beginnings in 1896 as the Toronto Maple Leafs, through its jump to Louisville, KY, and then to Pawtucket, Rhode Island, the PawSox team has launched the careers of legends like outfielder Jim Rice, third baseman Wade Boggs, and catcher Carlton Fisk, all of whom went on to be Hall of Famers. Since their sensational Governor’s Cup season in 1973, the PawSox have engrained themselves in the Rhode Island way of life, and the local games, at the accessible McCoy stadium, have become a low-cost opportunity for young people to meet the thrill of baseball, for families to bond, for groups to relax on casual ground, and for everyone to see some really good baseball, close-up.
Its function as a major league training ground doesn’t stop at preparing legendary players. PawSox games have lent their Midas touch to many a broadcaster who has gone on to become a major league announcer or national sportscaster. This season’s co-broadcaster, Will Flemming, is the brother of former PawSox announcer Dave Flemming, who has gone on to announce the San Francisco Giants, from which vantage point he also guests on ESPN. And Will Flemming’s current co-announcer, Josh Maurer, has already had the chance to appear on NESN Red Sox baseball as a broadcaster, filling in for long-time NESN announcer – another PawSox graduate – Don Orsillo. From Gary Cohen (now with the New York Mets) to Aaron Goldsmith (with the Seattle Mariners), McCoy Stadium’s PawSox games have seeded majors across the country with broadcast talent. And now, Flemming replaces Jeff Levering (who went on to radio cast for the Milwaukee Brewers).

“I was always impressed with McCoy [stadium]” Will Flemming told the Pawtucket Times when he got the job. “And listening to my brother in his first year there, I’ll never forget how big league the broadcast sounded. The aura surrounding that ballpark … was something that always stuck with me.”
In the “intimate” McCoy stadium, the radio box, where Flemming and Maurer will host a pre-game radio show, will be found on the newly upgraded left field terrace, dubbed a “pre-game party spot” by Minor League Baseball news. 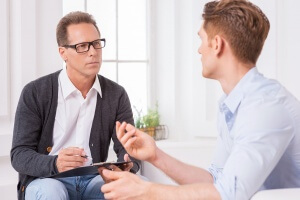 You don’t have to tell Will, an AAC River Oaks alumnus who is thrilled to be in recovery, that the minor leagues makes careers.

“Everybody is trying to climb up to the big leagues, not just the players, but everybody from the umpire to the mascot.”

Will knows this from his own career as an umpire in the Can-Am League, an independent league on a par with the Triple-A. As he talks about it, you can hear both his passion for the role and his dedication to the discipline. Good umpires, he explains, exhibit important skills beyond knowledge of the rules and an ability to focus on the play at hand.

“A lot of good umpires are not the best rule guys; you gotta have a feel.”

There’s a whole way an umpire must comport himself, according to Will. He has to “sell” the call. And the body language, the “mechanics,” with which he delivers a call can make all the difference.
“You can’t show weakness,” Will explains. A good safe call is “crisp.” “Everything looks tight. If you’re just flailing your arms, you look like you don’t know what you’re doing. You have to have believability.”

Will had the mechanics. He had the savvy. He could determine ahead of time how the game was going to go for him – whether it would be easy or contentious.

“The guy who doesn’t throw a lot of strikes is going to be more wild.” Calls on these less consistent players are more likely to be controversial. Then you may run into “managing” – that is, handling – a team manager who comes running out onto the field to argue a call.
As Will looked forward to making calls in the majors, he anticipated easier calls because the pitchers are at such a high level and more consistent. With solid connections in the business, great skills, and a good presence on field, Will was on track to go all the way.

Then came the season Will drew a hostile crew chief. While he maintained that all-important passive stance when interacting with his chief, he knew this was the type of personality friction that could end a career, particularly a career that is fiercely competitive and needs everything to go right.

Before long, the stress of the crew chief relationship began to wear on him, and Will started to look at odds that had never bothered him before.
“There’s guys that’ll make it all the way to Triple-A, get a number in the big leagues, and then they’ll just wait to get called up. They’ll get that meeting, thinking they’re going to get called up, and they’ll get released.”
In the end, it’s a crapshoot. And players on-track the way Will was must tune out that bit of realism. Yet Will began to wonder why he would devote 7 – 8 years of his life – a typical time frame for working through the minors to make the majors – betting against terrible odds. Together with the wear and tear of life on the road, and the unique loneliness the road lifestyle poses for an umpire, a perfect storm was brewing. Will became less able to “manage” his drinking and pill popping the way he’d always done.

Umping took a lot of control, coming out to games consistent, on time, pants creased, shoes shined – and by this time, he had graduated through pain pills to heroin. Even though he maintained just enough discipline to keep those balls in the air – he felt himself succumbing to addiction.

“I would suffer through the sickness of heroin, the withdrawals of 3 or 4 days, to fool myself that I was in control. I really was torturing myself.”
As Will tells it, he came to the point where he faced a choice: push forward, in the same shape, and go to umpire school or take a pause and go into rehab. Fortunately for Will, he overcame denial to be brutally honest with himself.

“I knew that lifestyle was not going to be conducive to getting to the big leagues.

My life was just tanking.”

Will chose rehab. “I wanted to stop because I knew I could be better. I decided to tell my parents the situation. The next day I was on a plane to River Oaks.”

Though Will is loving recovery, it’s not easy. He’s devoting his attention to it – attending meetings, talking to sponsors, sharing his experience and helping others. Though he may never jump back on the Major League express train, he is umping again. With his new sobriety, he found just walking out on a field again exhilarating.

“I wake up every day and I want to live.”

Will is wise to take it slow. He recognizes that having a clean and sober vantage point isn’t really about achieving the “big dream.” His focus is on strengthening recovery, day by day.

Being content where he’s at, baby steps – it’s all good. This is the approach that shines through when you speak to Will. And he is enjoying it.

Not only that, but Will sounds grounded. He speaks as someone whose vision, his sense of where and who he is, seems to be growing clearer with each sober day. When pressed about where his umpiring passion might take him, Will considers, “Maybe I’ll get back into it on the college level.”

May 7th, American Addiction Centers Alumni will come together from our facilities across the country to share recovery, enjoy food, and watch some good baseball close-up at the PawSox’ McCoy stadium.

“It’s all about connecting with other like-minded people,” says AAC’s New England Regional Representative Peter Barbuto, who helped put together the PawSox Alumni event.  “The key to recovery is connection.”

Triple-A baseball is a great place to soak up the hopeful energy of everyone from mascot to broadcaster. As they nosh before the game – an all-you-can-eat affair at the new “pre-game party spot” – Alums will likely be in earshot of the Maurer and Flemming radio warm-up show.

They’ll be in rarified air, filled with positive expectations for the future and players who, like the umpire, make it a point to show up, day after day, with sober vision and unswayable focus. Historically, PawSox baseball smiles on careers. For all those alums who come out for the AAC Alumni PawSox day, may the positive energy of the PawSox smile on you. – The AAC Alumni Team