Long before the United States started falling prey to the opioid epidemic that continues to ravage the country, Portugal experienced its own battle with society-wide addiction. By the late 1980s, one in every 10 Portuguese was struggling with heroin addiction, overdose-related deaths were on the rise, and the rate of HIV infection in the country was the highest in the European Union, according to The Guardian. The problem persisted throughout the 90s.

In 2001, Portugal took a radical approach to the problem: it decriminalized all illicit substances, even heroin and other opiates, and implemented harm reduction policies to help addicts get treatment. Fast forward to 2020 and it appears that the strategy is working. Soon after the change in law, the opioid epidemic leveled off and the country started seeing precipitous drops in addiction, HIV infection, overdose-related deaths, and even drug-related crime and incarceration. 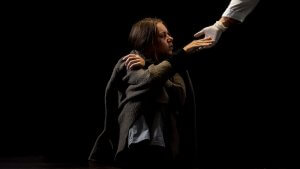 “Decriminalization,” in Portugal’s case, essentially means that those caught with a small amount of narcotics won’t be arrested. Instead, they might have to pay a small fine or simply be given a warning. They might also be required to appear before a local commission consisting of a doctor, a lawyer, and a social worker where they will learn about treatment options, harm reduction, and other support services that they may access.

According to The Guardian, Portugal’s policy rests on three pillars:

To be clear, decriminalization does not equal legalization. Purchasing and possessing most narcotics—including marijuana—is still illegal, you just can’t get arrested for it anymore.

Though Portugal’s decriminalization of drugs is widely viewed as a success, this success comes with two caveats.

The first is that the change in law accompanied a shift in culture, and it can be hard to parse which is the chicken and which is the egg. “In many ways, the law was merely a reflection of transformations that were already happening in clinics, in pharmacies and around kitchen tables across the country,” Susan Ferreira of The Guardian notes.

The second is that, while the country’s opioid crisis has stabilized, it hasn’t gone away completely. And in the wake of decriminalization, critics argue that Portugal hasn’t done enough to help people still struggling with substance misuse. For example, the state has not implemented such harm reduction methods as supervised injection sites and needle exchanges or made wide use of the anti-overdose medication, naloxone.

A model for other countries?

It’s undeniable that Portugal has experienced some tangible results in the time since it decriminalized drugs. Yet, other countries, for the most part, have failed to heed Portugal’s example. The U.S., in particular—with one notable exception—has not done much to change its drug laws. While efforts have been made to combat our own opioid epidemic, the law of the land is still such that users of illegal drugs like heroin are more likely to find themselves in prison than in treatment.

The one exception? Marijuana. The push for marijuana decriminalization and legalization has gained steam in the U.S. and in many other countries. Eleven states and Washington, D.C., have completely legalized marijuana while in all but eight states marijuana is either decriminalized or has been made legal for medical purposes. Canada also has legalized it nationwide.

However, given Portugal’s success with combatting its opioid crisis, decriminalization seems like a policy worth looking into for countries such as the U.S. that are now in the midst of their own crises. Unfortunately, the current political climate in the U.S. is such that decriminalization is incredibly unlikely at the federal level at least for now, but it still might be something to consider if and when the politics of our country change.

Share
Kevin Schwartzbach
Kevin Schwartzbach is a freelance writer and the editor-in-chief of Noticed.co, a marketing and branding startup. Kevin enjoys writing about everything from science and technology to travel and entertainment to politics and law.
Recent Posts
Don’t wait. Call us now.
Our admissions navigators are available to help 24/7 to discuss treatment.
Why call us?
Prefer texting to talking on the phone? We’ve got you covered 24/7.
Instead, sign up for text support to receive: